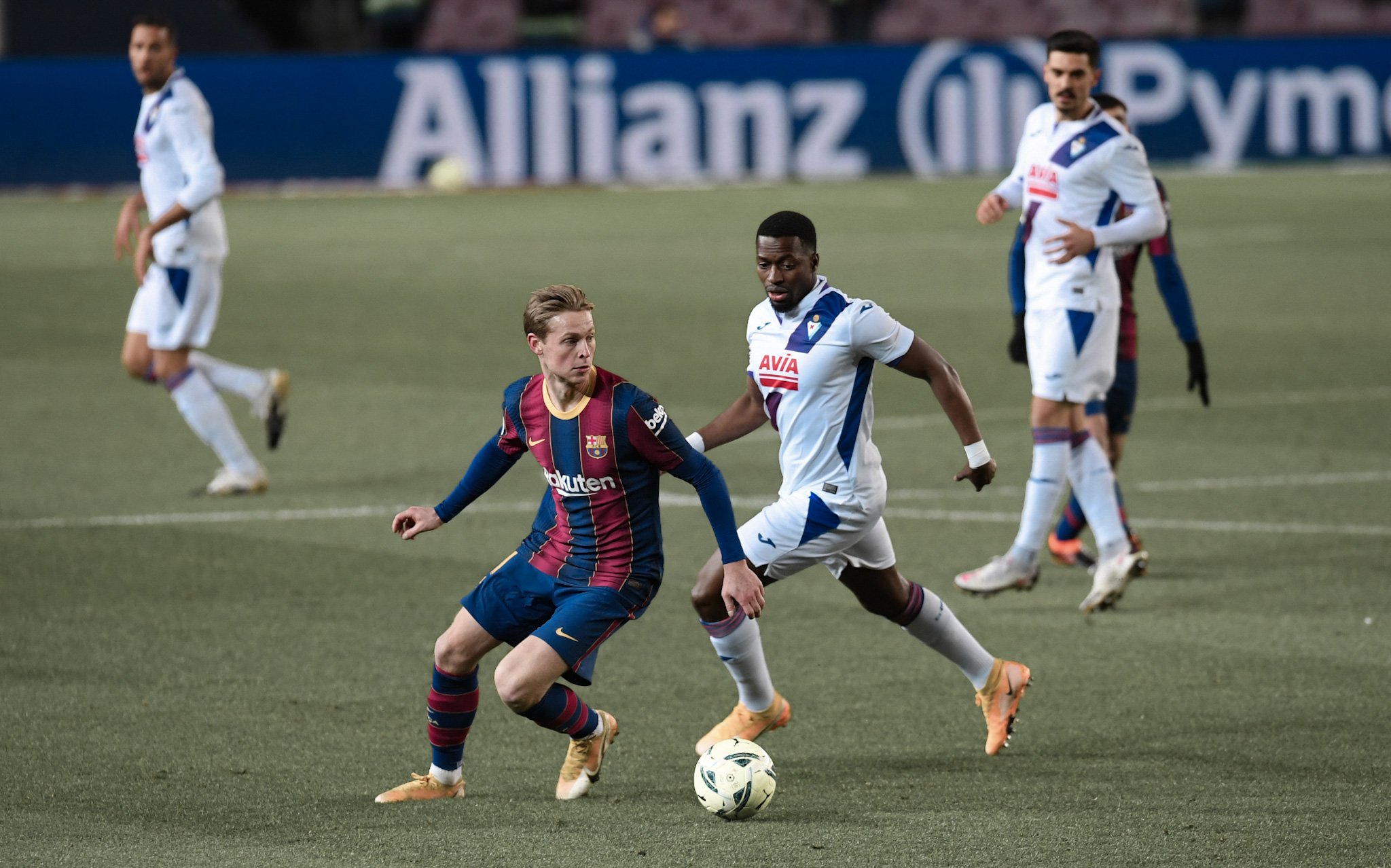 After a week off, Barcelona returned to the Camp Nou to face Eibar. José Luis Mendilibar’s men usually concede many goals at Camp Nou. However, Lionel Messi, an absentee of today’s game, was not there to score many goals like he did earlier this year. Ronald Koeman decided to go with the same formation deployed against Real Valladolid.

Martin Braithwaite did not have the best start to the game. The great Dane missed a penalty in the first five minutes. Ronald Araujo won the spot-kick after a corner. Braithwaite then continued his ordeal by scoring a goal disallowed for offside. Junior Firpo’s movement was superb, but he was caught offside.

VAR then har to make another decision as Eibar could have gotten a penalty. Oscar Mingueza lunged in and destabilised the attacker. After a lengthy review, the referee did not award a penalty to the visitors.

All in all, this first-half performance was promising at best—some decent signs from the home side deprived of some of their best goalscorers. Mendilibar studied the Blaugrana lineup well and often suffocated the hosts.

After a rather dull first-half display, Koeman decided to take off Sergiño Dest, who dearly needed the rest, for Ousmane Dembélé. Oscar Mingueza filled in for the American while Barça regained their 4-2-3-1 shape.

Dembélé was lively in the first few minutes. The Frenchman made many runs in behind, and Pedri picked him up from afar. The youngster’s magnificent pass landed on the winger’s feet, but the latter could not score. One minute later, Araujo would make a mistake and lose the ball in front of goal. Kike ran with the ball and scored. After dominating in the first few minutes, Barça went behind.

Many Culés panicked, and Koeman took Antoine Griezmann and Miralem Pjanic off for Philippe Coutinho and Francisco Trincão. A few seconds after the change, Junior Firpo’s one-two with Coutinho followed by a cross would end up in Dembélé’s way. The Frenchman, after messing up a clear opportunity earlier, equalised for his side.

In conclusion, after such an outstanding performance a week ago, Barça disappointed at Camp Nou. Koeman will have to rethink his tactics. Eibar usually get a beating at Camp Nou, not beating them or getting a convincing result is worrying.