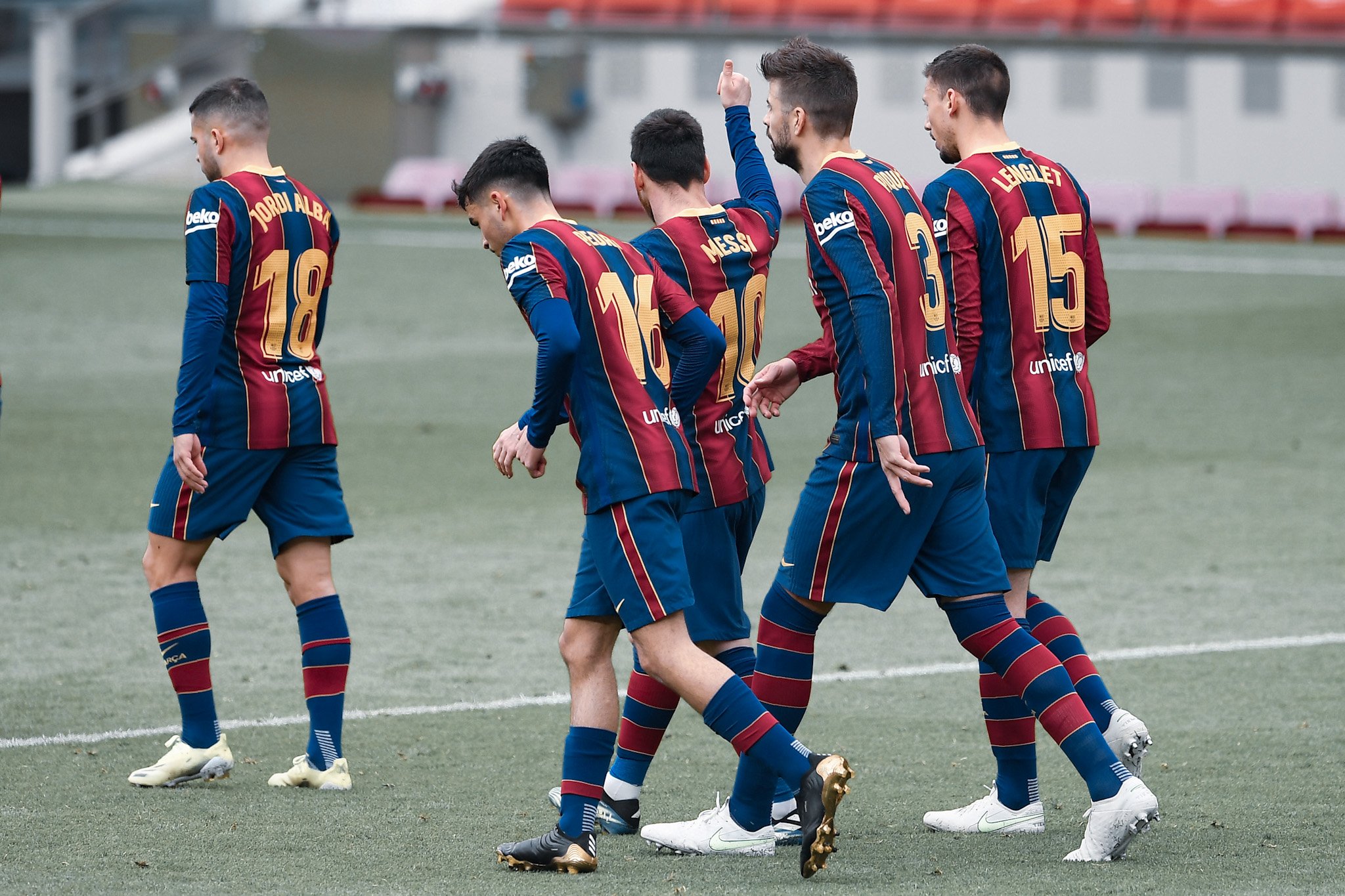 Getting back up after a humiliating loss in midweek is never easy. Ronald Koeman chose the same side that lost against Paris Saint-Germain, perhaps to showcase that he did not think Barça deserved to lose.

Barcelona were demoralised. For most of the half, Cadiz were happy to sit back in their half while Barça passed it around the deck. The Catalans lacked intensity, and it looked like it would be a typical Barça game against low blocks.

Clearly, Barça’s goal was to get the win to cut the gap on Atlético and in the first half, while not being scintillating, they did the job.

Cadiz came back from the dressing room with intentions to play with a higher tempo. Barça showed their class by continuously pinning Cadiz back.

The Catalans had many chances to score. On any other day, the locals would have had a bigger advantage, but they heavily missed their finishing boots.

Ousmane Dembélé was the epitome of the poor finishing on display from the Catalans. The Frenchman had a decent game but, as usual, missed crucial chances. Pedri, Dembélé and Lionel Messi animated the Barça side and were too good for Cadiz.

Before the 80th-minute mark, Barcelona had 20 shots compared to Cadiz’s solitary attempt. However, the visitors never gave up and got a point by the skin of their teeth. Mistakes from Barcelona have been costing them for the past year, and this game epitomised the Catalans’ woes.

After the PSG game, this performance was more reassuring, but the same problem – poor finishing – cost Koeman’s men more points.

31′ Pedri gets in a dangerous position, and two Cadiz defenders tackle him and do not get the ball. Penalty Barça.

38′ Messi finds Frenkie de Jong behind the defence, and the Dutchman scores. The referee disallows the goal as the midfielder is in an offside position.

44′ Again, Barça score an offside goal! Sergiño Dest and Ousmane Dembélé combine well on the right, and the right-back’s determination gets him past the opposition. A moment of incomprehension where Dest, in an offside position, touches the ball, which ends up in front of Pedri, who scores.

62′ Dembélé dribbles past the whole Cadiz team with a solo run and does his trademark crochet. However, a defender blocks his shot.

66′ Again, Dembélé’s run is superb, and he gets in front of the keeper, but his finish is poor.

88′ Clément Lenglet shoots Sanchez’s foot in the box and gives away a penalty.