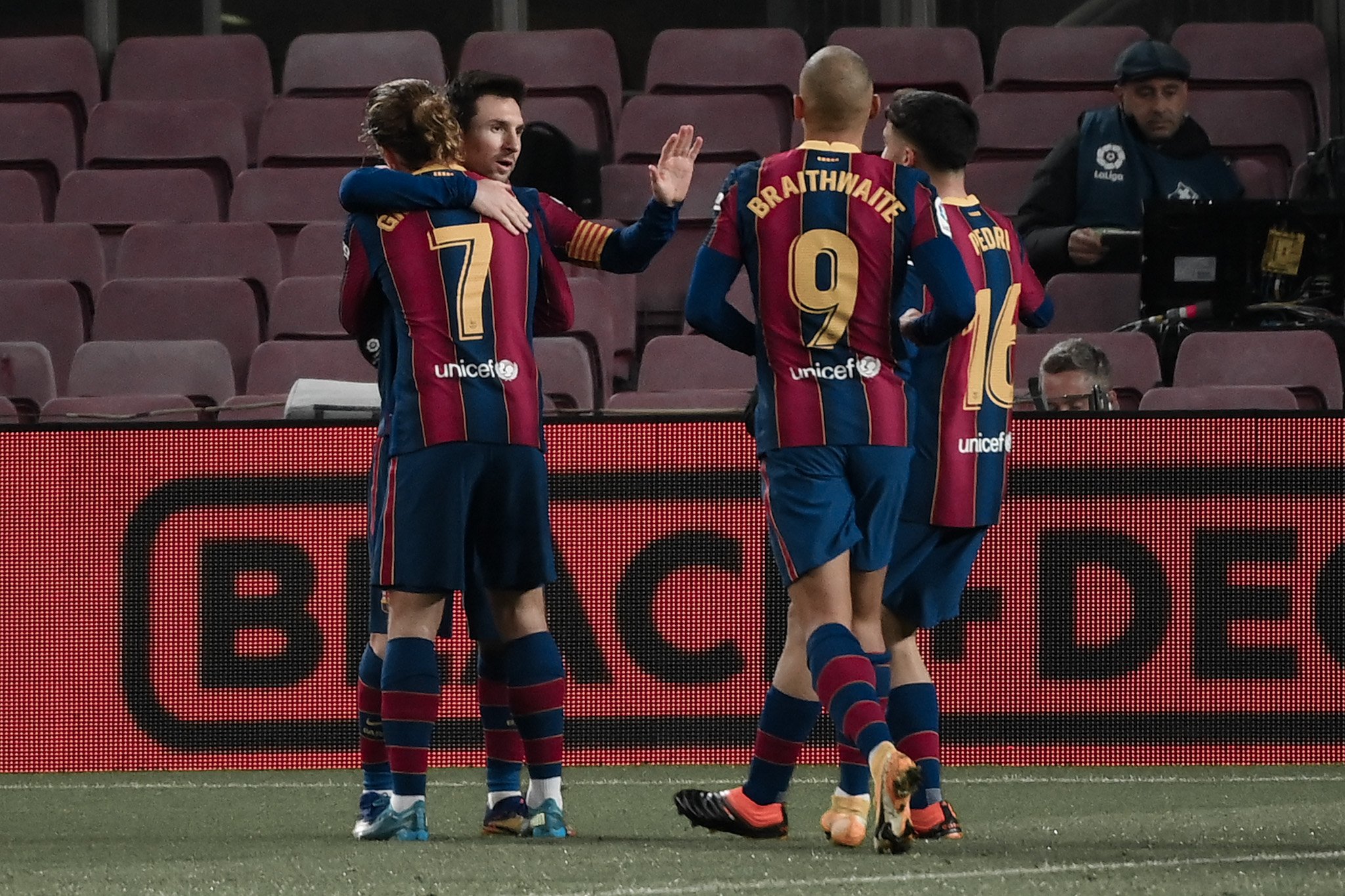 Barcelona had to win against Levante tonight. The Catalans are on a bad run, but there was light at the end of the tunnel. Levante have never gotten a point while playing at Camp Nou. Ronald Koeman came into the game with an uninspiring lineup, with the same front three as the Cadiz game. The team lined up in a 4-3-3, with no real wingers.

The Catalan giants struggled a ton. Levante got more chances than them and could have scored in the first few minutes. Jorge de Frutos found himself clear of any defender when he shot straight at Marc-André Ter Stegen. The Valencians then calmed down, but Barcelona were not the best team.

The best Blaugrana chance came when Martin Braithwaite shot from the edge of the box. Aitor Fernandez parried the shot easily, and Barça looked like running in circles. After that painful loss against Juventus, Barcelona had to show more. The tactic showed its limits when Frenkie de Jong ran aimlessly with the ball towards the right side.

No one was there to help the Dutchman, and Lionel Messi’s wayward shot came way off target. The locals became better as the half went on. They got better chances, but could not convert them. For example, Antoine Griezmann’s powerful volley ended in Aitor’s hands.

Koeman’s men have to do better. However, they have lost their confidence, and are playing like dead men on the pitch. No one was outstanding in the first half, other than de Jong perhaps. The Catalans went into the dressing room with nothing to cheer for.

Koeman did not change anyone at half-time. However, the Dutchman reverted back to his trusted 4-2-3-1. With his preferred tactical system, the Catalans attacked more and were only missing their finishing boots.

Lionel Messi got many chances and most of them from close range. The Argentine knew where to position himself even though he could not break the deadlock before the 75th minute. De Jong broke the lines with a beautiful pass that connected with Messi’s feet. The captain’s swift finish ended in Aitor’s top corner to open the scoring for his boyhood club.

Koeman introduced Pedri and Francisco Trincão, who offered a lot of pace on the left wing. On the other hand, Paco Lopez introduced José Luis Morales to get in behind the Blaugrana defence, but Ronald Araújo was a rock at the back.

The Uruguayan’s inch-perfect tackles were a joy to watch for every Culé. Other than the goal and a few good opportunities from Messi, the Catalans were dull and did not deserve a lot from the game. They are lucky that Levante were not good enough to break the deadlock earlier.

This game resembled the win against Athletic Club last season. Ivan Rakitic scored late in the game to spare Barça from their blushes. Nonetheless, this display has shown Culés that there are way more improvements to do.