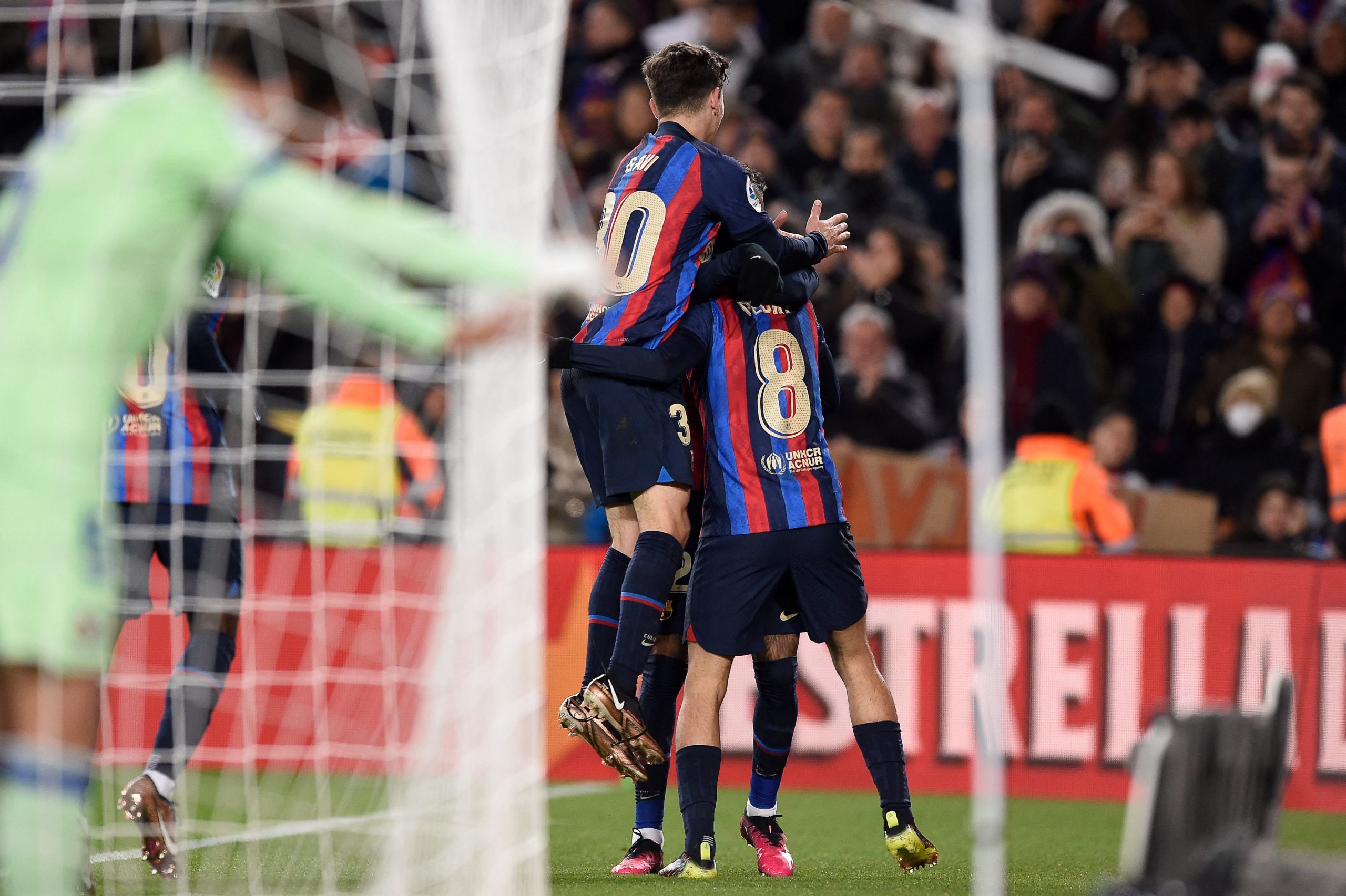 Barcelona had the chance to put pressure on Real Madrid when they took on Getafe at the Camp Nou. Already three points clear at the top, a win today would have temporarily sealed a six-point gap. And win, they did.

It was, by no means, as convincing as the last two games when they took on Real Madrid in a 1-3 win or the 0-5 hammering go AD Ceuta, though.

Getafe, as they usually do, sat back for most of the game and absorbed pressure without breaking shape.

After 35 minutes of deadlock, though, Raphinha brilliantly found Pedri in the box, who tapped home to score the early winner.

Unsurprisingly, the Madrid outfit hit Barça on the counter several times, and if not for some heroic goalkeeping from Marc-Andre ter Stegen, could have equalised, or even won the game.

Most of the final quarter of the game seemed like an extended rondo, but a very important three points for Barcelona nonetheless.

Barcelona’s saviour once again this season. Came up clutch with two heroic saves, including a 1v1 against Borja Mayoral. Then swept one last attack in the last ten seconds. Back like his hairline.

Nothing flashy, but did well to refresh passing options and retain possession. Kept it neat and tidy, but nothing to write home about.

Barcelona’s best defender today by some distance. Made a couple of solid tackles and blocks, almost single-handedly keeping away the Getafe attack for the most part.

Was hooked at half-time due to injury, but did fairly well in the 45 minutes he was on the pitch.

Lacked creativity to break the Getafe backline, and was understandably switched out for Jordi Alba at the break.

A game of the opposites for Pedri, who scored the winner, but ended up having one of his worst games in a Barcelona shirt. Gave away the ball twice which ended up in a solid chance, and if not for ter Stegen, would have been on the wrong end of the assist charts.

Busquets was the best midfielder for Barcelona by some distance, and did well to rotate possession. Made a couple of clutch interceptions, too. Lost his marker during a set-piece late on, though.

Created a chance, but other than that, was less electric than usual.

Had a forgettable 85 minutes, but came alive on the counter as Getafe tried to equalise. Created two good chances, but should have done more in attack before that.

Could not fill the void left behind by Robert Lewandowski. Clearly does not work well in isolation, which impacts his decision making in front of goal, too, especially instinctively.

Did well breaking lines with passes often, especially in the first half. Assisted the winner with the perfect cross, but other than that, mostly forgettable.

Could not do what was needed of him in the form of creativity in the final third, but manned his flank rather well.

Nothing too out of the ordinary. Decent.

Added some much-needed dynamic movement from midfield after coming on. Almost scored, as well. Gaining confidence.

Made an excellent recovery tackle in the last ten minutes to keep the game at 1-0.