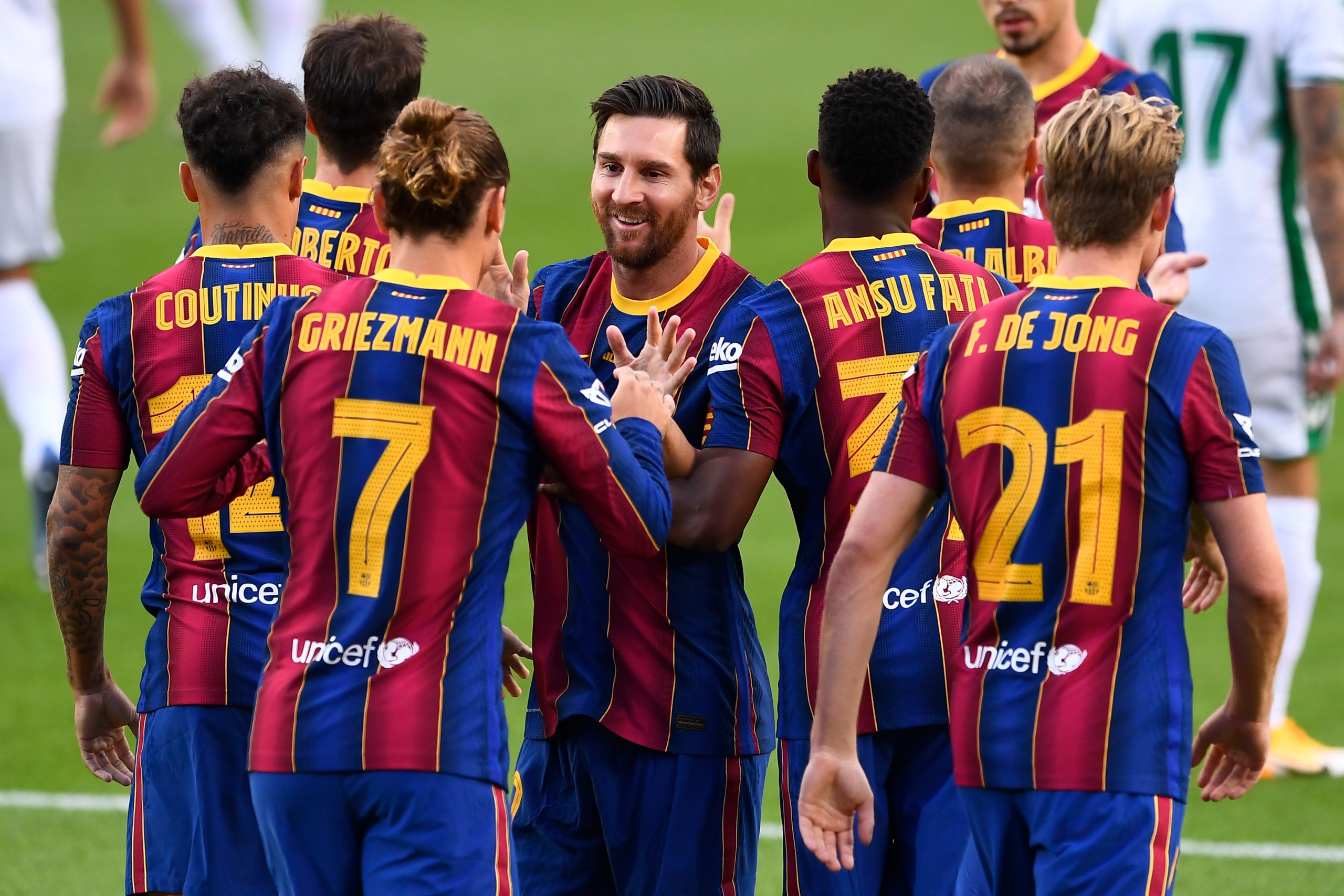 In their last pre-season game, Barcelona had to play at the top of their game before the match against Villarreal next Sunday. In the Gamper trophy, Barcelona showed many promising signs, especially in attack. However, the main talking point was Riqui Puig being left out of the squad.

Barcelona started the half really well as the movement was already better than what they showed in 2019/20, and the stale ball circulation became a fluid passing game which made Elche leave a lot of space behind.

Leo Messi started the recital with a typical pass to Jordi Alba, in acres of space, who had the time to give the ball to Griezmann whose run was everything Barça missed. Griezmann opened the scoring, and Barcelona kept going, in vain. However, the Catalans did try to breach the Elche defence and, at times, only a clinical striker was missing to be leading by 3 or 4 goals at the half.

With Griezmann’s shot stopped, Messi’s electrifying free-kick parried, and Coutinho’s header turned to a corner, Barcelona had the chances but no clinical touch. They continued with the excellent ball circulation while moving a lot to open spaces. One of the best moments of the game came in the 19th minute when Messi jogged back, and Griezmann ran into space to open the play for Sergi Roberto, and the action finished with a failed header by the Blaugrana attackers.

A good half that shows what Barça need: Clinical finishing.

Barcelona came in the second half with no changes and continued dominating the game without scoring goals. With the same enthusiasm and movement, the Culés found breaches in Elche’s defence and tried exploiting them with the same players.

However, at the half-hour mark, Koeman opted for a triple change and on came Ousmane Dembélé, Francisco Trincão and the long-awaited Miralem Pjanic. The former had the first bite of the cherry with a superb move from the edge of the area, dribbling one defender on his way to shoot straight at the keeper. Again, Barcelona didn’t have this clinical touch, and it cost them.

A few minutes after Dembélé’s effort, Philippe Coutinho, who had a decent game, passed the ball exquisitely to Trincão, whose questionable finishing didn’t match his excellent movement. He played well with great openings at times, just what Barça need on the wing. Pedri also came on and had a chance after Dembélé ran into space to give a great pass across the face of the goal.

Miralem Pjanic also should’ve won a penalty but the main talking point of the last minutes was a golden chance for Elche to get back on track. Still, thankfully, after horrific defending from the Blaugrana side, Neto put on his hero cloak and saved a shot at point-blank range.

A good victory, where perhaps the fans should’ve seen more goals, but at least there are promising signs. ¡Visca el Barça!