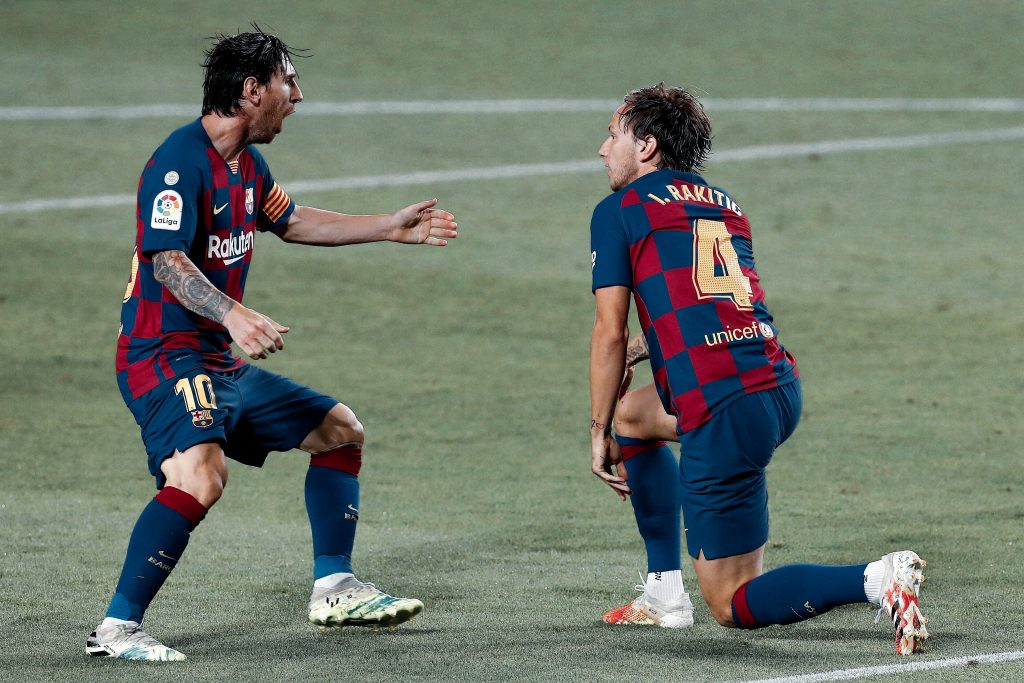 As the substitutes were more impactful than most of the starters, these are the ratings from each Barcelona player in Tuesday’s tight win over Athletic Club de Bilbao.

Barcelona sealed the three points against Athletic Club de Bilbao with a 1–0 win as the second half proved to be completely contradictory to the one on Friday Seville. While Setién could have done better with his starting XI, his substitutions were absolutely key, allowing his side to reign supreme in a crucial clash.

As imposing as ever between the sticks. Marc-André ter Stegen was rarely forced to make any demanding saved as the defence did most of the dirty work for the German international. Nevertheless, credits must be given to him for his incredible composure and delightful distribution. A remarkable fifth clean sheet in a row.

Gerard Piqué was a brick wall in defence and had no intentions of letting Athletic’s nifty forwards slip past him. Piqué’s impact on the game was unequalled as he made several admirable plays from the back. Although he seemed slightly worked up in the closing stages of the game, Gerard was successfully able to complete the 90 minutes.

Just another day at the office for Barcelona’s diligent defender. Clément Lenglet was a menacing figure in all departments, winning five out of six aerial duels and two out of three ground duels. The Frenchman played the ball out from the back comfortably, helping his side attain an optimal result.

As opposed to his game against Sevilla, Nélson Semedo was comparatively less lively and influential in attack. Even so, his bursts on the right hand side during the first half allowed Barcelona to find quick openings, which they frequently failed to utilise. After proceedings, the Portuguese sat deeper to defend his side’s lead.

Athletic Club’s compressed defence restricted Jordi Alba from finding the spaces he normally is accustomed to taking, but, nonetheless, his contribution moving upfield was visibly supportive. Added to that, he made a couple of decent blocks and interceptions on the defensive end. The Spaniard seems to be continuing his fine form.

Although Sergio Busquets seemed to be Barcelona’s best midfielder in the first half, his performance evidently deteriorated after proceedings. Considering the veteran has been playing games with such consistency, fatigue and tiredness may be influencing his performances. Still, his crucial block to deny Iñaki Williams from scoring early on in the game was commendable to say the least.

Chilean workhorse Arturo Vidal had a relatively silent night in midfield, losing possession often and unable to make a great deal of impact in the final third. After being a regular member of the first team, Arturo also seemed to have been a victim of sluggishness on the ball. However, credit must be given to him for being ever so dynamic with his pressing.

Arthur Melo came into this game with high hopes, but couldn’t quite live up to fans’ expectations as he was equitably inexpressive during Barcelona’s build-ups. With the continuous rumours linking him with a move to Juventus, the Brazilian needs to regain his spot in the team. In addition, Arthur failed to progress the ball forward and innovate, which substitute Riqui Puig excelled in doing.

“We will talk to Arthur to focus on what should be focused on. Rumors affect any player and I imagine that this is what’s happening. We need all players and Arthur is included in that list”

Argentine captain Lionel Messi didn’t have the most daunting performance in attack as he failed to find the back of the net, missing some convenient opportunities. Despite his ineffectiveness in front of goal, he still recorded his 250th assist and displayed his unmatched dribbling ability. A decent outing for Messi just before his birthday, but the long awaited 700th career goal is pending.

A shadow of his former self. Luis Suárez had an underwhelming game in accordance to his standards. He regularly missed good opportunities to score, while also preferred to ignore Antoine Griezmann’s runs in attack. If Barça intend to compete for the title, Suárez would need to rediscover his form.

Antoine Griezmann exhibited a tireless and indefatigable performance, trying to slip into prominent scoring positions and contributing to the host’s pressing. He was unfortunate to have received less support in attack, but the former Atlético de Madrid star was unquestionably far more influential and sacrificed than Suárez, despite often not providing the width desired.

Getting the most minutes in a La Liga game this season for him, Riqui Puig stole the show. Introduced in the 55th minute, he was lively, mobile, aggressive, purposeful and extremely smart to detect what each situation required and to be very involved in the pressing. By completely changing the flow of the game, the young midfielder proved that he is ready for more.

As has been the norm since the return of football, Iván Rakitić was in great form against Athletic as he replaced Sergio Busquets in the holding midfield role. In spite of his deeper position, he pressed, recovered the ball, stepped into the opposing goal and scored the vital winner after an assist from Lionel Messi. Rakitić seems to be back.

Coming on for Antoine Griezmann, Ansu Fati demonstrated once again that Barcelona needs more dynamic wingers like him. While his impact was not as noticeable as the one from the previous two substitutes, the 17-year-old provided personality and verticality, even enjoying a big chance just ten seconds after coming on.

• 5 takeaways from the Barcelona 1–0 Athletic Club