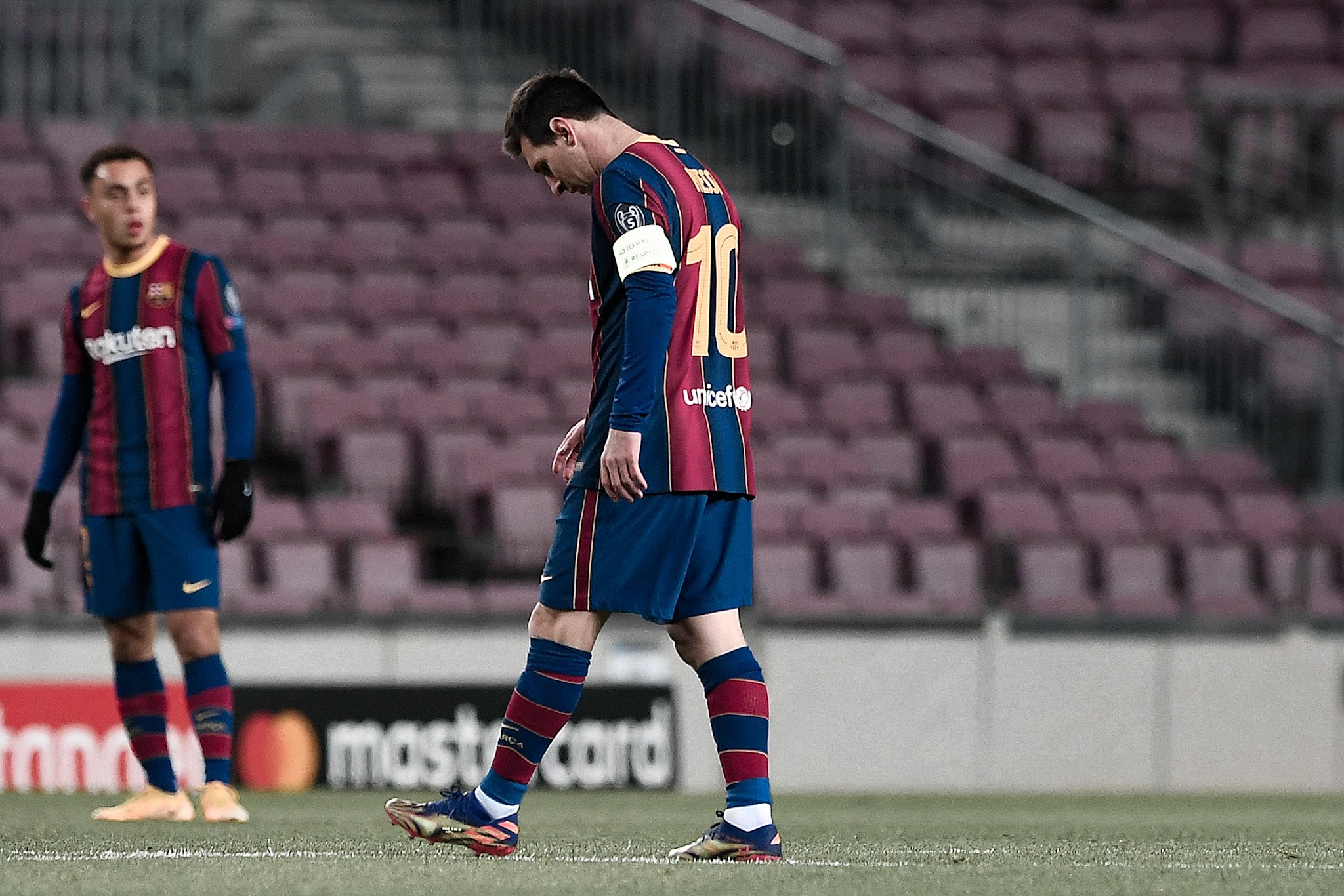 Barcelona came into this game after a terrible loss against Cadiz. In the Champions League, the Catalans have been brilliant, and they need to beat Juventus to get their confidence back. Ronald Koeman decided to go with a perfect lineup… On paper, at least.

The Old Lady suffocated their opponent from the start. Cristiano Ronaldo was everywhere in the beginning and won a soft penalty after a clash with Ronald Araujo. The Portuguese legend converted his spot-kick and put his team in front. After the visitors opened the scoring, Weston Mckennie connected really well with a cross from Juan Cuadrado. The American volleyed the ball in the top corner right in front Marc-André Ter Stegen.

There were no chances of note from the locals other than two shots from Lionel Messi which landed in Gianluigi Buffon’s gloves. The whole half was stale for the out-of-form giants. They were thoroughly outplayed and got a taste of their own medicine after playing their opponents off the park in the reverse fixture.

Koeman’s team talk at half-time will be interesting. On paper, his side should dominate the game, but perhaps the morale is so low at Camp Nou that they cannot keep their heads above water. Let’s see a different Barça after the half, especially if they want to keep their position.

Again. Barcelona came from their dressing room with nothing. Not envy, no creativity, no will to score a goal, Barça had nothing on a poor Juventus. Not Lionel Messi, not Clément Lenglet, not even Marc-André Ter Stegen. No one had a good game for the Catalans.

Lenglet continued his series of mistakes with a handball in the penalty area. The Frenchman is at the lowest point of his Barça career and even got substituted off! Cristiano Ronaldo got his second goal of the game from the spot. Junior Firpo also replaced Jordi Alba in the process.

Samuel Umtiti came on to bring back more serenity in the Blaugrana camp, but the Old Lady was just too good. The Catalan giants were incredibly woeful and conceded another goal. However, Leonardo Bonucci’s goal was ruled out for offside after a VAR review.

VAR also ruled out a penalty on Antoine Griezmann for Barça. The Frenchman, who had one of the worst games of his career, was in an offside position. It is fair to say that he does not warrant a start against his former Real Sociedad side.

Riqui Puig came on and woke his side up a bit. The youngster was lively and easily the best Blaugrana player on the pitch. He has to start in the next games. Ronald Koeman cannot overlook him anymore. His team is already at its lowest of lows. The Italians had a superb game, but the Blaugranas were extremely dire too.

That brings an end to the Match Review of the Barcelona 0-3 Juventus game.