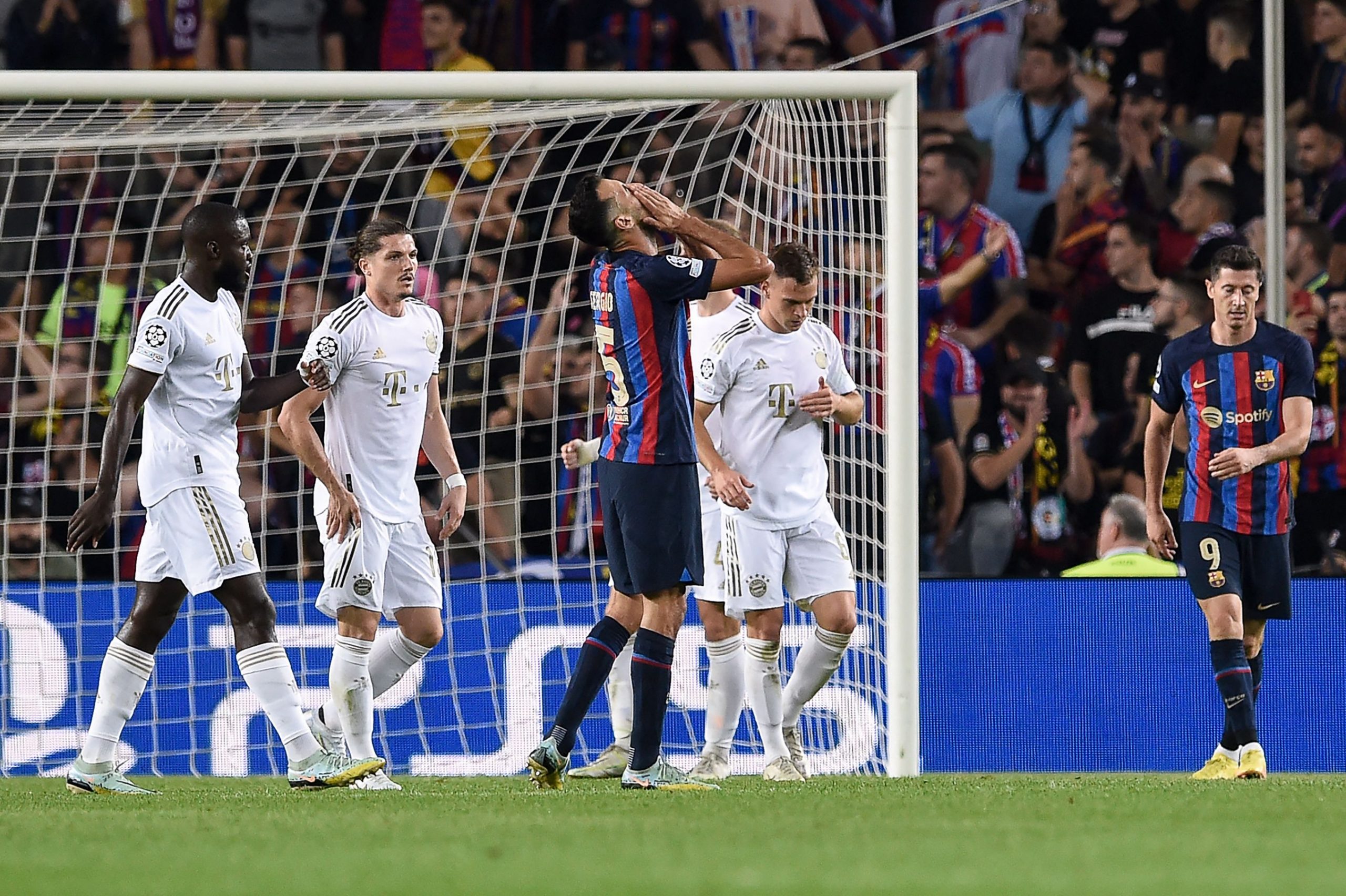 Even before Barcelona kicked off proceedings vs Bayern Munich at the Camp Nou tonight, they had been relegated to the Europa League. The Catalans could not conjure up a single win in their last three games in the UCL, and as a result, are officially finishing third in their group.

Dropping to the Europa evidently had a morale impact on the players, who were looking thoroughly demotivated from kick-off.

Bayern opened the scoring with Sadio Mane, and soon doubled their lead through Eric Maxim Choupo-Moting. As the minutes went by, Barcelona’s impact in the game reduced.

The two goals looked enough to carry the visitors through the next 45. Unfortunately, that was not the end of it for Barcelona, as Benjamin Pavard scored the third in injury time to round off a fairly comfortable win against Barcelona. Yet again.

Crumbled with his distribution under pressure and could have possibly done better for the Choupo-Moting goal. Still, far from the problem.

Terrible positioning during both goals, playing the attackers onside. Struggled to keep up against Alphonso Davies and Sadio Mane on the same wing together.

A bit clumsy in the opening minutes, but did well after that, with the ball at least.

Way too flimsy under pressure; should not continue at centre-back for Barcelona.

Did well a couple of times, troubled Noussair Mazraoui and Serge Gnabry, but not Bayern.

Barely existed in the game until he was moved deeper in a double pivot. Even then, needs to do a lot better than he is, right now.

Not only could Busquets could not go head-to-head against Kimmich and Goretzka, he showed terrible composure during one of Barcelona’s only decent chances of the game.

Made a fair few runs from deep, but looked far from his best, along with the rest of the team. Covered well for Garcia and Alonso at times.

Dembele had the performance today many expected from him in the first leg vs Bayern. Davies could not, at all, keep up with him, but alas, it led to pretty. much nothing. In fact, the Frenchman messed up the chances he created himself.

Should have released the trigger earlier on at least two different occasions.

Playing on the wing did not particularly stop Pedri from displaying his creativity. He released runners brilliantly, and was one of the better performers for Barcelona today.

Torres’ brilliant associative play was once again visible during the game. Created a handful of opportunities, but to no avail.

Trying to do a bit too much. Needs to go back to the basics.

Gave away the ball cheaply, was rescued by de Jong.

A lively presence in the final third, Fati was close to scoring tonight, but could only do so much. In hindsight, should have probably started tonight.

Tried a few risky moves, but none quite came off for him. Could do some real damage with more minutes.