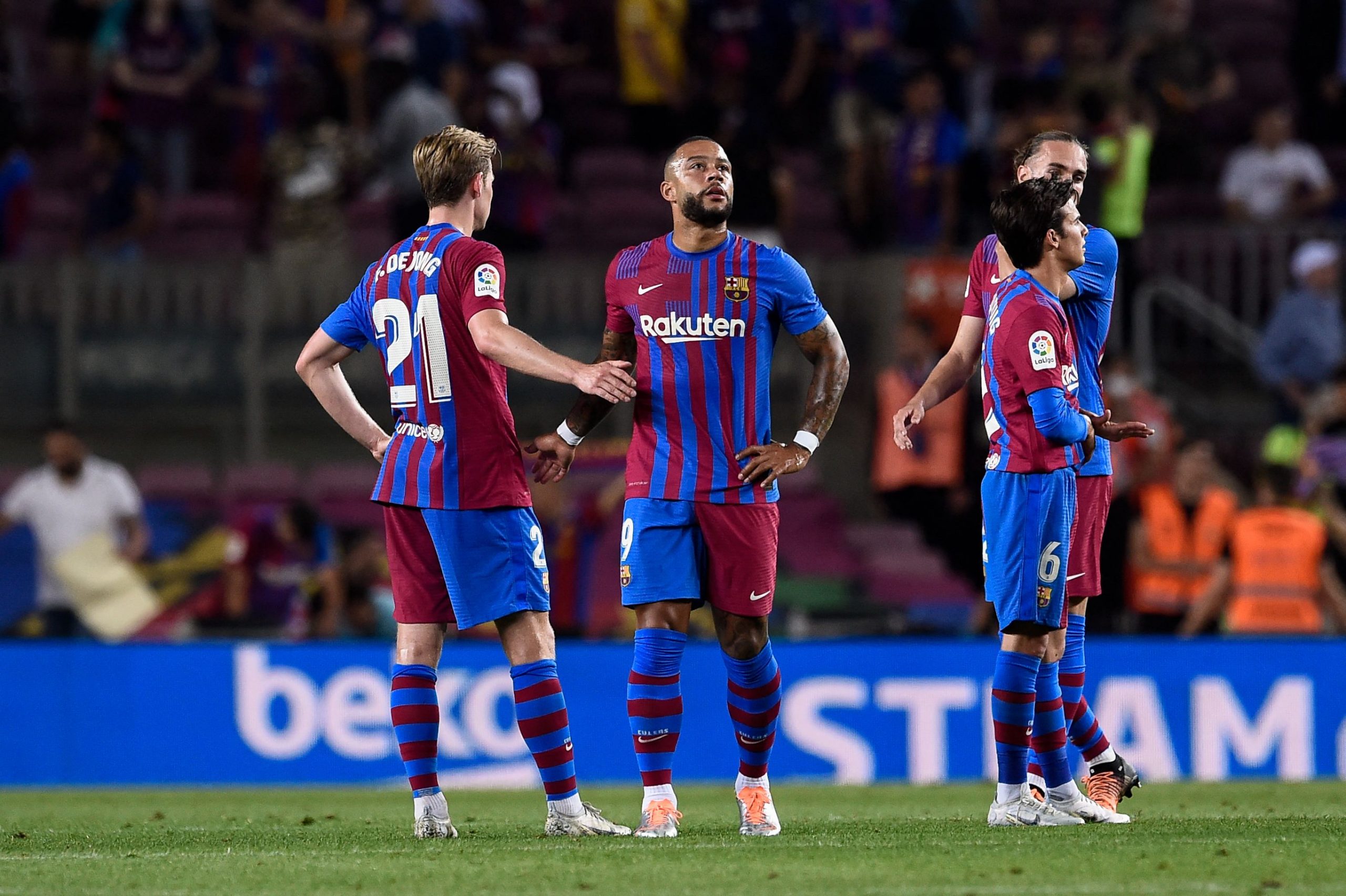 The final matchday of the 2021/22 season encapsulated what has been a laborious and challenging season for Barcelona. Champions League semi-finalists Villarreal came into the Camp Nou with more to play for, as the Catalans had already secured a top-2 finish.

Suffice to say, they got all they wanted as they cruised to a 2-0 victory, ensuring European football for next season.

Barça had a solid – if not promising – first half, but Villarreal scored right before the break and right into the start of the second half too. Now, the squad travels to Australia to play a post-season friendly.

Let’s take a closer look at how each Barcelona player performed in the ultimate match of the 91st La Liga campaign.

It wasn’t an awful performance by any means from the German shot-stopper, but he did concede two goals. Admittedly, he could not have done much more to prevent them from going in.

Positively, his distribution was on-par per usual, and he was quick on his feet to handle a dangerous pass back from Clement Lenglet during the proceedings.

For the second match week in a row, it was another disappointing performance from Dani Alves. The legendary right-back struggled to impose his will defensively and was subpar in attacking phases. Unfortunately, he was caught completely out of position for the first goal, leaving the entire right flank open.

The same thing happened for the second. Traore was left to cover and the Spaniard ultimately gifted the opposition the goal.

Araujo continued to show why he is arguably Barcelona’s best player. The Uruguayan was immense defensively, handling Villarreal’s forwards with vigour and strength.

He even wowed the crowd with a set of feints and fancy dribbling in the first half. It’s a shame he couldn’t walk away with a clean sheet.

Lenglet had a decent performance. He was not at fault for either of the two conceded goals and helped the team circulate possession quickly.

As aforementioned, he sent a risky ball back to ter Stegen that could have been intercepted by the opposition but was bailed out by the goalkeeper.

Jordi Alba remained a constant threat in the opposition half. The Spaniard always looked to make things happen and combined well with Ferran Torres down the left-hand side.

Once again, Busquets showed why he is so crucial to this Barcelona side. Even in an “average” performance, the captain steered the ship.

He had a rocket of a shot in the first half that worried Geronimo Rulli, and consistently made smart tackles to stop Villarreal’s midfielders. However, it wasn’t enough to prevent both counter-attacking goals.

Frenkie de Jong was the dynamic instigator to Busquets calm presence. He broke down the visitor’s lines of press and made some deep runs into dangerous territory. He was quick on his feet and scored in the 72nd minute, but it was ruled offside.

Gavi was nowhere to be seen for a lot of the match, as he seemingly drifted in and out of the game. He was subbed out with 20 minutes to go, and will look to continue his meteoric rise in world football next season.

It looks like fatigue has surely caught up to Ferran Torres as he has played in practically every match he’s been available for since arriving at Barcelona back in January.

Still, he had a few shots on goal that are worth mentioning and a silky smooth dribble into the box that resulted in a corner kick.

As fans know by now, Aubameyang is fairly inactive and ineffective when not presented with chances in front of goal. The 32-year old had a quiet night before being subbed out in the 57th minute.

Traore, in what may be his final match for Barcelona should they not extend his loan, had a night to forget. On a positive note, he made incisive runs into the heart of the defence and had a couple of dangerous crosses. End-product or not, this activity should be applauded.

On the other hand, he was practically directly responsible for the second goal as the crossed the ball right into Moi Gomez’s feet in the box. He was also left alone to chase down Alfonso Pedraza who scored the first goal, but is devoid of any blame there.

It was an off-night for Ousmane Dembele, who came on the pitch in the 57th minute for Adama Traore. Generally, he struggled to get on the end of passes and keep the ball under control.

Fati was subbed on in the 57th minute for Aubameyang, and the Spaniard is clearly still getting his feet under him. However, he almost scored in the 72nd minute – Frenkie de Jong got the rebound was it was offside.

There wasn’t much Depay could do with only 20 minutes on the pitch, although he had a decent chance to score in stoppage time.

Although he featured for 20 minutes, Puig failed to make a substantial impact.

With only 10 minutes of playing time, Mingueza did not do enough to warrant a rating.