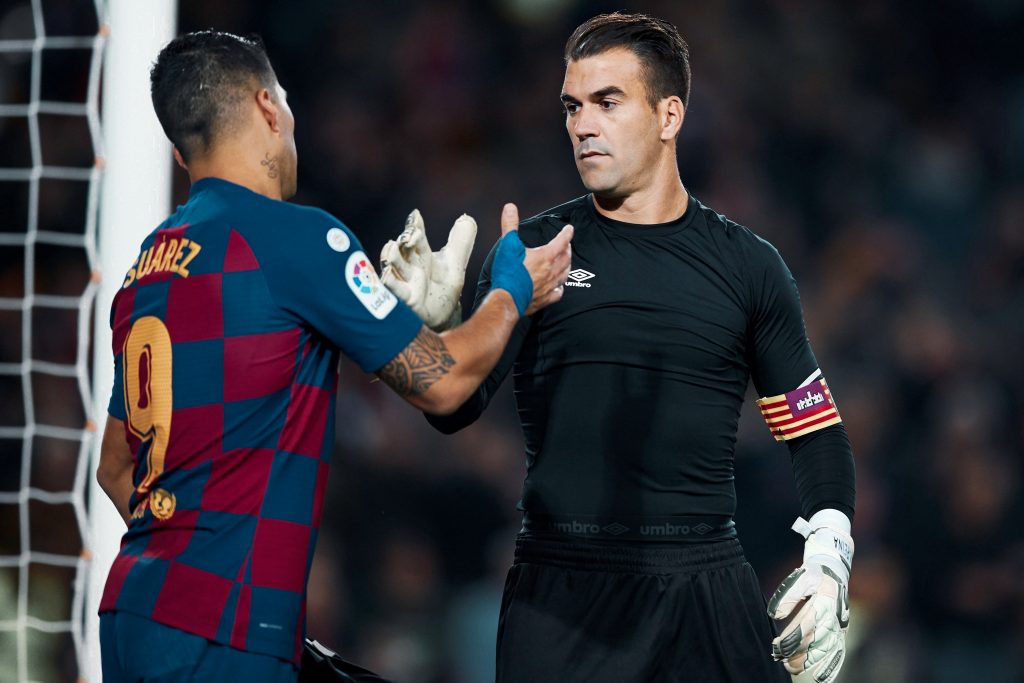 With football slowly but surely getting ready to resume, Barça’s return to La Liga begins on June 13th with a trip to Mallorca, kicking off a gruelling series of fixtures to complete the season.

After a lengthy layoff due to the coronavirus pandemic, La Liga is finally set to return from the 11th of June. After an initial two weeks of practice individually, in small groups and finally in full training, players and officials will now begin gearing up for a complete return to action. Barça’s return to La Liga will kick off on the 13th of June at 22:00 CET, with a visit to the Estadio de Son Moix to take on Mallorca.

La Liga officials confirmed that the first gameweek will span over four days from the 11th-14th of June. The officials also confirmed that teams will play every day of the week in a bid to effectively complete the season within a reasonable time frame. Aside from the scheduling, which may still be subject to minor changes depending on temperature and weather, president Javier Tebas also stated plans for ‘Aplauso Infinito’ . This will allow fans from around the globe to record their applause which can then be used in the stadiums behind closed doors.

With the plans for the season’s completion looking promising, the implications on the Barcelona squad are worth looking at.

How the break benefits Barça’s return to La Liga

Plagued by multiple injuries and fitness issues, the break has clearly given Barça a few major boosts. As per reports from AS, Mundo Deportivo and Sport , the coaching staff are highly impressed with the players’ fitness levels. The break has served well in terms of rest and preparation for key players.

Luis Suárez most notably has seemingly recovered and is showing a great level in training. After knee surgery for a meniscus injury in January, he was ruled out for the full remainder of the season. Due to the break, however, he has returned in great physical condition. He is also on the verge of receiving medical clearance.

❛ The sensations are very good. I’m happy. The coronavirus has allowed me to feature in games in which I wouldn’t be able to participate before the whole crisis ❜

Additionally, players like Arthur and Sergi Roberto who were also struggling with their fitness before the break have now fully recovered. Even Leo Messi got a much needed period of rest. This will be a huge boost for Quique Setién. The club has been getting by with a paper-thin squad for quite a while. Key stars like Suárez returning will also allow Setién to better implement his tactics. Perhaps this rejuvenation will be key to push Barça over the line.

Barça will resume their campaign against RCD Mallorca on the 13th of June. This is an ideal game for the blaugranas to return to. Vicente Moreno’s Mallorca side are sitting precariously in the relegation zone, with 25 points. Barça will definitely look to take advantage and make sure the players are sharpened to compete once again. Mallorca are winless in their last nine league meetings against Barcelona. This match will be a stern test for them in their battle for survival in the Spanish top flight.

Cautiously getting back to action

Barça will most likely field their strongest possible XI to make sure all the players get back into the groove smoothly. Barring any major upsets, the option of having five substitutions will also come in handy. If all goes to plan and the scoreline permits, the Catalans can also give much needed minutes to the youngsters. A good result will be key as the reigning champions will host Leganés just three days later.

Barça’s return to La Liga will not be easy. As stated earlier, the matches are very compactly scheduled to make up for a lot of lost time. There will be a fixture every three to five days. And despite the lengthy period of rest, the barrage of games may still cause a surge in injuries. Squad rotation and managing substitutions properly will be paramount. Considering the squad sheet still lacks depth, the footballers will have to do their best to keep up as well. Even minor injuries could result in players easily missing up to two to three games at a time.

The tight schedule will be another stern test for the reigning champions. They will have to give their all to stay ahead their eternal rivals Real Madrid in this hotly contested title race.