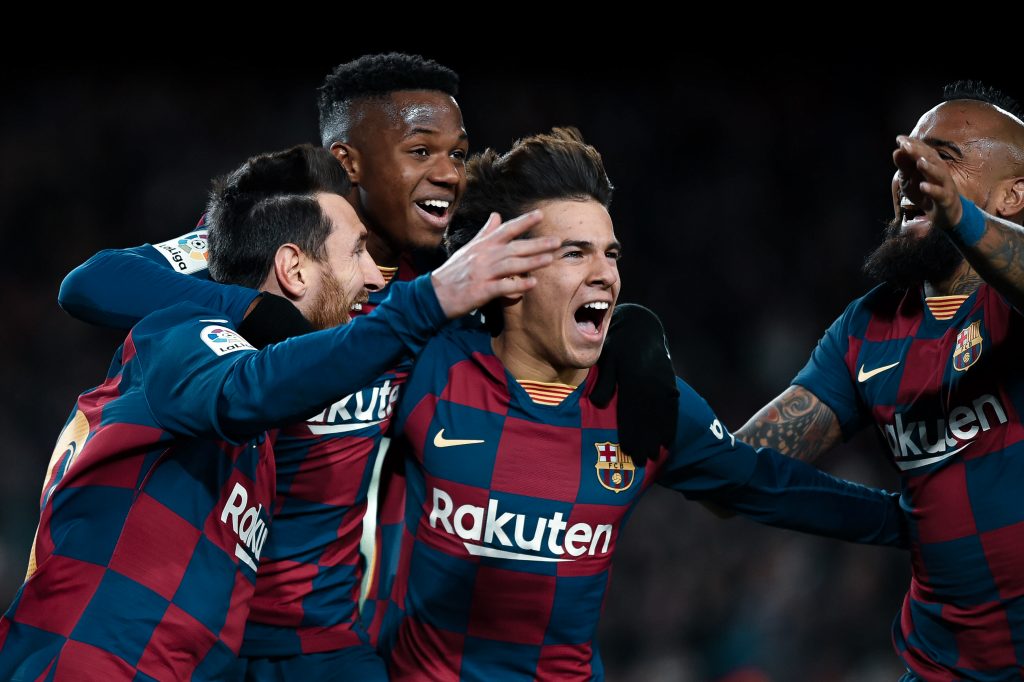 Are the Barça youngsters ready to stake their claim to first team spots this season, or does the experienced old guard have miles to go yet?

After a wonderful return to action with a convincing win against RCD Mallorca on Saturday, there are a lot of positive questions sprouting up about Barcelona’s team selection. Following nearly 100 days away from competitive action, the team clicked very well.

Young centre-back Ronald Araújo, in particular, turned a lot of heads with a mightily impressive performance. He handled his defensive duties almost impeccably in the suspended Clément Lenglet’s absence. Using his aerial strengths with great effectiveness and some assured ball playing, the Uruguayan thoroughly justified Quique Setién’s faith in him.

The 21-year-old’s display in the 4–0 win has lead to quite a bit of optimism within the Barça faithful. If Araújo did this well in only his second match and first ever start, surely the other youngsters also deserve a chance to showcase their ability. There are no doubts about the immense quality of players like winger Ansu Fati or midfielders Riqui Puig, Álex Collado and Monchu Rodríguez. And with the gruelling La Liga schedule looming ominously, the young talents are potentially looking at a lot more game time. What’s even better is the permission to use five substitutions per match. A wonderful provision from the prospects’ perspective.

However, things are not that straightforward. While Barça have come out of the break looking refreshed, so have eternal rivals Real Madrid. Los Blancos’ 3–1 win over Eibar on Sunday meant they are still keeping pace with the blaugranas in this fiery title race. Even though Barcelona remain top of the table, only two points separate them from Madrid.

The margin for error remains null. It’s important to consider that Setién’s did not have much choice in the Mallorca game. Araújo was the only likely choice due to Samuel Umtiti’s recurring injury and fitness woes, alongside Lenglet’s suspension. Even though the situation forced Quique Setien’s hand, it turned out rather well.

However, keeping the title race in mind, Quique will most certainly prefer Lenglet and Gerard Piqué’s more established centre-back partnership. So, while the youngsters are making their presences felt, the first teamers when available will have a firm grip over their spots in the side at least for this season.

❛ There will be rotations in the upcoming matches. I have to see how fatigue affects the players and I have to try and get them to the end of the league in the best circumstances ❜

That being said, the rising talents have plenty to look forward to. The dense fixture list and extra substitutions will definitely see them gaining priceless experience. There is no immediate pressure of spectators either, since the games are behind closed doors. If Barcelona keep playing well and securing results early on in the upcoming games, the La Masía products will definitely be brought on more often. This would also give some much needed rest to the first team regulars.

All in all, though the youngsters won’t see miraculous rises in game time right away, Ronald Araújo’s performance has certainly ensured it will be substantially more than earlier. The future looks very promising for La Masía’s diamonds in the rough.