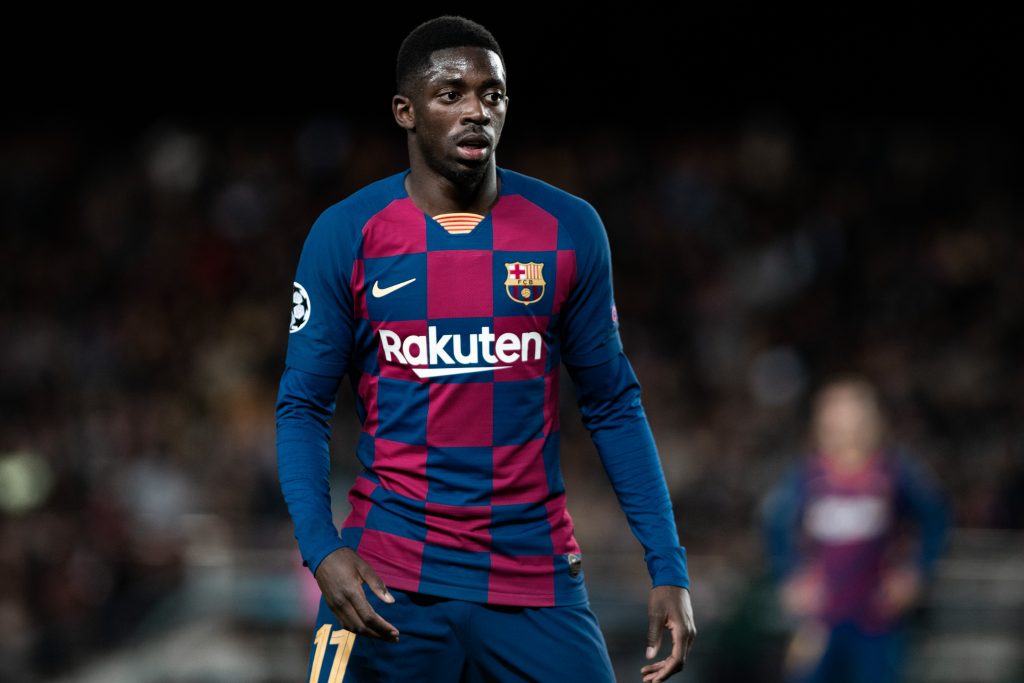 Reports link Ousmane Dembélé out of Barça for the umpteenth time. If it happens, it’s bad news for everyone involved. Here’s why.

A few months after stating that Ousmane Dembélé will be given one last chance to impress at Barcelona, reports are now saying that the club will listen to offers for their winger. The news coincides with Ansu Fati’s contract renewal talks, and the club believes in its La Masía graduate more than one of the most expensive transfers in the club’s history.

If Dembélé ever leaves, Ousmane’s last hurrah will be in the Champions League where the club dearly needs him because he is one of the few players to provide width, skills, and incisiveness in the attack. The Frenchman has had significant problems with injuries since joining, and the club was ready to give him one last chance to impress next season, but that was before the coronavirus outbreak. The financial situation at Camp Nou is scary, and no players will sign if the Catalans are not relieved from some massive salaries while getting a great transfer fee.

However, selling Ousmane Dembélé would not get Barça as much money as they would like, and breaking promises is the last thing the board wants after handling the Arthur situation woefully. A percentage of the fee would go to Dortmund, and Dembélé’s value has decreased massively due to his bad luck with injuries, and getting more than 50 million would be a miracle. Also, Barça would lose more than just money..

Ousmane Dembélé is a phenomenal player when fit. He showed it last year as he won many points en route to win the league title, something Barça couldn’t do without the Frenchman for the best part of the season. In the Champions League, although he should not be rushed back from injury, he’d be an essential part of a squad that seems lost on the wings. Betting on Ansu Fati’s potential is tremendous and one of the few times the board has given their youngsters some importance, but betting on one true winger for a whole is suicide.

Barça play in four competitions every year, and they try to win a treble every season, which means they have to cover every one of their positions in case of injuries, suspensions and bad form. They cannot bet on Ansu, a 17-year-old, only, and they undoubtedly will not get a player like a fit Ousmane Dembélé for a reasonable price. Dembélé’s role is essential in this team, and he is the wildcard Setién dreams about in his sleep. Let’s not forget the Cantabrian coach touted Ousmane as a new signing when he first set foot at Camp Nou, and he hasn’t gotten the chance to use his new signing due to injuries and misfortune.

To add insult to injury, Barça have got way more valuable assets such as Philippe Coutinho, who comes back from an okay season at Bayern and who still holds more value than Dembélé, or wages as big as Ousmane’s such as Rakitic, Vidal or Umtiti. Also, why would Barça sign any high-reputation player when Eric García is close to a return and the club was set to trust in their youth for once?

If Dembélé leaves to finance Lautaro’s transfer, which is another overpriced deal, Barcelona will suffer from their dealings one last time before the elections in 2021.