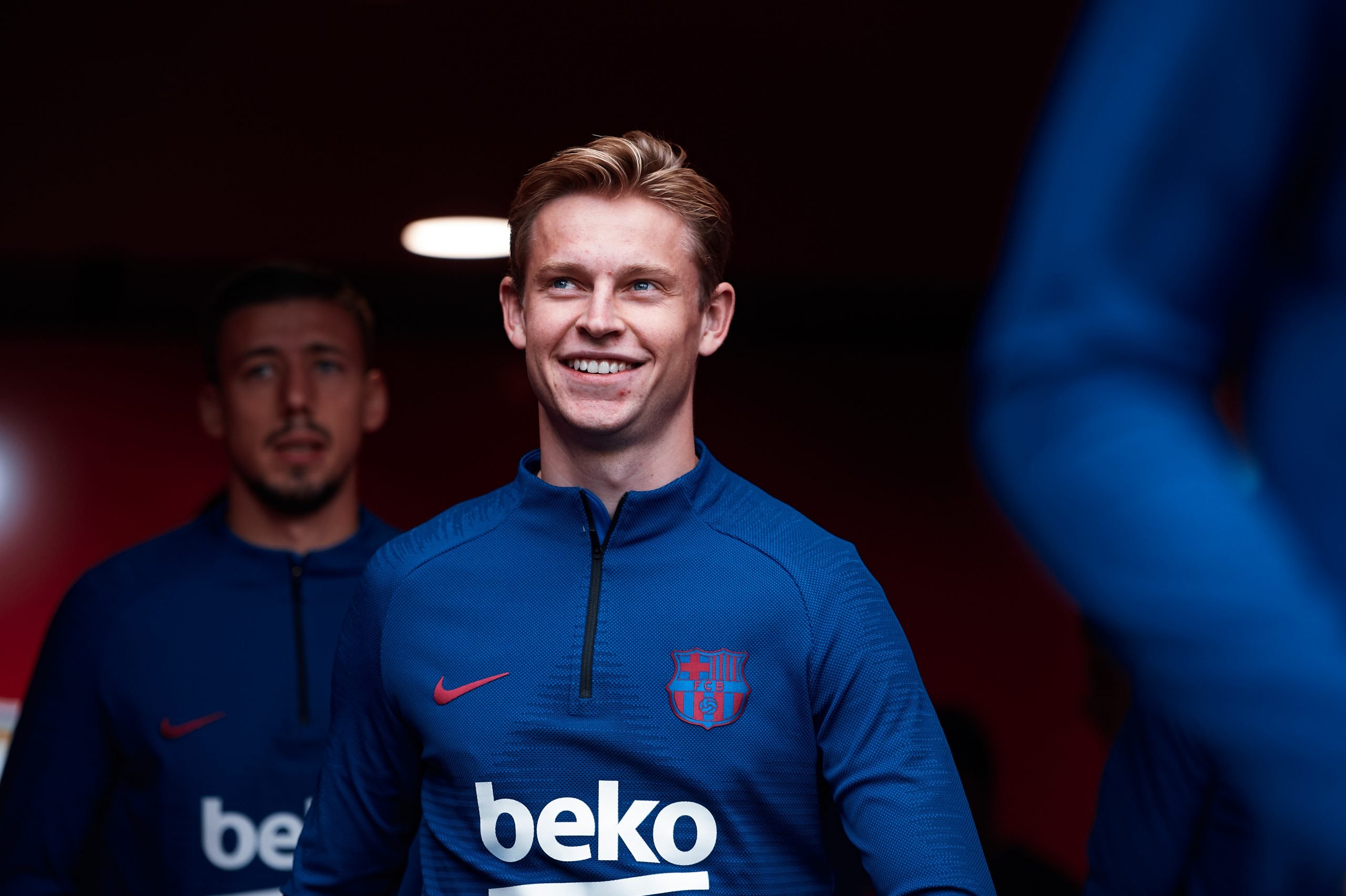 Hope. If January provided anything to the fanbase of FC Barcelona, it could be best summarised as hope. It was a period that displayed the sides ability to be consistent. And it was a very much needed consistency, given the haphazard up and down campaign the Blaugranas had endured till then.

Barcelona played a total of 8 games in the inaugural month of the decade. And needless to say, they had a great start to this new decade. Of the 8 games, Ronald Koeman’s side managed to win 7 encounters. In this period, they were unbeaten in the league, and the cup. The only defeat came at the hands of Athletic Club de Bilbao in the final of the Spanish Supercup, in devastating fashion. That too was a won game which was thrown away in the dire end.

To add to the mix, Antoine Griezmann had a wonderful run as well, recording five goals and four assists. However, if there had to be one player of the month, the World Cup winner finishes second only to Frenkie de Jong. The Dutchman has started to shine for the Catalan side and is now impacting games much more than ever before. He has been nominated for La Liga’s Player of the Month for January and is our pick for Barça Universal’s Player of the Month. Here is an eagle eye’s view of De Jong’s stellar month.

Barcelona 1-0 Huesca: The first step onto the right track

Unsurprisingly, the month begins with a game that was decided by the Frenkie de Jong himself. Barcelona did not struggle to create against Huesca, however, did fail to finish their chances. The scoreline paints the picture of a very close encounter, one which it was not. Yet, on a night when none of the front three could find their finishing boot, de Jong stepped up and made the difference. It was Lionel Messi’s sumptuous ball that created the chance, but the No.21’s renewed advanced role enabled him to be at the right place at the right time. On the night, he was probably the most influential player on the pitch only behind Lionel Messi.

The first of the long-drawn Barcelona-Bilbao series was at San Mames in a game that the Catalans walked away with all three points. Once again, the scoreline projects a false image. Barcelona was indeed the dominant side, and de Jong was the key to the engine.

After the Catalans fell behind in the opening five minutes, it was the Dutchman who single-handedly created the equaliser out of nothing. He salvaged the ball from the edge of the line and wonderfully put it into the box with his sweet first touch. The pass’s accuracy was beyond belief, as it fell straight to the head of young Pedri who found the back of the net. Apart from the assist too, however, the Dutch star controlled the middle of the park with his incredible 94% pass accuracy.

A 4-0 scoreline well reflects the sheer dominance of Barcelona on the night. The midfield clicked perfectly, and that made the attack altho more cohesive. Frenkie de Jong may not have been directly involved in a goal, however, the statistics speak for themselves. On the night, he recorded two key passes with three out of three dribbles completed. He was defensively solid too with 84% duels won. The good run just kept going and the young midfielder seemed more comfortable than ever.

As the Supercopa approached, many expected rotations in the side. Yet, Ronald Koeman stuck to his star players, and de Jong was a part of that elite group. Needless to say, he proved it with a banger of a goal.

That photo of the former Ajax man entwining his body to get behind the ball defies physics. A stunning shot: both from a photographic and footballing point of view. The header was unstoppable. He put the team ahead on the night, and deservedly so. He did go on to miss his penalty later in the day, however, that takes nothing away from his performance.

Barcelona 2-3 Athletic Bilbao: One of the silver linings

The only black mark for the team in January. However, one could argue that is was not a black mark in the month for young Frenkie. He was probably Barcelona’s most vital player on the night behind Antoine Griezmann.

Though he did not have a major impact going forward, he did put up a defensive masterclass. He won a total of 12 duels, and 66% of his aerial duels. A 95% passing accuracy does not come easy either, moreover so against Athletic Bilbao. Three interceptions and three clearances add further awe to what was a silver lining of a dark cloud. The cherry on the cake? Six dribbles attempted, and all successful!

Barcelona 2-0 Elche: Man of the moment

Subsequently, after the loss in the final, de Jong was not included in the squad to face Cornella where Barcelona came up trumps without key players. It was at the Estadio Martinez Valero that the No.21 once again stepped onto the turf in Barcelona colours. And oh boy, what a performance.

Frenkie de Jong was the start of the night and the headline of every media publication. In a game where Barcelona were without their Talisman Lionel Messi, they were in dire need for someone to step up. Indeed, it was their No.21 who raised his hand. His goal was a reiteration of. How he finally seems to have found his niche in the side. The advanced role really does bring the best out of him and has transformed him into a monster.

The performance was capped off by a stunning assist to Riqui Puig that enabled him to score his first official goal for the first team. The assist was as beautiful as the goal, beautifully timed and perfectly flighted.

A new competition, yet the same elite performance from the youngster. He once again started in midfield, alongside Sergio Busquets and Riqui Puig. Despite going down in the second period, Barcelona responded strongly to equalise via their captain The winner however once again went under the name of a certain Dutch protege. Lionel Messi’s perfect pre-assist to Jordi Alba enabled the Spaniard to send in the perfect cut back. De Jong, who seems to be enjoying his advanced role, was once again on point. A simple goal, but one that required him to be at the right place when needed.

The month ended in his most silent performance of the period, yet not one that can be overlooked. Barcelona once again saw off Athletic Bilbao courtesy goals from Lionel Messi and Antoine Griezmann. However, the well-oiled midfield was crucial as ever. And it was a certain young gentleman who put it tremendous effort defensively to help stabilise the team during Sergio Busquets’ absence, partnered alongside Miralem Pjanic. Frenkie has truly stepped up when the team need him the most. The only way forward is upward, and one can’t help but to imagine what a monster a complete Frenkie De Jong can be.