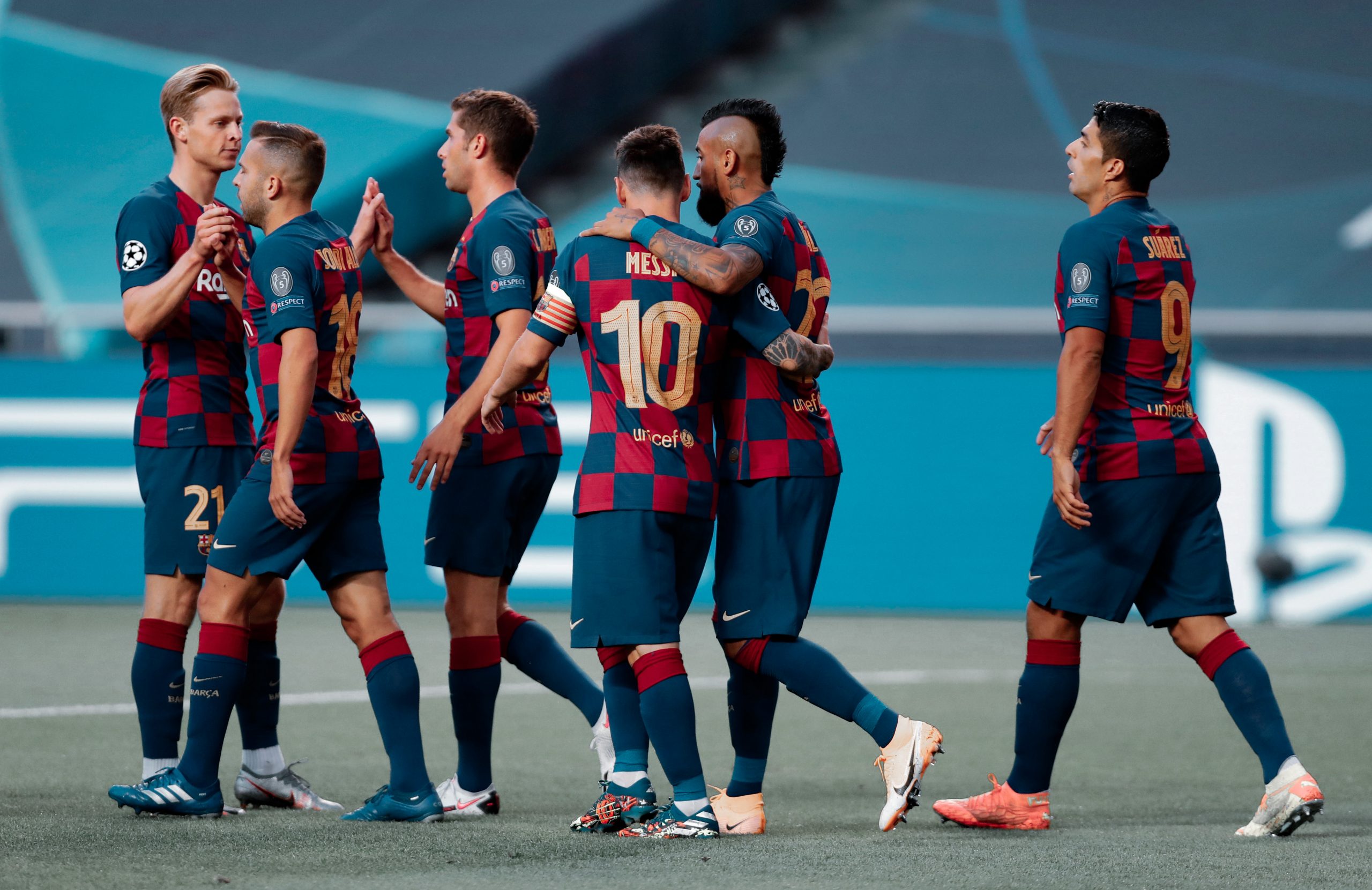 On Monday Barça already started training and the 2020/21 preseason with Ronald Koeman, but several weeks have passed since the last campaign ended and the club’s transfer business is not as active as it should possibly be.

It seemed that after the disastrous 2–8 loss against Bayern Munich, Barcelona was going to experience a deep cleaning in the dressing room and even more considering the arrival of coach Ronald Koeman. There are players whose days at the Camp Nou were already numbered and whose official departure from the club seemed only a matter of time. Notwithstanding, it has been a long time since those emotional words from Gerard Piqué after that fateful Champions League defeat, and there has still been no real change.

“The club needs deep structural changes, and I’m not talking about the players or coach. If new blood is needed, I will be the first to go”

Gerard Piqué, after being humiliated by Bayern Munich

Even the president Josep Maria Bartomeu confirmed a reduced list of non-transferable footballers a couple of weeks ago. This list included Marc-André ter Stegen, Nélson Semedo, Frenkie de Jong, Antoine Griezmann, Clément Lenglet, Ousmane Dembélé and Lionel Messi. Thus, Bartomeu was indirectly indicating that the club would possibly listen to offers for the names not listed above.

With the arrival of Koeman, changes had to be made from the beginning so that the coach could establish his style of play, as happens with any other manager coming into a new team. He and the board had to reflect on the players who could work for him, discarding the alternatives that do not fit into the project.

Nonetheless, the first team already started training with Koeman on Monday, preparing for the season without having made certain moves. Leaving aside the departure of Arthur Melo and the all but confirmed signing of Ivan Rakitić for Sevilla, there have been few recent rumours outside the Messi saga. The likes of Luis Suárez, Martin Braithwaite, Samuel Umtiti and Arturo Vidal still belong to Barcelona even if fans already took for granted that they would be out by now. Similarly, others such as Sergio Busquets, Jordi Alba, Sergi Roberto, Philippe Coutinho and Gerard Piqué were unknowns and, despite Koeman seems to count on them, their role in the 2020/21 term is still uncertain.

It is no coincidence that the Barcelona squad is so large at present, with the coronavirus situation, with the high wages from most of the senior members, and with the incapacity to find suitors for the men on sale. However, it is a serious mistake not to have completed multiple transfers by now since the preseason is already underway and it is vital for the coach to work with the players that he will have this season. Continuing to have names that should probably be gone is only a hindrance to Koeman’s plans and how he wants to implement his style.

In the same way, since almost no sales have been made, there have been no signings either other than Miralem Pjanić. As a consequence, Koeman will have less time to help the new faces adapt to his demands as the new La Liga campaign will start on September 27 or 28 for Barça at the Camp Nou against Villarreal.

Many La Liga teams have already completed several of their desired deals this summer | Photo by Aaron M. Sprecher / AFP via Getty Images

Meanwhile, the Catalans’ rivals in Spain have been doing their job well and fast. Especially Real Madrid, who have already sealed the exits of Achraf Hakimi and Óscar Rodríguez and the loans of Takefusa Kubo and Reinier Jesus, and seem to have already secured the sale of James Rodríguez and the loans of Brahim Díaz and Dani Ceballos. The difference between two clubs, which has then been transmitted in the La Liga title, lies in the management at a sporting level.

Similarly, we can use the example of Villarreal, Barcelona’s first rivals in the new La Liga season. Villarreal have already incorporated Dani Parejo, Francis Coquelin and Take Kubo. Besides, Valencia, although in a bad way, have already let go of unwanted stars in Parejo, Coquelin, Rodrigo Moreno, Ferran Torres and Ezequiel Garay. All this is giving teams an advantage over Barcelona, who are already slightly behind with La Liga just around the corner.

We will have to wait for the next few days to see if there is, as rumoured, a departure from Lionel Messi to Manchester City or from Arturo Vidal to Inter Milan. But fans still expect more business since the team has an excess of players, especially in midfield. It is not healthy for a coach who wants to rebuild the squad if there are still footballers who he does not want to be included in his new project. It is time for Barcelona’s board to be more agile in the transfer market and not wait anymore.