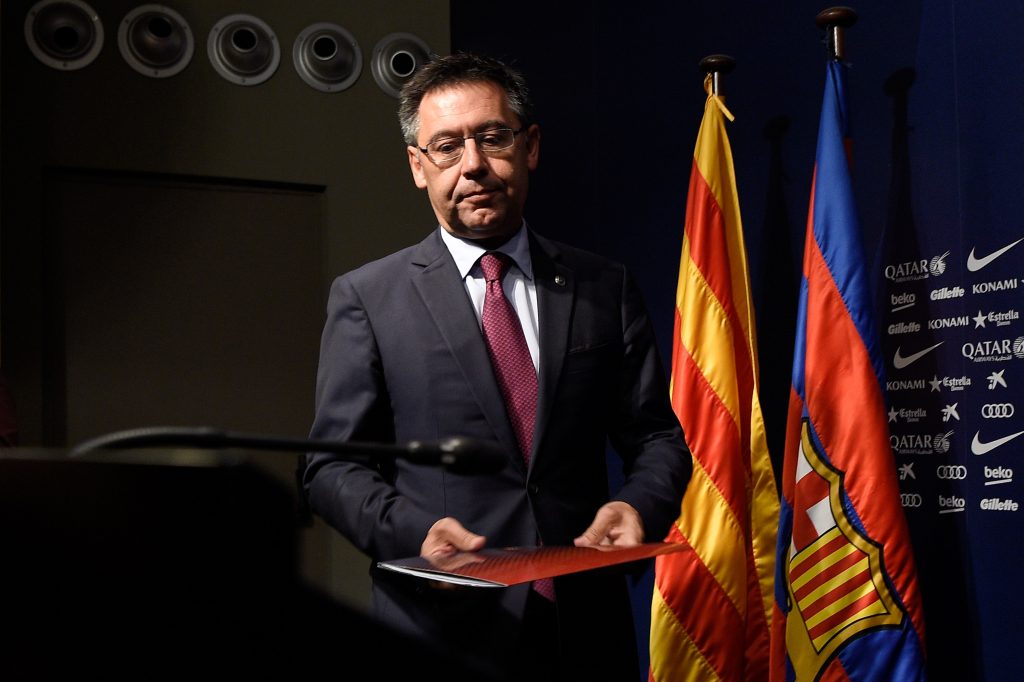 FC Barcelona president Josep Bartomeu has spoken about Arthur Melo, who signed with Juventus some weeks ago. The Barça chief is very angry about the Brazilian’s behavior and explained that the club opened a case against him.

“Arthur called and said: ‘I’m in Brazil and I will not return.’ It’s his decision, but no one gave him permission to do so. We have opened a case against him because there is no reason to justify his absence.”, told Bartomeu in an interview with Sport.

? — Arthur Melo on the bench. pic.twitter.com/PHcd2Uwzbg

The players had a short vacation before starting Champions League preparations, and currently, the whole team is back in Barcelona – except for Arthur. Bartomeu believes that the 23-year-old has disrespected the club and his team-mates.

“We agreed that until the Champions League ended, he would continue to play for Barça, both in the League and in Europe. He is a player who has a certain importance in the team and who could help us. But he did not return from the mini-vacation. It is an unacceptable act of indiscipline.

Reports earlier told that Arthur is not comfortable with how the club treated him, especially considering the fact that he was forced out of the club. Also, the player looked frustrated about not being lined-up after his sale to Juventus. However, Bartomeu explained the other part of the story:

“Arthur explained to us the offer he had received, and we couldn’t match it. He decided to leave and the whole operation developed since then.”

“Arthur showed a lack of respect for his club and his teammates. He’s in Brazil and he hasn’t returned.”, added Bartomeu.