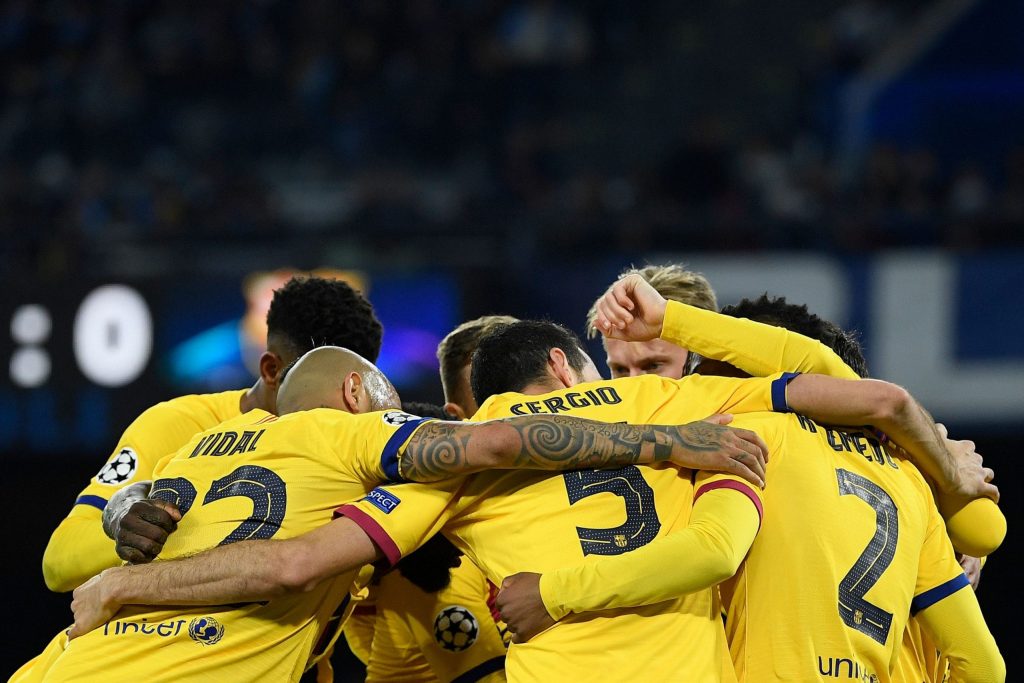 There are differing opinions among culés on the abilities and/or performances of many of their players. Today we break down the performances of many Barça players in numbers, and find out how they stack up compared to other players at their position across Europe’s ‘Top 5’ leagues.

As often is the case with the Blaugrana we will start with Lionel Messi. Messi has still been the best player in Europe this season. While some have argued he has had an underwhelming campaign, that can only be true if you’re comparing his performances to other seasons of his brilliant career. When compared to other forwards in Europe, the Argentine still comes out on top.

Messi ranks well above the 95th percentile of forwards in all major categories except expected goals (xG) per 90 minutes, where he ranks in the 94th percentile. The Argentine has been Europe’s best, and most complete, forward by some distance. Below we compare him with other devastating forwards such as Cristiano Ronaldo and Neymar.

Keeping our focus on Barça’s forwards, below we take a look at how Ansu Fati’s (per 90) numbers compare to forwards across the continent. The youngster has been remarkable in his first-ever top flight season. The sky really is the limit for the former La Masia prospect.

Antoine Griezmann, meanwhile, has had an up and down season. Many culés have been unhappy with their new big money signing, but the numbers show definite improvement under new manager Quique Setién. The Frenchmen has been particularly impressive when used as a right inside-forward/striker hybrid. In those matches, he was able to constantly change positions with Lionel Messi, combine better with his teammates, and get himself into better, and more frequent, goal-scoring positions.

Looking at the midfield, things have generally been good. Sergio Busquets is still the best defensive midfielder in football. The Spaniard effectively maxes out every important category for his position.

Indeed, the his numbers are even more impressive when compared to Casemiro, who has had a remarkable campaign for arch-rivals Real Madrid.

Frenkie de Jong meanwhile, has seen his numbers dip considerably from his otherworldly 2018/19 campaign for Ajax. The Barça player has been used further up-field than he has in previous seasons, which helps explain this dip. All things considered, his numbers for the season are still impressive.

Arthur, on the other hand, has developed well over the past year. His 1v1 defending and ball-carrying abilities have particularly improved. His progressive passing numbers have dipped considerably, but that is expected given that he plays alonside Frenkie de Jong and Sergio Busquets.

Out of all Barça players, the fullbacks are perhaps the weakest on the pitch. Jordi Alba has had a torrid season. While his production still ranks highly among fullbacks in Europe, he is extremely underwhelming in all other facets of the game. His dribbling skills, and ability to defend 1v1 situations, have been particularly abysmal.

On the other flank, things look more optimistic. Nélson Semedo’s production, the only hole in his game, has skyrocketed under Quique Setién. If the Portuguese can keep this up, Barcelona will truly possess one of the world’s best right-backs.

Indeed, when compared to other fullbacks across Europe, Semedo’s overall numbers have been impressive. As previously mentioned, the only hole in his game has been his production from wide areas. If the former Benfica player is able to maintain his newfound production, combine it with his season averages for dribble%, and his consistently elite defensive skills, he will truly catapult himself into one of the best fullbacks in football.

Barça loanee Emerson has been remarkable for Real Betis this season. He has comfortably out-performed Barça’s other right-back, Sergi Roberto, on the season. While their expected assists (xA) marks are similar, the Brazilian’s overall production has been remarkable from the fullback position. Emerson is also the superior 1v1 defender. At 21 years old, the sky is the limit for Emerson.

In conclusion, when compared to players across Europe, Barça players, in general, have compared favorably. Frenkie de Jong’s regression is somewhat concerning, but given that he has been used out of position, it shouldn’t cause too much alarm. Jordi Alba’s limitations as a player could not be more evident when he is compared to other players at his position. Antoine Griezmann and Nélson Semedo have seen their games improved under new manager Quique Setién, while Arthur’s game has improved on the season in general. Lionel Messi and Sergio Busquets, meanwhile, are still the best in Europe at their respective positions. They will, and should, remain as the cornerstones of this side for the near future.