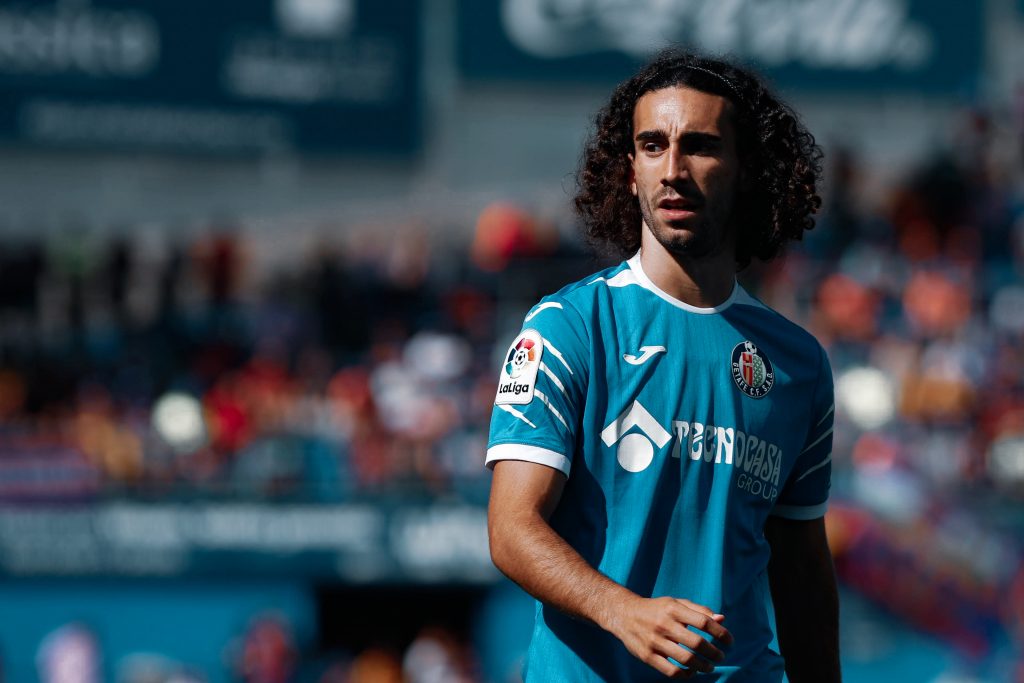 After Getafe activated the 6-million-euros purchase option for Cucurella, Barça want to buy him back for €15 million as Junior Firpo is expected to be sold.

Many people have criticised nowadays’ La Masía because players like Xavi and Iniesta have not come through the ranks lately. Lots of unwarranted criticism have come towards players like Carles Aleñá or Riqui Puig because some fans seem to think they are not good enough. However, these players, if trusted, have one of the highest ceilings in world football, but their board show no faith in them whatsoever. That’s why young talents like Aleñá or Álex Grimaldo find themselves out of the club really early in their career, on loan or permanently. Carles is now playing his trade at the Benito Villamarín, while Grimaldo is already in his fourth year in Lisbon.

Other clubs in Spain have now understood that La Masía graduates are usually some of the best talents in the country. They are willing to take punts on these players on loan to then try and buy them if they are a success. One of the latest talents to jump ship is Marc Cucurella. The left-back is an explosive player that had lots of promise while at La Masía. His talent was evident, but his coaches were never keen on him. Luis Enrique preferred spending a few millions on Lucas Digne, comprehensible when Marc was still a teenager. When Valverde had the chance to utilise Cucurella, he decided that having no left-back cover for Jordi Alba was better than playing Cucu in a few games.

❛ I think that at Barcelona, which is a big club, the important thing is to win in the end. Maybe they don’t have the patience that they had. As a La Masía player, which I am, they don’t give you the chances you deserve ❜

The left-back was then loaned out to Eibar, who bought him permanently for €2 million before Barça re-signed him for €4 million. Last summer he was again loaned out, but to Getafe and with an agonisingly low 6 million euros buyout fee. In today’s market, young and gifted players go for a lot more than Cucurella’s fee, and there was some bafflement amongst the culés when the transfer was made official. The youngster’s superb displays for Getafe have made him a starter in José Bordalás’ defensive system. Nevertheless, like at Mendilibar’s Eibar, the left-back soon became a left midfielder in a rigid 4–4–2, a far cry from Barcelona’s positive 4–3–3 where he would have to be an attacking full-back.

Replacing Jordi Alba is no easy task, and Cucurella had the potential to do just that. Even Jordi was a winger at Valencia before joining his boyhood club, so Marc’s position at Getafe shouldn’t be a problem if he works hard to learn the left-back position again. Cucu is a bright prospect, and his stint at Getafe has filled culés with a lot of hope as he has become a regular in a top club and his debut campaign in Europe has been encouraging. Usually, bringing in a player with good European experience makes them a really great fit at Barça. That means the Catalan would fit in nearly perfectly at the Camp Nou to replace Jordi from time to time, which is super essential for the good of a season. An energetic full-back, even if slightly frail in defence, would do a world of good in Catalonia to compete with Jordi while not fearing the worst when he is rested.

Now that Getafe have reportedly triggered his clause, Barcelona have lost a superb player, who is homegrown at the club and that has the potential to go to the very top. Thankfully, according to the reliable Catalunya Ràdio, Barça are considering buying Cucurella back for €15 million, as the blaugranas retain a repurchase option to do so after Getafe have bought him permanently. These news come as Barcelona are planning on selling Junior Firpo, who was bought from Betis for 18 million last August.

Having wasted money on Junior and having to buy Cucurella again when they had him for free in the past two years would seem a strange operation. That said, Cucurella is an insane talent and the fact that he’s homegrown is much more appealing. His adaptation to Setién’s Barça would apparently be more straightforward than Firpo’s. All in all, Barcelona made a mistake when evaluating Marc Cucurella and are now paying the price. Buying back Cucurella should be a great move; the story behind it is not as great, though.