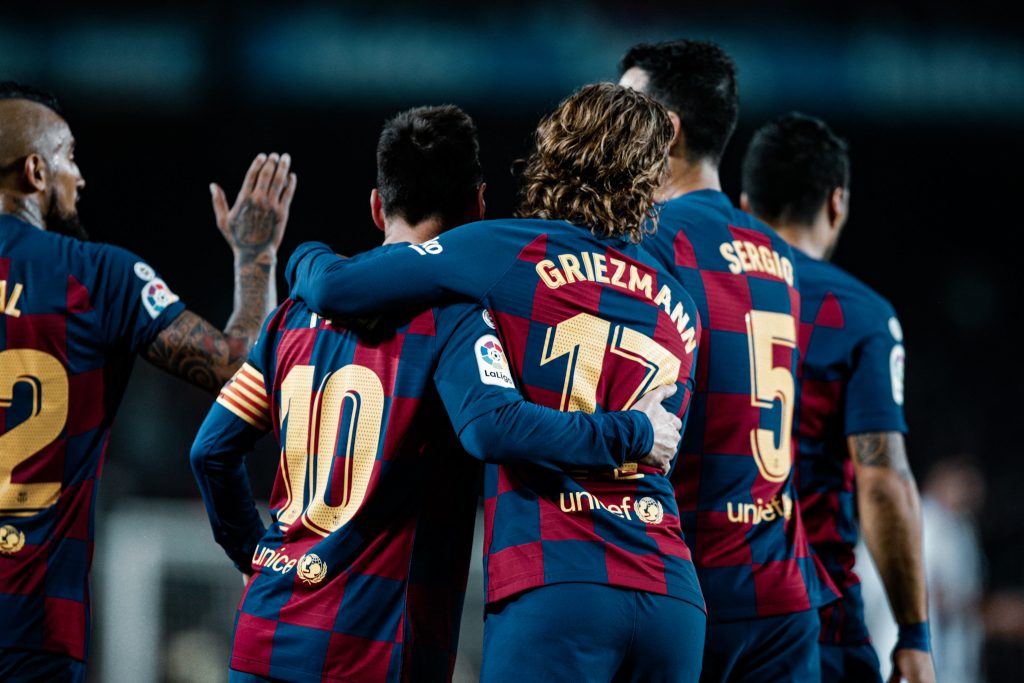 Before the break, the front three from Barça was short on options and tired. Players were not getting enough rest as key members such as Dembélé and Suárez were injured. Now, only the French winger will be missing for La Liga and this gives Setién a number of options.

With Barcelona scheduled to play Mallorca on the 14th or 15th of June, it will be interesting to see who Quique Setién selects for Barça’s front three. There is competition for places and reports are suggesting that all of the forwards have come back in great physical condition. The break could have been a blessing in disguise for the Catalan side, with players like Lionel Messi needing rest and Luis Suárez recovering from injury. However, with the long break, rotations will be key as the team regain their match fitness. Therefore, there should be game time for all of the attacking options and hopefully Setién will give everyone a fair chance.

Let’s start with the obvious choice, Lionel Messi. He is the key man in Barҫa’s front three and will almost certainly be the first name on the team sheet. Over the years, Messi has led the blaugranas to many trophies and won many on an individual level too. His game has developed from a raw winger to one of the most complete players ever. In recent years though, the team has looked to the Argentine to score goals and create them. There has been many times where the Barҫa captain has had to save the team and this can be draining for any player.

❛ We can’t think about what’s been left behind this year. It’s better to think about the future, like playing games. It will be strange at first, but I am desperate to compete again ❜

At the start of this season Leo was out with an injury. Since then it has been rumoured that he has not been fully fit and he is either carrying a slight injury or fatigued. Nobody needed a rest more than Messi and culés should see him fully fit again. So far this season, the number 10 has played 31 times in all competitions, scoring 24 goals and assisting another 16 times. Now well rested and fit, the former La Masía graduate will be looking to win more trophies with the club. Nonetheless, his minutes must be managed well as overusing him again could lead to injuries or fatigue.

There is a big question on who should be leading Barҫa’s front three when football resumes. The two candidates are Luis Suárez and Antoine Griezmann. Suárez is possibly the best natural striker of his generation. In an era of Lionel Messi and Cristiano Ronaldo, at their peak, the Uruguayan has won top goal scorer in Europe twice. His record for the Catalans sees him likely to become the second highest goal scorer for the club, only behind Messi. There is no denying his quality, but now 33, he has not been at the level he once was. Many rumours suggested this could be due to him playing through injury. Hopefully with the break Luis has had time to recover and Barcelona fans will see the best version of him again.

❛ The stop to La Liga made it possible for me to play. I’m gonna play matches that I thought I wouldn’t ❜

Griezmann is the other option that Quique Setién has to play as the focal point of Barҫa’s front three. The Frenchman has settled in well at the club and produced some important goals and performances so far. He has been played out on the wing at times and this has not been his best position. He is definitely more effective through the middle. Setién would be making the same mistake Ernesto Valverde did with Coutinho by leaving him out on the left wing. Therefore, with a long break and rotations needed, Suárez and Griezmann should share the role of the main striker until the end of the season.

Finally, Martin Braithwaite and Ansu Fati should be in competition for a starting role on the left in Barça’s front three. Braithwaite has had very limited chances in the first team so far but these have impressed fans already. His directness and pacey runs in behind teams are sometimes what Barcelona need to break teams down and create chances. The Dane is able to take on defenders and beat them in a one against one situation. Martin has a strong mentality and looks like he wants to fight for a starting role. He has not come just to sit on the bench. Braithwaite could be a surprise package and should be given the opportunities to show if he is at the correct level.

Ansu Fati should also be in contention for a starting place in the team. The youngster has shone when given the chance and has shown an abundance of talent and maturity. He fits into the team well and has a great understanding of the system the azulgranas try and play. He is quick, has an eye for goal and has already shown he can easily dribble past defenders. With Ousmane Dembélé not back until August, and Messi needing a rest from time to time, both Braithwaite and Ansu should get plenty of opportunities for the remainder of the season.

• Barcelona’s pressing intensity over the years