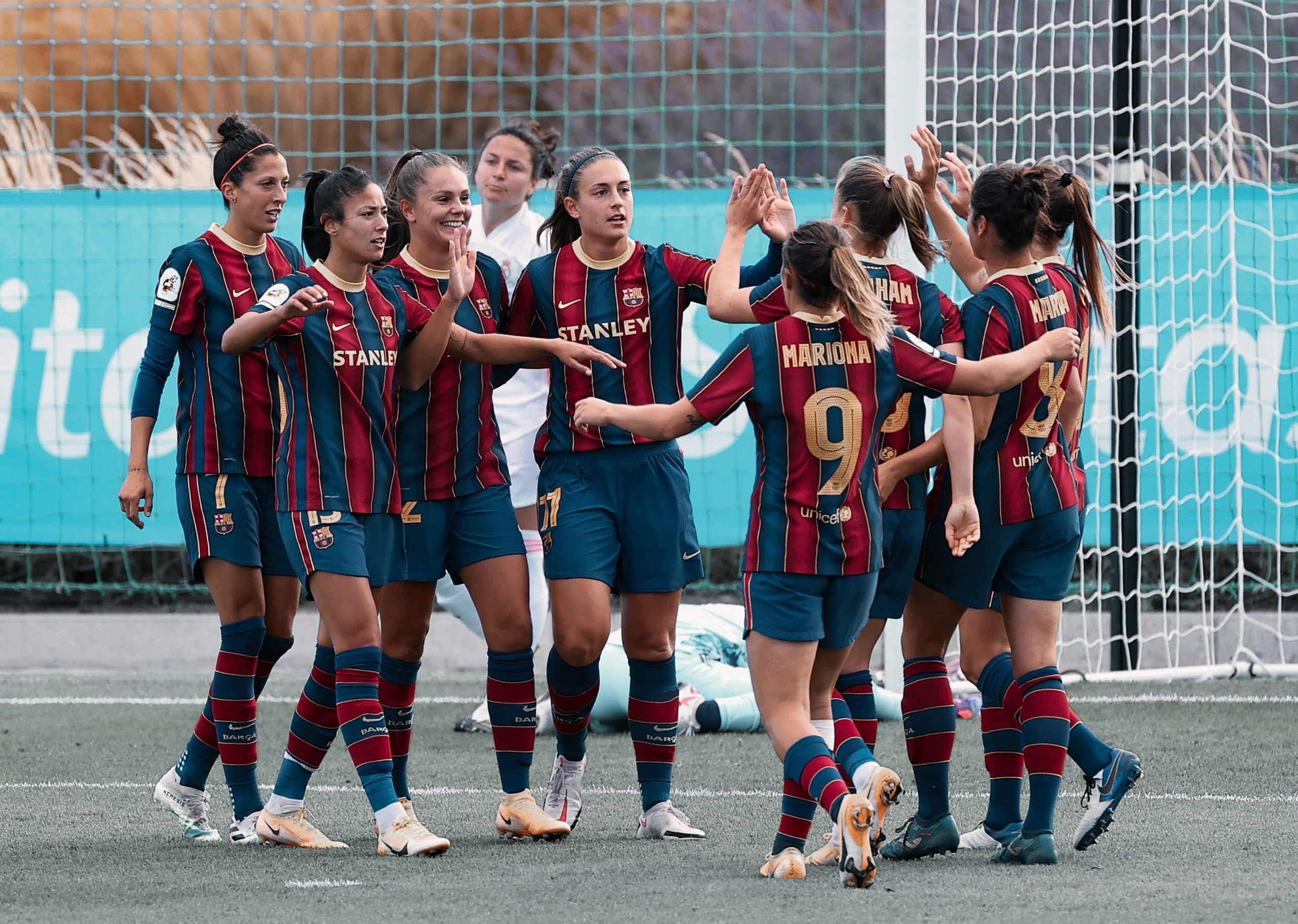 A lot has happened since a Barcelona women’s team played its first and only match at the Camp Nou in 1970, but on Wednesday afternoon, the now professional Barça Femení has another date with history.

On January 6th, FC Barcelona Femení will be making their first appearance as an official, professionalised team in the club’s beloved 100,000-seat home stadium, the Camp Nou. Playing against Catalan rivals Espanyol, this fixture marks a historic feat for the blaugranas, and is highly symbolic of the team’s position at the top of women’s football despite such a complicated history.

It’s important to specify that this is the women’s first appearance at the Camp Nou as an official section. A women’s Barcelona team did make an appearance at the Camp Nou on Christmas Day 1970, but it was solely an exhibition match played by a team under the name Selecció Ciutat de Barcelona and was still not considered an official section of the club.

Nonetheless, this Christmas day exhibition was something historic in its own right. Although the women’s team was not yet official, it was the first time the Catalan public had the opportunity to see a fully-formed FC Barcelona women’s team play at such an iconic stadium. It was the earliest circumstance in Barcelona’s history where the women were able to step on the same pitch as a team, experience the same atmosphere, and play the game as equals, even if their off-the-pitch working conditions weren’t nearly at the same level.

As time went on, the women’s team gained both notoriety and respect from the culé fanbase. After a decade of playing friendly matches and tournaments only based in Catalonia, the RFEF recognised women’s football in 1980, and in 1988, Barcelona became one of the founding teams for the league now known as the Primera Iberdrola. The club won their first domestic trophy, the Copa de la Reina, in 1994.

By 2002, they were considered an official section of the club, and after facing promotion-relegation struggles in the 2000s, they entered an era of unprecedented domestic success in the early-to-mid 2010s. In the five seasons between 2010–2015, they won four straight league titles and three Copas de la Reina along with making their UEFA Women’s Champions League debut in 2013. In 2015, the club made the decision to professionalise the women’s section, and after many transitional years, big-name signings (notably Lieke Martens and Toni Duggan), and few trophies, they reached a Champions League final in 2019 and have been one of Europe’s top-4 teams since.

This time around when Barcelona’s women’s team step on the Camp Nou’s grass, the dynamic at the stadium will be completely different. Instead of being a group of amateur players, the current Barcelona women play as full professionals who use professional facilities, get paid professional wages, and play at the top level in Europe. In contrast to the scoreless draw on Christmas Day 1970, it’s fully expected that the match will be a goal-fest in favour of Barcelona, who have won all of their ten league matches so far this season with a goal difference of +55. On the other hand, Espanyol are a relegation candidate who have lost three of their last five matches. Additionally, opposed to the 60,000 spectators that sat in the Camp Nou in the 1970 match, there will be no audience aside from some pre-approved attendees, such as injured squad players, club staff, and the pioneras of Selecció Ciutat de Barcelona.

This match is significant even more so due to their opponent: RCD Espanyol Femení. Not only is this a classic derby in both the men’s and women’s games, but the two teams also represent two different eras of Spanish women’s football. The Espanyol teams of the past decade were trailblazers for Spanish futfem, featuring some of the best players of their time such as Vero Boquete, Adriana Martín, Silvia Meseguer and Marta Torrejón, amongst many other major names.

By 2012, most of those players went international, retired or moved on to play for other Spanish clubs, but some of the most talented went on to play for a Barcelona side who was just starting to become a force in the Spanish league. Espanyol’s successes paved the way for Spain’s women’s football pioneers, but Barcelona moved Spanish women’s football past domestic dominance and almost single-handedly ushered in a new era of international success.

One of the players who featured for both teams in both eras, Alexia Putellas, is expected to start as captain for Barcelona in this match. Alexia is technically the only woman to score at the Camp Nou considering the 1970 match was a scoreless draw. In 2019, she was brought to the Camp Nou to score the longest-ever goal in the stadium from all the way at the top of the second level’s seats. It was merely a promotional challenge for Nike’s PhantomVNM boots, but the photoshoot and the video gave visualisation to the idea that one day, a woman could score at the Camp Nou.

Another likely starter, Aitana Bonmatí, was more than happy to talk about playing at the Camp Nou in an interview after the Sevilla match in mid-December. The 22-year-old has been at the club since she was 14, and in the post-match interview she described herself as a “culé until death”. She went on to say that “it’s a dream to touch the grass that we have seen so many times from the stands”. Later that month, as a part of the promotional events for the match, she sat down with one of the pioneers of the women’s team, Carme Nieto. In their conversation with Mundo Deportivo, Carme explained the harsh reality of women’s football in that era.

“The reality was very hard, luckily you have not experienced it. The normal thing was that they told us things like ‘go wash dishes’, ‘this is a men’s sport’, or ‘what is a group of housewives doing here’…You think about that now and it’s even funny, but then it was hard”

Melanie Serrano, a Barcelona player for 17 seasons, has experienced many of the different highs and lows that come with being a pioneer of Spanish women’s football. Her experience goes beyond the eras of Alexia and Aitana, having been a member of the club since 2004. Melanie has faced relegation with Barça Femení, winning their first trophy in 20 years, winning their first league title, making their first Champions League appearance, reaching their first Champions League final, and now, she is probable to feature in the side’s first game at the Camp Nou as an official Barcelona team. Having amassed over 450 appearances for the club, this match is one of the most monumental out of all of them, and her featuring in it would be representative of three different decades of both struggle and success.

After this duel, the question that remains on the minds of both players and fans alike is if an opportunity like this will be given again anytime soon. Considering the rapidly increasing popularity of the women’s team, it definitely seems like this second time will not be the last time, and likely not the last time for this era of players. Chances are, Barça Femení making more appearances in the Camp Nou in the next few years hinges on which presidential candidate wins the upcoming election.

Joan Laporta has stated that he wants Barça B and Barça Femení to be identified with their current home stadium, the Estadi Johan Cruyff. His main competitor, Víctor Font, who has given more of an outward priority to the women’s section throughout his campaign, has said that women playing in the Camp Nou needs to be a matter of “normalisation”.

Regardless of the outcome of the elections, what happens in the future will not take away from how monumental of a feat this match will be. After over 50 years of struggle, one of Barcelona’s most beloved sections will return to the ground where their history started. This match at this stadium will be yet another milestone for a team that continues to break barriers and reach new heights with every passing season.