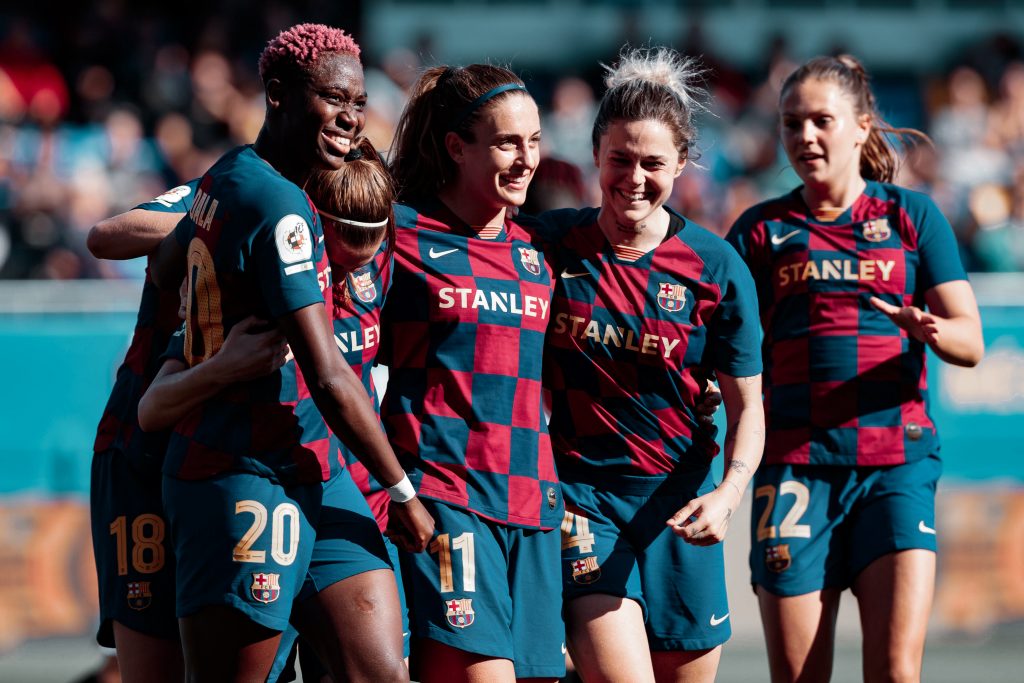 As the 2019/20 Primera Iberdrola comes to an end due to the current health situation, Barça Femení will be crowned league champions after a commendable record.

FC Barcelona Femení will be crowned league champions this Friday. With the coronavirus outbreak, the women’s league will not be restarted this season, meaning the Spanish federation has taken their decisions about promotions, relegations, championships, and European competitions. The Real Spanish Federation of Football (RFEF) has chosen to finalise the Primera Iberdrola 2019/20, with FC Barcelona as champions and the league ending without relegations.

What was rumoured for the last few days has been made official by the Spanish Federation. The RFEF has announced it by concluding the Primera Iberdrola with the FC Barcelona as champions. Furthermore, the semi-finals and final of the Queen Cup will be played before the start of the next season.

By this official statement from the RFEF, the players of Lluís Cortés can breathe relieved after a long wait. Perhaps they are disappointed by the fact of not being able to certify the title on the sporting level on the pitch. It is what it is, though, and the trophy will be added to the list of winners of FC Barcelona, being the leader of the Primera Iberdrola with nine points of advantage over Atlético de Madrid in the moment of the suspension. Barcelona, along with the Rojiblancas, will have a European place for the next season of the UEFA Women’s Champions League 2020/21.

The two teams continue to be alive in the present edition of the Champions League, where they will face off each other in the quarter-finals. This remains the sole decision of the UEFA since it is possible that, finally, the tournament will restart.

Since the State of Alarm began in Spain, Lluís Cortés’ footballers have followed strictly the obligations of the confinement. With the suspension of the Primera Iberdrola 2019/20, it will be necessary to see which plans of the training program the players will follow during the next few months since the Champions League is likely to restart in August.

And to conclude, this is Barcelona women’s first league crown since 2015, and their fifth overall. A league campaign that ends with an impressive record of 19 wins, two draws and no losses in 21 games. 59 points, 86 goals scored and only 6 conceded. While it has been an unexpected and sad end, credit must be given where it is due. Congratulations, Barça!

• Mariona Caldentey: The magician and creative force of Barça Femení

• Jennifer Hermoso: The return of the complete forward