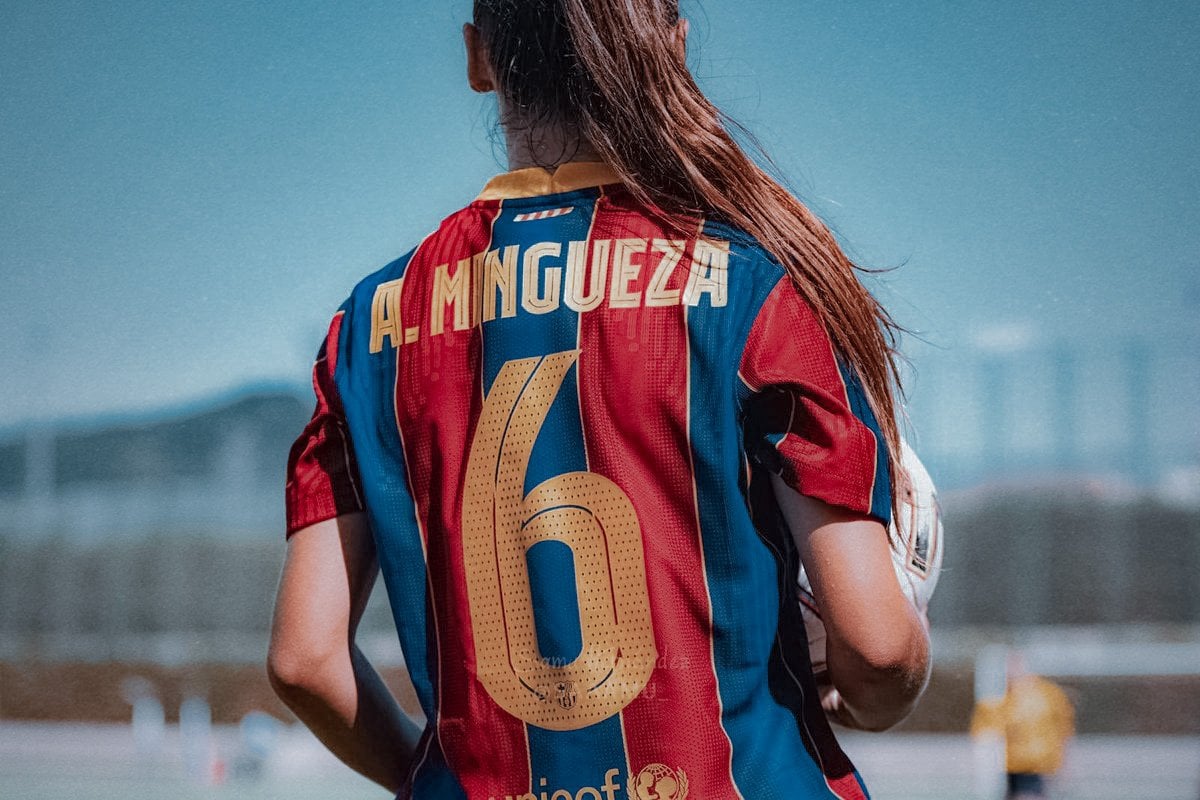 Sister of Barcelona men’s centre-back Óscar Mingueza, promising midfielder Ariadna Mingueza also looks to establish herself in the first team of Barça Femení. In this in-depth analysis, we review her trajectory, qualities and potential.

Yet another future star is in the making under the guidance of Miguel Llorente in Barça Femení’s B team. This summer, 17-year-old Ariadna Mingueza was called up for Barcelona’s preseason to train with some of the world’s best. Lluís Cortés’ selection put her on the radar for many culés as a name to watch out for.

Taking into account her great progression coupled with Barcelona’s packed schedule, it’s only a matter of time until we get a better look at what this young talent has in store for the senior side. Ariadna is a player who has the drive and talent to potentially hold Barça’s midfield in future years. The Catalan is growing under the watchful eye of a club that begins to call her name.

Ariadna Mingueza began her football career at the age of 8, following in the footsteps of her older brother Óscar Mingueza. Ariadna started out playing with her hometown club, UCF Santa Perpetua. After two seasons, eight-year-old Ariadna jumped to Unió Deportiva Centelles. It was at this club that she managed to carry out a magnificent season and attracted the attention of FC Barcelona.

As an 11-year-old, Barça’s academy opened its doors for Ariadna to join the ranks of their Infantil–Alevín team led by David Forcat and Juan Carlos Hidalgo in the 2015/16 season. After five years, she is already playing minutes in the Reto Iberdrola. Unfortunately, her first season in the league was cut short due to cancellations amidst the COVID–19 pandemic, but this campaign looks to be promising as she has made herself the team’s midfield general, donning the captain’s band in addition.

On a national level, Ariadna began to appear in the lower categories of both the Catalan and Spanish teams, climbing at a fast pace and becoming the perfect figure of composure for the team. In both teams, she has played, among others, the Spanish championship, the qualifying phase for the U17 Euros, and the European U17 Championship in Bulgaria. She currently captains Spain’s U17 team alongside many of her Barcelona teammates.

She handles her body very well and dances with the ball on her feet, akin to her idol Andrés Iniesta. Ariadna plays as a midfielder with a tendency to position herself as a defensive pivot and has even been seen playing in the central midfield position. She can track back with admirable speed and is always very attentive to the movements of the opposition.

Technically, Mingueza is a very complete player. Her five seasons at Barcelona have allowed her to rise as a footballer with very good ball-handling skills. She is in charge of putting the necessary pausa that the play requires, a very important aspect in a club like Barça, where possession of the ball is an almost necessary requirement. In addition, she has a great vision of the game and admirable talent in both short-distance passing and long-distance passing. Despite being a player who prefers to move in silence, her football is really effective. These traits alongside her maturity and confidence make her a fantastic asset to any midfield.

The young Catalan is a few steps away from reaching the highest category of Spanish women’s football. While her brother Óscar Mingueza continues to consolidate his role in Barcelona men’s senior team, Ariadna looks towards a similar future that gets closer every passing day. Knowing her possibilities, the challenge does not intimidate her, and the midfield magician from Barça Femení B is getting ready to take her chances. Barça should not miss the opportunity to incorporate this precocious talent into its ranks.