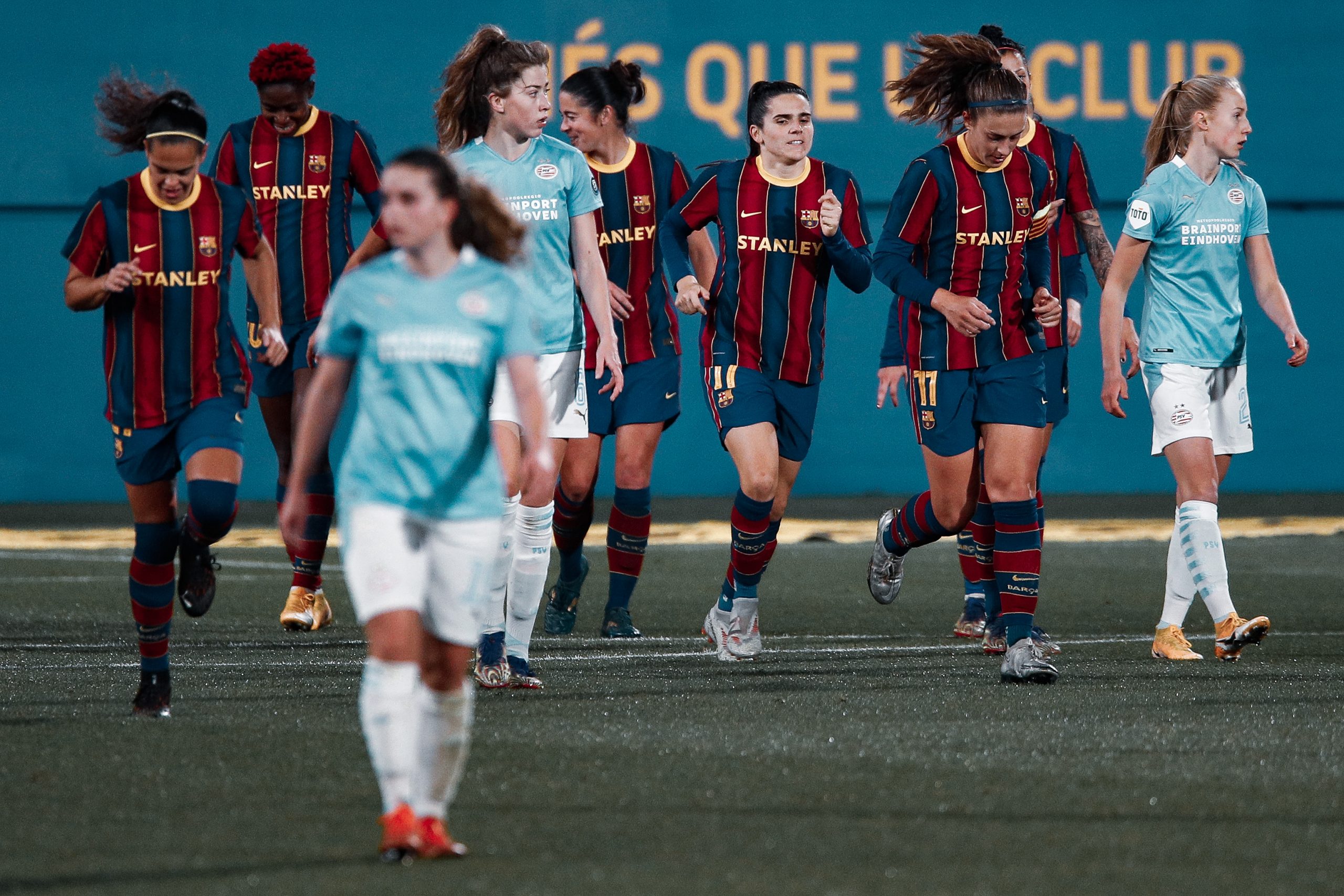 There is little Barça Femení could have improved from their next-to-flawless start to the 2020/21 season, but there is a lot to look forward to for 2021: from the race for titles, to a visit to the Camp Nou.

What have we seen so far

Barça Femení went into the 2020/21 season campaign with high expectations following a triumphant season previously. The team are certainly exceeding expectations right now in all competitions. Whether it is on the defensive or offensive side of things, the blaugranas are playing a very balanced brand of football and keeping true to the Barça DNA while taking care of their business on the pitch.

While Barcelon are behind teams in the league in terms of matches played, they are still th leaders as the Primera Iberdrola comes to a slight halt for the holiday break. Barça have only played 10 league matches, but have accumulated 30 points for their 10 straight wins and have scored 57 goals in the process while only conceding two. The team’s best league result so far came from a 9–0 thrashing win over Santa Teresa on December 5th.

In the UEFA Women’s Champions League, they have dazzled as well and are heading to yet another round of 16. They faced a PSV that were in their European debut and the Catalans won both legs 4–1 on an aggregate for a score total of 8–2. Lluís Cortés’ side thus moves on to the round of 16 and will find out who their next opponents are on February 16th when the draw takes place. Those ties are scheduled to happen on March 3rd / 4th and March 10th / 11th.

This season so far has seen Barça play a complete style of football. They have been solid defensively and that can be shown on the stat sheet as they have only given up four goals in all competitions thus far. Goalkeepers Sandra Paños and Cata Coll have shared minutes in goal and have answered when called upon. Mapi León and Andrea Pereira have been tremendous in their roles as centre-backs and have made a huge impact on the defensive side of the game.

Barcelona have been even better offensively if the 67 goals in 13 matches over all competitions is enough of an argument. Something else to note is that 14 players out of the 24 on the normal roster have scored this term. Scoring had haunted Barça in the past and kept them out of important fixtures, but if this year so far is anything to go off of then it’s safe to say that they are beginning to sort out their goalscoring debacle. Instead of having to look to their usual goalscorers to put the ball in the back of the net, more than half of the squad are getting involved in the scoring.

Expectations for the remainder of the season

Well, if I haven’t managed to convince you yet as to why you should be excited about this team as we head into 2021, then maybe I can now with just two words: Camp Nou. Barça Femení will face Espanyol in a Catalan derby at the Camp Nou in the new year. A spectacular venue for their first game of 2021 in what should be an emotional meeting too. The opportunity to play at Barcelona’s temple has been something that they had been deserving of for a long time and the time has finally arrived. It should be a great curtain-raiser as the second half of the season kicks off and the race to the finish line is in full swing.

One can only hope that the form of Barça Femení continues into the second half of 2020/21 and so far there is no sign of it slowing down. The ultimate goal as always remains to win the league along with any and all other titles. The players will need to keep fit for the long and busy schedule and especially will need to see rotation in clashes that aren’t as challenging as others. This campaign has already really shown the true depth that this Barça side has with many footballers getting on the pitch for quality minutes and also in opportunities to alter the match in different ways. Every encounter is important whether it does or doesn’t look like it on paper and every point counts in the long run.

Adjustments can be made on the defensive end to sharpen up the backline even more in order to prevent simple mistakes that have led to the goals that they have conceded this season. Finishing has been on full display, but even that can be improved. While Barcelona have been putting games away pretty early at times and with a flood of goals from different players, they can still struggle to get a good rhythm going if they aren’t getting anything to hit the back of the net.

In the league duel against Atlético de Madrid back in November, it was impossible to miss that Atleti caught Barça on their heels at times when things weren’t going great with their finishing aspect of the match and that led to the rojiblancas attacking a lot during the first half. Luckily, adjustments at the half allowed Barça to finally find some breathing room as they netted a few goals and were able to cruise to the final whistle.

Not once during that match did Barça look like they were in doubt despite the influx of attacks from Atleti they had to deal with in the first period alone. Instead, they stuck with their brand of football which ultimately led them to getting a crucial victory. I would say that it wasn’t their best performance this course, but it was definitely something to look at and be encouraged by in the sense of the mentality the squad seems to operate with now. Even against the tide, this team will fight and never stray too far from their plan and will get the results to go with it.

If Barça can provide more of the same in 2021, then there are no reasons to not be excited about what the rapidly approaching future brings for this talented group. It’s only the beginning of the legacy they are building and paving the way for other Spanish teams to follow.