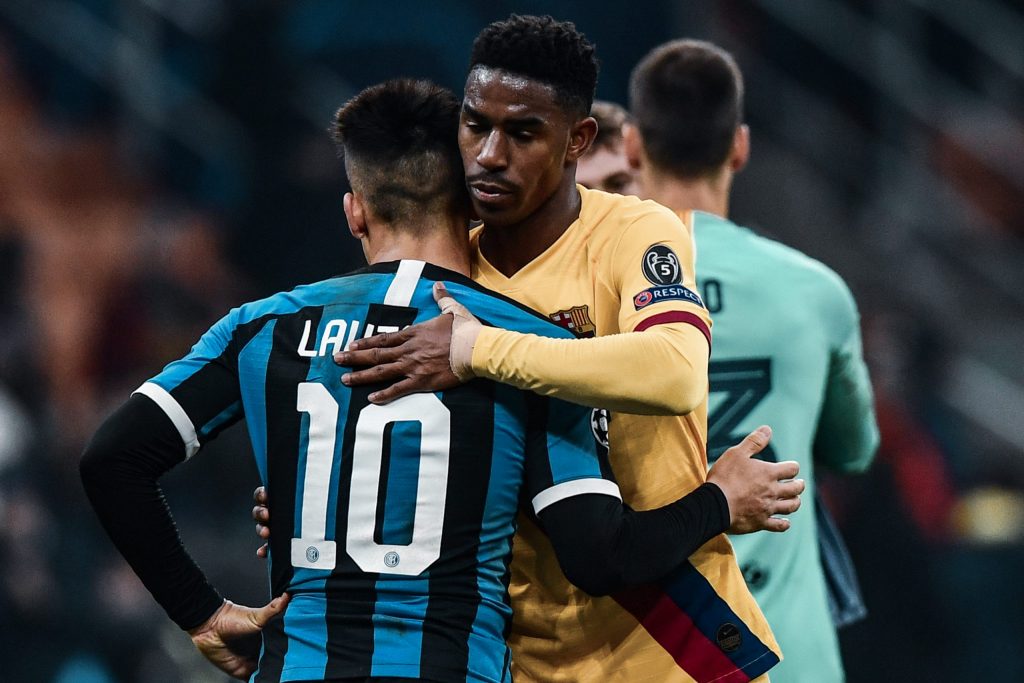 Rumours are mounting on the futures of both Lautaro Martínez and Junior Firpo, as the latter could be used in the former’s potential transfer to Barça. Still, it could prove to be harsh for Junior given he hasn’t had much occasions to hit the ground running at Barcelona.

Chasing dreams in football always disappoints as oftentimes dreams bring expectations that are too unrealistic to be fulfilled. Dreaming of players in a team is the beginning of disappointment. Systems sometimes don’t rely on footballers and teams might have too much history playing a formation that doesn’t fit the newbie. Also, the country and the city’s culture shall be understood by the signing and that is complicated at times if they do not speak the language or do not agree with the culture and the coach’s tactics. Because footballers might be a big part of football, but the clubs are bigger.

Gareth Bale’s mixed stint at Madrid is a prime example of the player not being fond of new habits he shall approve to. At times, the Welshman has been brilliant for Los Blancos, scoring in two Champions League final and the winner in the latest one with two absolute rockets against Liverpool in 2018. However, ever since leaving London, the former Southampton wing-back hasn’t adapted to his conditions that have come with his 91 million euros fee in 2013. In Madrid, he has found the language difficult and the merengues faithful have turned their back on their forward because of behavioural issues that have been occurring for the past 6 years in the Spanish capital. At the end of last year, and with Wales’ qualification to the now postponed 2020 Euros secured, the ex-Tottenham star showed a flag stating “Wales. Golf. Madrid. In that order.” after Zinédine Zidane heavily criticised him during preseason. Bale’s spell has also been plagued with injuries and he hasn’t really found consistency in Madrid.

At Barça, new signings are given a year at least to show their talents. The Catalan higher-ups have shown unconditional faith to Ousmane Dembélé, even if he has struggled heavily to find his feet in Catalonia, and seem to have stated that the Frenchman will stay for at least another year at Barça, 3 after leaving Dortmund for the blaugrana outfit. Recently, Junior Firpo has been another example of not having an ideal start at his new club. The former Betis full-back struggled under Valverde, who never showed faith in him and overused Jordi Alba a lot while his new acquisition was warming the bench or the stands at times. It was only during Alba’s injury that Firpo was given the green light under Ernesto.

Junior has had a better life under his former Betis boss Setién, but still hasn’t fully convinced the culés. He was shaky and underwhelming at times, but showed improvement while Jordi got injured. Lately, a questionable rumour has emerged and it is believed that Junior Firpo could be part of the transfer of Lautaro Martínez to Barça. Why is it questionable? Because trading a left-back and hundreds of millions for a young striker could be insensible business for a team in dire need of defensive reinforcements. Lautaro Martínez is a great bright prospect, but Inter would require a large sum to let go of what could be their next Diego Milito. Players could get included in the transaction, especially during the current economical crisis caused by the coronavirus outbreak.

“Lautaro Martínez can be the ideal partner and number 9 for Messi. He’s just like Suárez and ten minutes after seeing him play, I knew that he would become a star”
–– Fabio Radaelli, the agent who discovered Lautaro

If the break is to be prolonged, clubs will lose millions of euros and most have now asked their footballers to take a pay cut. As Messi informed all of the planet on Monday, Barcelona’s squad will happily take a 70% pay cut during these times, and this is a testament of the board’s financial woes nowadays. The azulgranas have paid so much money on failed transfers in the recent windows that they are now trying to negotiate giving their players away for a newer and flashier striker. Junior Firpo may not have had the best of campaigns at the Camp Nou, but does not deserve being thrown away like that just for Lautaro, a centre-forward that would imply another big and risky investment.

Inter Milan are in rebuild mode at present and Lautaro seems to be the light at the end of a dismal tunnel, which is why the Argentinian has looked like such a great player and the Nerazzurri are not willing to let him go easily. In Catalonia, the pressure could again be incredibly high and signing him would perhaps mean a watershed in his promising career. Before splashing the cash, it would be more reasonable from Barcelona to trust what they already have.

How the Barcelona board failed to replace Neymar
What did you think of this article?