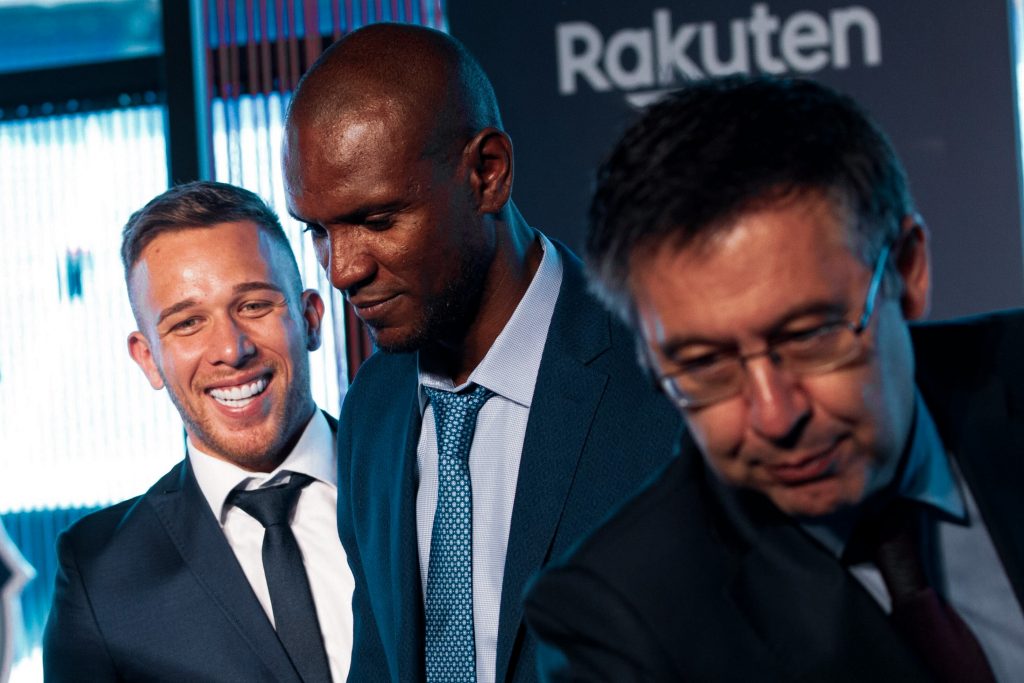 As young midfielder Arthur Melo heads to Juventus against his initial dream and will, he becomes the latest victim to suffer from the poor financial planning from the Barça board.

Chaos at Barcelona reached its crescendo when six of the club board members resigned collectively back in early 2020. These resignation came from only one intention: they didn’t want to be associated with all the shady business going behind the scenes run by the president of FC Barcelona Josep Maria Bartomeu. They didn’t stop there, though. Following such resignations, everyone talked it out in front of media.

After resigning, former vice president of Barça Emili Rousaud released a statement, via Mundo Deportivo, that read as follows:

“For the sole purpose of responding to the announcement made by the FC Barcelona spokesperson about filing a criminal complaint against me for the statements made regarding the so-called ‘Barça Gate’ case, I want to state the following:

“1. The existence of corruption within the club is evident in the fact that it has already been shown that contracts between related companies.

“2. The statements I made regarding this matter are absolutely true and demonstrable; the opinions that I have expressed are absolutely well-founded, which allows me to state that the announced complaint has no basis whatsoever.

“3. Unfortunately, when I made the club aware of these irregularities it became the cause of my resignation. However, it cannot be underestimated that there is a moral – and legal – obligation to publicly report irregular actions that may constitute crime”

This all started with the social media scandal known as the Barça Gate. Earlier this year, it was revealed that the Barcelona board had hired consultancy firm I3 Ventures to use social media to cleanse the image of Bartomeu and damage the reputation of several personalities related to the club. Lionel Messi and his wife, Gerard Piqué, Barça icons Xavi Hernández, Carles Puyol and Pep Guardiola, or presidential rivals such as Víctor Font and Joan Laporta were among the victims.

Furthermore, the payment of 1 million euros to I3 Ventures was broken up in order to avoid control over the commission. For an institution of Barcelona’s magnitude, it is absolutely embracing when the club owes the money to its own players and still continues to indulge into such troubles.

To make matters worse, on 13 April Josep Maria Bartomeu issued an official statement on such controversy saying they he would file a lawsuit against Emili Rousaud. How did they plan to pay for it? With the crisis the football world is currently in, this lawsuit is the last thing the club should have been concerned about. From the day Bartomeu was elected, he has dragged this club over so many lawsuits, and he is still continuing to do so in spite of all the financial issues.

One of the main talking points when it comes to the financial structure of clubs is the payout to the players. Barcelona acts as a sporting club with several sections, but mainly it deals with football, taking into account their official annual reports from last year. In these we can see that 80% of their revenue was generated from football alone, showing how largely their business depends upon it. Adding to it, it is the only source of centre with profits.

Football comes out to be the only entity providing profits in books for the club. Given the pandemic, the losses will definitely increase, thus impacting the long-term plans of the club strategically and financially.

Barcelona, from the 2018/19 season, have the highest wage bill in Europe, amounting to €439m, which is crippling its financial structure. There is no stopping in the last few years within the club as such absurd amount of demands from the player agents continue to be accepted.

Also, there have been certain incidents that prove how these contracts make the players who are rumoured to leave want to stay for the sake of money. Let’s have a look at some of the weekly wages from the first team squad.

The club’s wage bill is really questionable and needs to be addressed. Back in 2018, many players asked for a better contract. For instance, Gerard Piqué got one, further increasing the wage bill. But he was not the only one. These continue to add up, making us ask ourselves how or why does the board keep accepting such demands. Only a look needs to be taken at Antoine Griezmann’s currently wage contract.

The footballers are surely not getting paid according to what they bring on the pitch, except for a few. Arturo Vidal, Iván Rakitić, Ousmane Dembélé and Samuel Umtiti all earn more or equal to the double of Marc-André ter Stegen’s salary. Completely absurd considering the titanic importance of Ter Stegen, who is still waiting for a renewal.

These things show there is a total lack of planning inside the Barcelona structure. And, given the post-pandemic situation, the club will have to let go many of the players to balance the books. Arthur Melo, the Brazilian midfielder heading to Juventus, is the first victim of this downfall.

A line needs to be drawn

We all are aware of the fall of mighty AC Milan. How they went from among one of the top three wealthiest club in the world to not even being close to that podium again.

Barcelona seems to be heading in the same direction sooner rather than later if they don’t organise themselves and stay away from the public relations war. Someone needs to take responsibility of the actions regarding the things going behind the scenes. For the short-term, a re-election of new board members is required, while, looking at the long term, a big financial restructuring is required.

What has happened with Arthur, being pushed out of the club against his own desire in order to balance the accounts, should be the last time that this occurs if the board does not want to destroy the legacy of club.