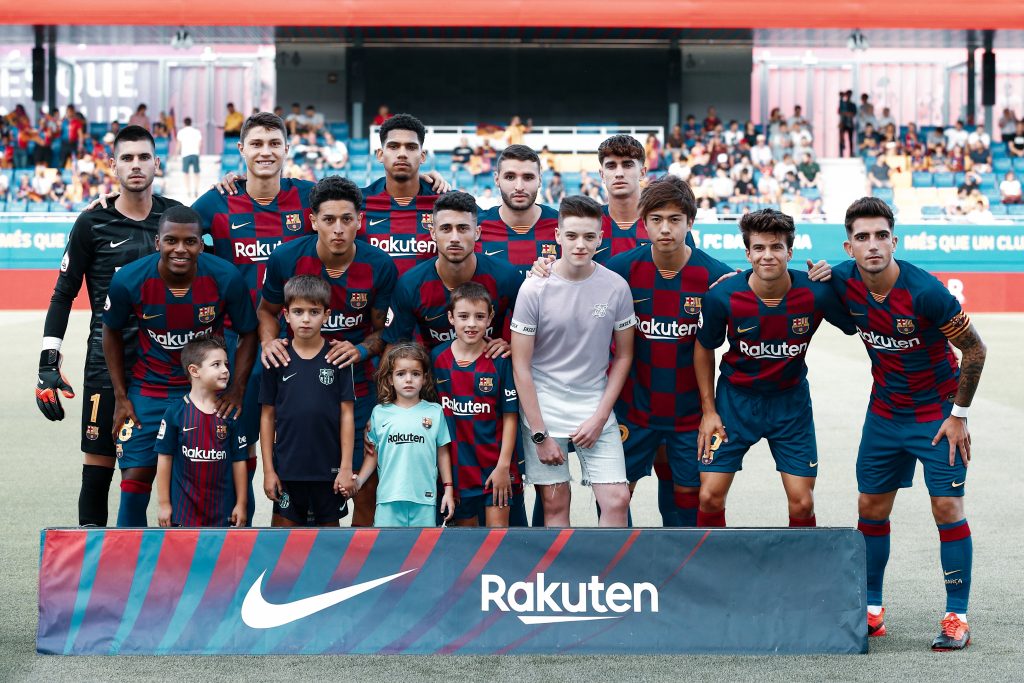 Following an epic comeback against Llagostera in their last game, Barça B have finished second in their Second Division B group and will participate in the play-offs for promotion to Segunda.

Barça B will get the chance to obtain a wonderful reward to their extraordinary season. Culés will also have the opportunity to enjoy this team for a bit longer this campaign. On Friday, the Royal Spanish Football Federation (RFEF) has announced that all non-professional categories in Spanish football have been finalised, and the promotions to higher divisions will be determined through play-offs. Barça B, who were second in the Grup 3 of the Second Division B (the Spanish third tier) when coronavirus stopped all action, will take part in the first round of the play-offs for the promotion to the Second Division.

In the first round the blaugranas will face one of the three fourth-placed teams in the other three groups: Peña Deportiva de Ibiza, Valladolid B or Yeclano. If they make it through to the next stage, they would have to win two more games to accomplish their objective of getting promoted to Segunda. All ties will be one-legged, at a neutral ground and behind closed doors, with a minimum interval of 72 hours between games. There’s still no date nor stadium announced for the clashes, but, as the main novelty, 20 players per squad list and 5 substitutions per side will be allowed every game.

Barça B, licence to dream | Photo by Imago

The 16 teams that will take part in this play-off are:
• Atlético Baleares, UD Ibiza, Atlético de Madrid B and Peña Deportiva, from Group 1
• Logroñés, Cultural Leonesa, Athletic B and Valladolid B, from Group 2
• Castellón, Barça B, Sabadell and Cornellà, from Group 3
• Cartagena, Marbella, Badajoz and Yeclano, from Group 4

The Second Division B is an extremely challenging competition in which every single point and detail counts, and this gets proven in Barcelona B’s final match. The Catalans were losing by 0–1 against Llagostera at the Estadi Johan Cruyff, in a defeat that would have left them in the fifth position and, as a consequence, outside the play-off spots. However, Jorge Cuenca, in the 82nd minute, and Juvenil A’s Ilaix Moriba, in the 86th, managed to turn the game around as the locals grabbed all 3 points. That was a confidence boost for the young squad, as well as the ticket for the play-offs, without them even knowing it.

Barça have finished with 49 points in 28 fixtures. 13 wins, 10 draws and 5 defeats, with 40 goals scored and 27 conceded. And, above everything, a delightful positional play executed by García Pimienta’s boys that has allowed them to grow collectively and individually with the passing of the weeks. It is safe to say that many times the B’s football has even been more entertaining than the first team’s, and now culés will be able to keep enjoying them in the upcoming play-offs.

What this means for the B and senior squads

The independent clubs, like Sabadell or Cornellà, have complained about the fact that players from Barça B, Atlético de Madrid B and Athletic Club B will resume trainings earlier than the rest. This week the teams from the First and Second Divisions have restarted trainings, while those from the Second Division B haven’t been authorised to do so yet. This can present an unfair advantage for the reserves of first teams, as their youngsters can get selected to train with their respective First Division sides. This is the case of Ansu Fati, Riqui Puig, Álex Collado, Iñaki Peña, Ronald Araújo and Monchu Rodríguez, who will be getting back to full fitness earlier than their opponents as they have been called up by Quique Setién for the next individual training sessions from Barcelona. Monchu, in particular, didn’t take part in many senior trainings, but he completely deserves to do so after a spectacular campaign in which he has finished as Barça B’s top scorer, with 8 goals.

Nevertheless, Barcelona, Atleti and Athletic B can at the same time argue that some of their footballers may be stolen by their first teams if they need them. Since the senior sides will be permitted to make 5 substitutions and call up 23 players per match, they could make use of the B talents often. Ansu, Riqui, Collado…had all been used by Quique before the break, especially considering how short the A squad is.

That said, Barcelona may look to prioritise the play-offs from Barça B, and it is reported that Ansu Fati could be utilised by Pimienta in case he requires him. Furthermore, since in the Second Division B the teams will be able to include 20 footballers in their squad lists, Pimi could deploy several of the Juvenil A teenagers. Ilaix Moriba, Gerard Ferández Peque, Konrad de la Fuente and Antonio Jesús, among others, had all been regulars with the reserves. In their case, Barcelona’s Juvenil A have been declared champions of their league after they had a two-point advantage over Zaragoza. Another terrific job by Franc Artiga, who replaced Víctor Valdés in October.