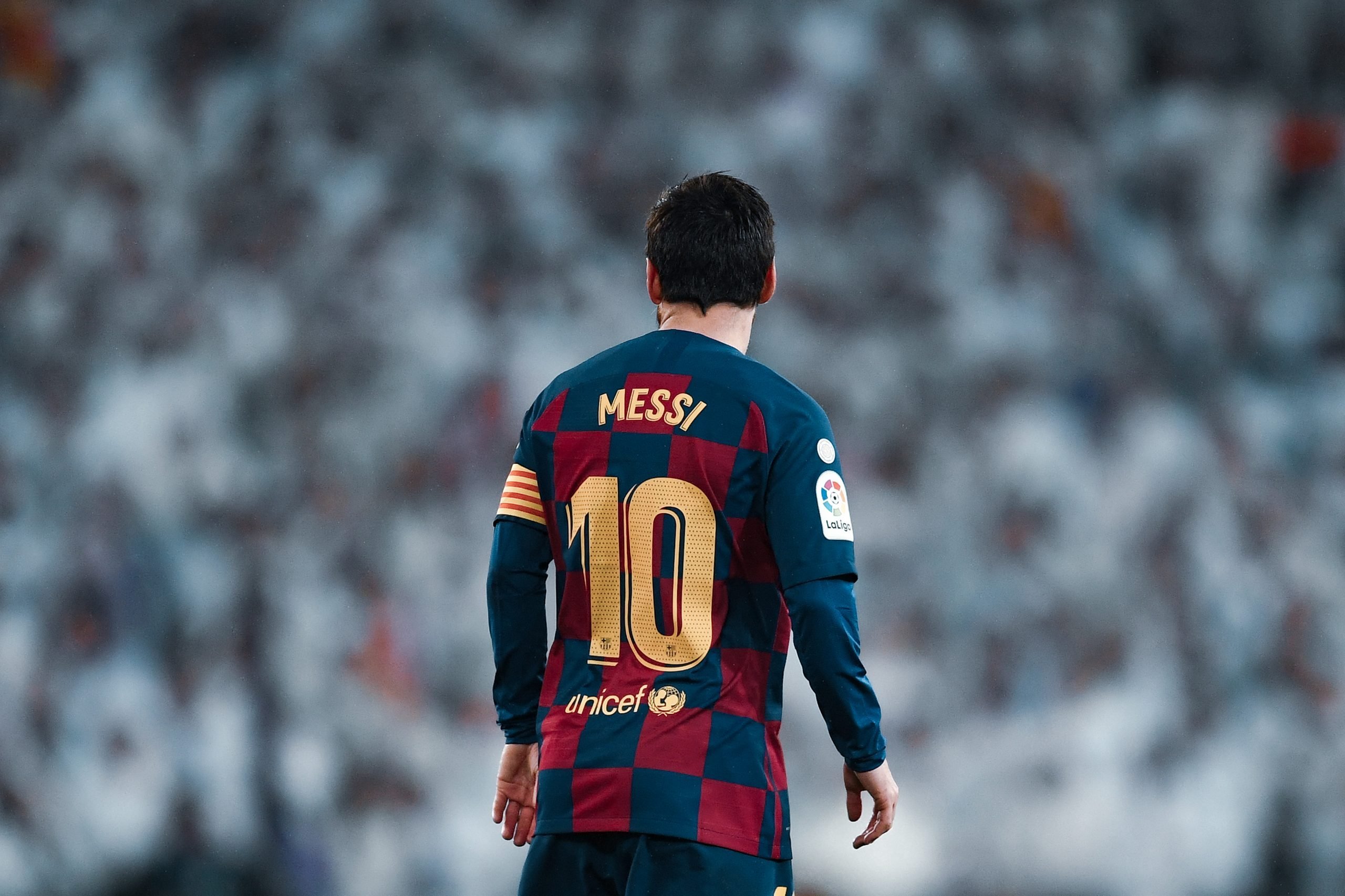 Lionel Messi has informed Barça of his intention to leave the club and, on their part, the board have pointed out to the whopping release clause that they believe is still valid. A stalemate has been reached in a case that will not be solved overnight. As this saga drags on, what are the real options in front of Barcelona? Should they let him go for free or force him to stay?

Lionel Messi wants to leave FC Barcelona. As shocking as it is, the football world is coming to terms with this piece of news. The Barça faithful, on the other hand, are still trying to wrap their head around it. After all, it is Lionel Messi, who has, for a decade and a half, enthralled them with the miracles he performed on the pitch. For once, they are hoping he would replicate that magic off the ground as well. They demanded president Josep Maria Bartomeu‘s resignation. The president offered to step down, provided Messi promised to stay for another year.

The truth of the matter, however, is that Messi has made up his mind. His time at the Catalan city has come to an end. He knows it, the people close to him know it and even the club knows it. Why did the president offer to resign, then? For the sake of posterity? To be able to say in the future that “I tried, I offered to step down”?

As it is the case now, Messi and his lawyers believe that he has a right to walk out of Barça for free, whereas the club – and curiously La Liga – pointed at the ginormous release clause of €700 million. It is clear, though, that Messi does not want to sour the relationship with the club where he plied his trade for nearly two decades. He requested a meeting with the board. Nonetheless, in a desperate attempt to avoid going down in history as “the president who sold Messi”, Bartomeu refused to meet him. The sooner the president realises that the said ship has sailed, the better for him and the club.

The Messi case is quite messy (forgive the pun) and Barça needs to sort it at the earliest so that they can refocus on rebuilding the squad. A prolonged and publicised legal battle with Messi would be an unnecessary and criminal distraction for the new manager Ronald Koeman and the new squad that he is trying to put together. One that should be avoided at any cost. But how do they deal with the present situation, and what are their options?

One thing is certain: there is no way that Barça can come out of this conundrum without getting hurt. To lose the best player in the world, while the team is still coming to terms with one of the biggest losses in history, is no walk in the park. That said, they can still minimise the losses and create something positive from this fallout. And for this, they need to sit across a table with Messi and his prospective future employer, to negotiate a transfer fee. The fact that Manchester City seems to be the destination that Messi has in mind is, in fact, good news for Barcelona.

It doesn’t seem like Bartomeu will win many fans’ hearts, but he could at least improve his reputation with the right decisions ahead of the post-Messi era | Photo by Lluís Gené / AFP via Getty Images

Barça needs reinforcement in their backline and has been following young centre-back Eric García and left-back Angeliño for some time. Both are currently wearing the Sky Blue kits of Manchester City. If Barcelona could negotiate a fee in the area of 100 to 150 million plus these two youngsters, they could come out of the aforementioned messy situation with something positive. They would have addressed two of their problem areas as well as bagged enough money to acquire the central striker that they have been pursuing for some time to replace an outgoing Luis Suárez. Messi might be off their books, but in exchange, they would now have three young stars capable of taking the club into a bright future. Needless to say, it will all depend on how the two clubs negotiate for the exchange and who makes the most of the given opportunity.

Would it be terribly bad to let Messi go for free? Maybe not. It is a fact that many Barça supporters would not be happy with such a suggestion. Yet it is a thought worth reconsidering, simply for economic reasons if not anything else. The fact is that even if they let him go for free, Barça might benefit from it.

For one, this would also give them an opportunity to rebuild the team from the ground up. Ronald Koeman can then work with a clean slate to put together the next generation of this legendary club. What is the point of rebuilding the team around Messi, if he is going to leave next summer anyway? Secondly, and more importantly, they can avoid paying €100 million to a player who does not want to play for them anymore. This could have a huge impact on how the wage structure is mounted at Barcelona right now. To say that it is mismanaged will be an understatement.

While on one end of the spectrum there are high earners – whose contribution on the field has been average at best – like Luis Suárez, Antoine Griezman, Ivan Rakitić and Samuel Umtiti on the other end there are players like Marc-André ter Stegen and Clément Lenglet who, despite being regular and consistent with stellar performances, are being criminally underpaid. The disparity becomes much clearer when you consider that Messi earns almost the double of his nearest contender – almost one third of the whole wage bill!

Even if it is true that Messi does enough to earn every penny of it, that does not help the club in managing its finances or its personnel, better. Currently, Barça is one of the top three teams in the world in terms of the amount spent on player wages. Thus, along with the planned sale of a few high earning seniors like Suárez, Rakitić, Umtiti and Arturo Vidal, when you take Messi’s salaries off the bill the club’s wage expenditure becomes much less and more balanced. They will then be in a more comfortable position to pay remunerative salaries to other key players as well as make some necessary purchases.

One thing that the board at Barcelona should remember is that there is always the possibility of the situation getting worse. And Barça is on the brink of one such situation right now. Any organization in the world would find it difficult to work smoothly with a disgruntled employee in their ranks. If the said employee happens to draw a salary of nearly €100 million, it gets even worse.

Barça is on the verge of a revamp, and while it may be the case that they want Messi to be the centre of this new squad that they are devising, they need to understand that it is a lost cause. Even in case they managed to force Messi to stay, how would the Barça manager build his whole squad around someone who does not want to be there in the first place? Not to mention the disregard that they would be showing towards a player who has given so much to this team – a player who, arguably, is the greatest of all time.

Barcelona fans won’t have to think too far back to get an example of how things can get ugly. In 2017, Neymar Júnior decided to leave Barcelona. Paris Saint-Germain were willing to pay his release clause of €222 million. And yet, due to differences among the parties, the saga dragged on for months, causing an unnecessary distraction to the team. The court cases that followed stretched all the way till June 2020.

As this case seems to have a definite end, Bartomeu’s legacy at the helm of Barça might very well be “the president who sold Lionel Messi”. Nonetheless, it may still be possible for him to rectify it as “the president who successfully manoeuvred the club through Messi’s departure”. It is bad enough that Messi wants to leave, so the club should make sure that it doesn’t get ugly. It is up to the management to turn things around and give its long due attention on revitalising the team and bringing forth the rise of a new generation.

No player is bigger than the club. Even so, Messi has given the club enough over the years to deserve a respectful departure. Meanwhile, the club must rally behind its new coach and help him and the squad leave all this behind as they start preparing for an exciting new season. FC Barcelona is, after all, més que un club, more than a club.