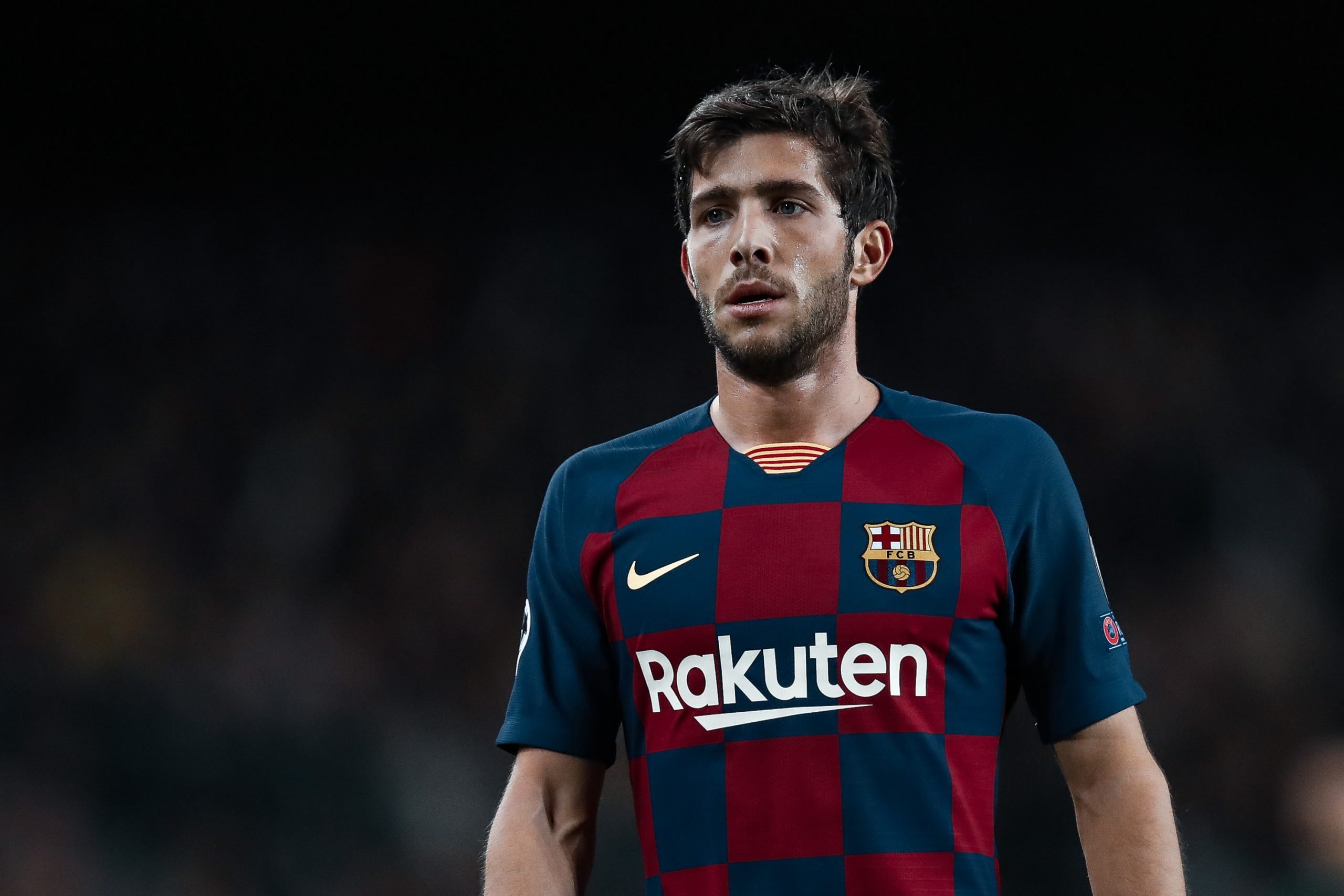 Is the jack of all trades Sergi Roberto, actually a master of none? Will Sergi’s versatility help the new Barça post the reshuffle? If yes, where should he be deployed? What are the lessons to be learnt from the performances of Sergi Roberto in this 19/20 season?

This is the fifteenth episode of a series in which we review the performances of the different Barça first team players, as well as discuss their futures for the next campaign. You can check the series here.

Sergi Roberto has for a long time been regarded as Barcelona’s swiss army knife. Since his promotion from Barça B in 2013, his versatility and adaptability have seen him play at various positions in the team. Luis Enrique, who managed Roberto at Barça as well as the Spanish national side, once said that the Catalan can play anywhere.

“Sergi could play as a centre-back…He’s already played as a false nine…apart from in goal, he can play anywhere”

While this might be read as a great quality in a footballer, it often isn’t the case. For Sergi Roberto, being versatile meant that he was used as a back-up in various positions, and the same reason prevented him from cementing one of them as his own. Or in other words, his craft at the middle of the park has been overlooked owing to his versatility.

Don’t get this wrong. Sergi has done quite well in all the positions his managers have deployed him. Of late, he has been in contention with Nélson Semedo to be the starting right-back for Barcelona. But has he excelled enough to hold that position down? Has he done enough to make the right side of the backline secure? Not really. And for someone who is the tenth highest earner in a club like Barça with nearly ten million euros per year, is that good enough? For a context, regulars and more consistent players like Arturo Vidal, Jordi Alba and Marc-André ter Stegen earn less.

The number game does not leave us with a clear winner in this. When you look at the La Liga statistics for the last season, Roberto trails behind Semedo in tackles per game: 1.2 vs 1.6. Whereas the picture is reversed in interceptions per game: 1.1 vs 0.7. Similar is the case with offensive contributions too. While Semedo has a lead in dribbles per game, Sergi makes more key passes. Neither has done exceptionally well, and it is no wonder that the new manager Ronald Koeman is on a look-out for a new right-back.

The difficulty in assessing the right-back situation in Barcelona is compounded by the fact that Lionel Messi has been deployed as the right winger, in spite of his role in the team being anything but. For years now, Messi comes deeper into the middle of the pitch to create attacking moves. Even while he goes to the last third, he cuts in centrally rather than making use of the flanks. This means that someone else will have to advance from behind so as to add width on the right wing.

This duty usually falls on the right back. The problem is, with the right-back stationed up the field and with Messi’s minimal contribution in defending, the opposition gets a free pass on that side, once they intercept Barça. As good as Sergi Roberto is on the ball, his pace is not on par with the best wing-backs and wingers in the game. Needless to say, this costs the team badly.

On the other hand, when assigned the role of a right midfielder, Sergi Roberto does exceptionally well. This was visible when Barcelona played Villareal at the Estadio de la Cerámica last month. Roberto still helped stretch the defence on the right side, whereas his capabilities in passing and holding the ball were effectively utilised too.

“I enjoyed it, I had a lot of fun, with space and focused on the opposition’s defence. It’s a shame I had to go back to right-back [late on] but I am happy to help the team playing wherever”

What next for Sergi Roberto?

As the team is gearing up for a summer of upheavals, and as the top brass at Barça are trying to reinforce the backline, they might need to take a look at their approach regarding their full-backs. Having attacking full-backs who can carry the ball up and run in behind the opposition’s backline is great. But if the cost for that is a fragile backline that is vulnerable to faster players, then that boils down to foolishness. They need to find a balance between both.

Rather than having two full-backs trying to advance and attack all the time, they should try and bring on a system whereby one advances and the other holds the fort safe. Just as in the previous generation, Éric Abidal and Dani Alves used to do. As to Sergi Roberto, his skills could be more useful for them upfield. Though with a packed midfield as Barça’s, he may not have a guaranteed position there either.