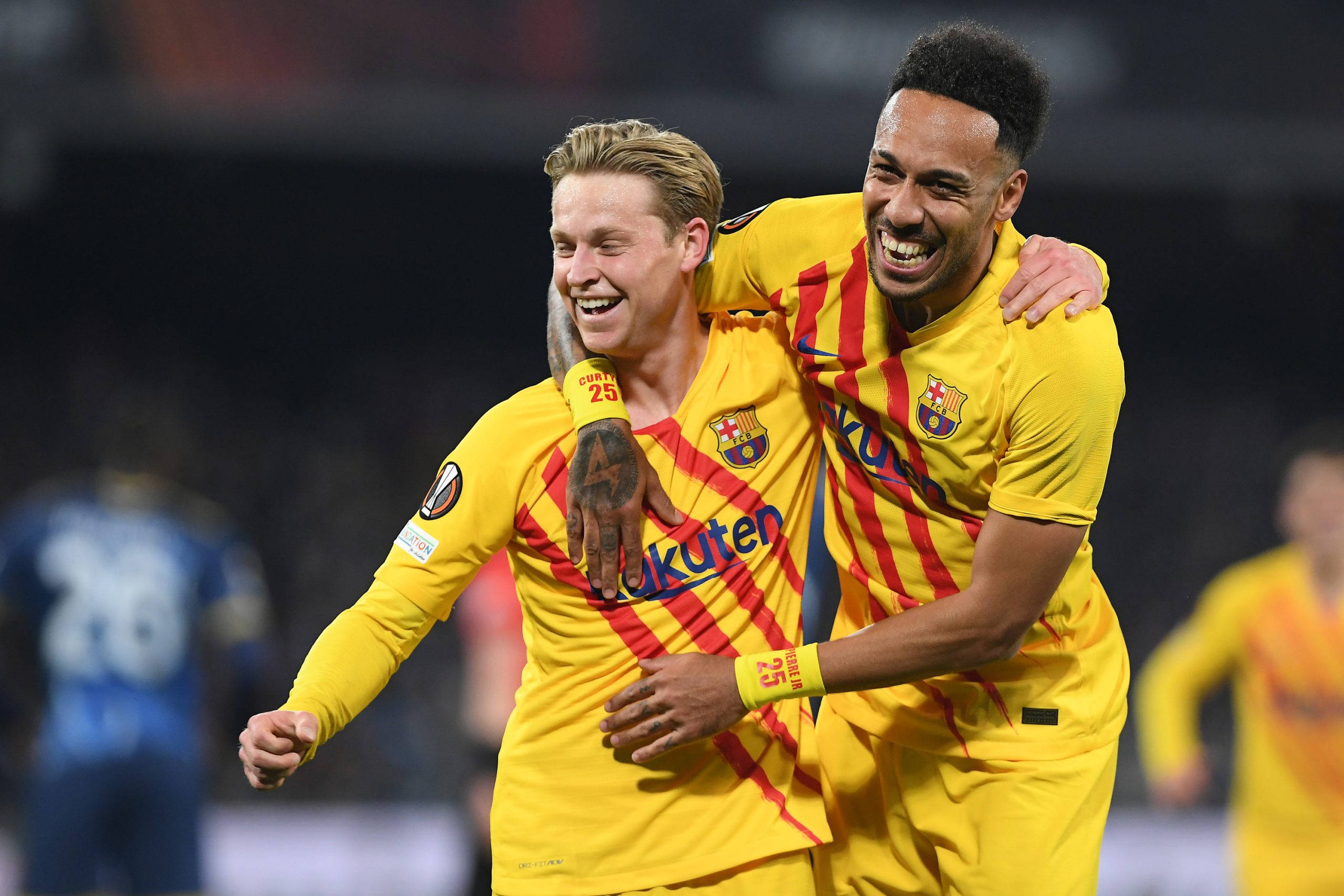 With Barcelona looking to make at least one high-profile sale to ensure smooth registration of Jules Kounde and any other potential new signing, Frenkie de Jong and Pierre-Emerick Aubameyang have been linked heavily with an exit.

De Jong’s future has been a topic of much debate all through the summer, with Manchester United and Chelsea pushing for his signing. While the former had even reached an agremeent with Barça, the midfielder’s reluctance to leave meant that a move did not materialise.

The Dutchman still remains intent on staying put at Camp Nou, although if push comes to shove, a move to Chelsea could still materialise.

As for Aubameyang, the 33-year-old has emerged as a key target for Chelsea, with Thomas Tuchel pushing for a reunion with the former Borussia Dortmund striker.

Barça, for their part, are reluctant to lose the former Arsenal captain. But with de Jong reluctant to leave, Aubameyang could be sold to generate some funds as well as achieve Financial Fair Play to help register any new incomings.

And, according to journalist Jose Alvarez, Aubameyang is closer to leaving the Catalan giants than Frenkie de Jong.

The 33-year-old joined Barcelona only in January after his Arsenal contract was ripped up to let him leave on a free transfer. Just seven months later, though, the centre-forward could be on the move again, due to the club’s economic situation.

Apart from Chelsea, Manchester United have also recently shown an interest in the veteran striker. So, a return to the Premier League could very well be on the cards for Aubameyang even though Xavi prefers to keep hold of him over de Jong.