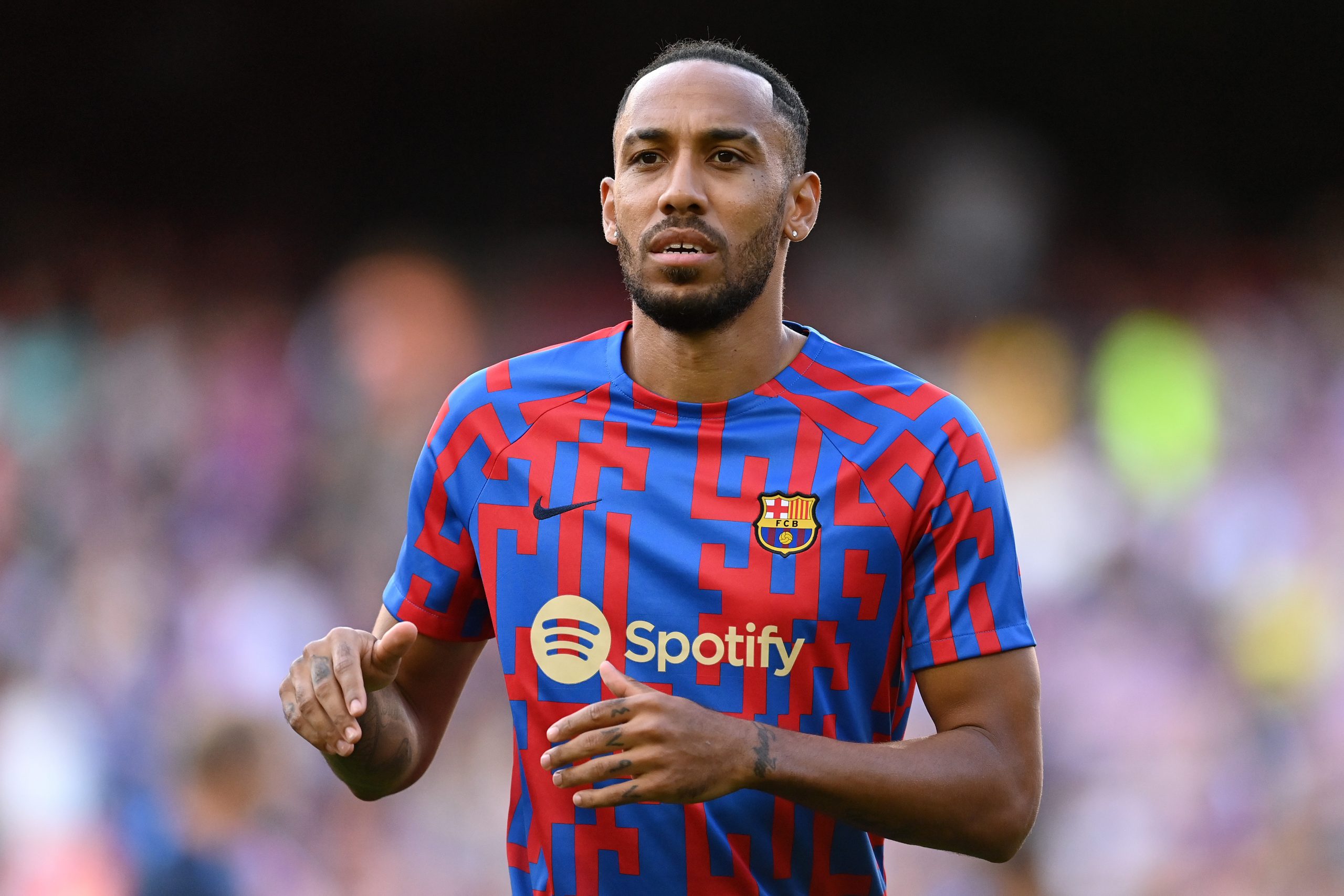 Barcelona are far from done in the transfer market, even if they have no more than around 72 hours. In fact, they are still anticipating eight changes to the team, with five players leaving and three being signed, according to Gerard Romero.

One of the five close to exiting is none other than Pierre-Emerick Aubameyang. While he did sign only eight months back, he is now playing second fiddle to arguably the best striker of his generation in Robert Lewandowski.

Chelsea are keen on signing Auba, and have already had multiple bids rejected for the striker. However, Romero now claims that the two parties are very close to reaching an agreement for €23 million plus bonuses.

Aubameyang was signed on a free transfer from Chelsea’s derby rivals, Arsenal, signing on a five-year contract. He slashed his salary significantly to complete this move, but was due for a massive hike this season.

That increase in salary evidently complicated matters for Barça, who were already facing a ton of trouble with player registrations. Offloading Aubameyang would mean nearly €9 million in annual wages off the book.

Through this first half-a-season with the Catalans, the Gabonese striker scored 11 goals in 17 appearances in the league, finishing as their joint-top scorer in all competitions alongside Memphis Depay.

Speaking of whom, the Dutchman, too, was rumoured to leave, with Juventus in pole position to sign him. However, the deal fell through after the Old Lady were unable to finalise Adrien Rabiot’s move to Manchester United.

As of now, United are the only club linked with Memphis, albeit mildly. They are keeping tabs on him in the event Cristiano Ronaldo ends up leaving. Alongside him, they were also interested in signing Aubameyang, but to no avail.