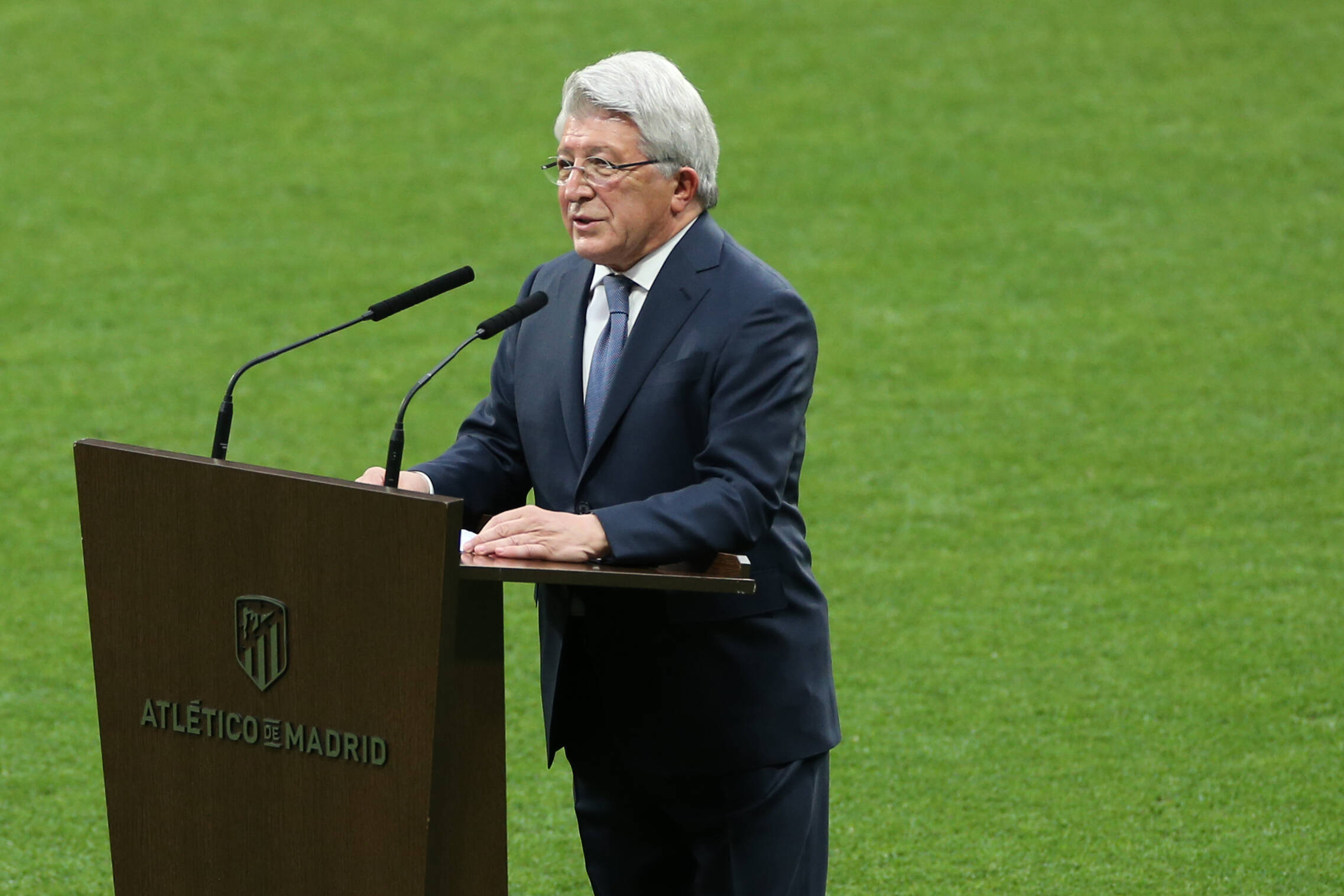 Just as it seemed as though the climate at FC Barcelona surrounding Antoine Griezmann had calmed down, the waters have been troubled once more. The ever-reliable Fabrizio Romano dropped a bombshell revelation from Atletico Madrid president Enrique Cerezo.

On the potential re-signing of the French forward, he had this to say: “We do not rule out anything, but what we can say is that Griezmann is not an easy signing. It’s a difficult operation.”

From this, as well as every other rumour beforehand, it is clear that Atletico have an interest in the Barça number 7. This interest was sparked by the rumoured swap deal between the Blaugrana and Los Rojiblancos for Saul Niguez. Those died down due to problems in valuation, but the defending Spanish champions have evidently maintained their pursuit for Griezmann.

The World Cup winner has been at the heart of a lot of transfer news in recent weeks. Earlier yesterday, it was reported that Manchester United were ready to offer Swedish centre-back Victor Lindelof plus 30 million in exchange for Griezmann.

The Frenchman has his heart set on playing in La Liga, and Atletico would be his only realistic option. Nevertheless, issues pertaining to his transfer fee of €60 million as well as his expansive wages make it difficult to envisage a transfer away from the club.

As of right now, he is training with the rest of the Barça squad for today’s match against VFB Stuttgart in Germany.