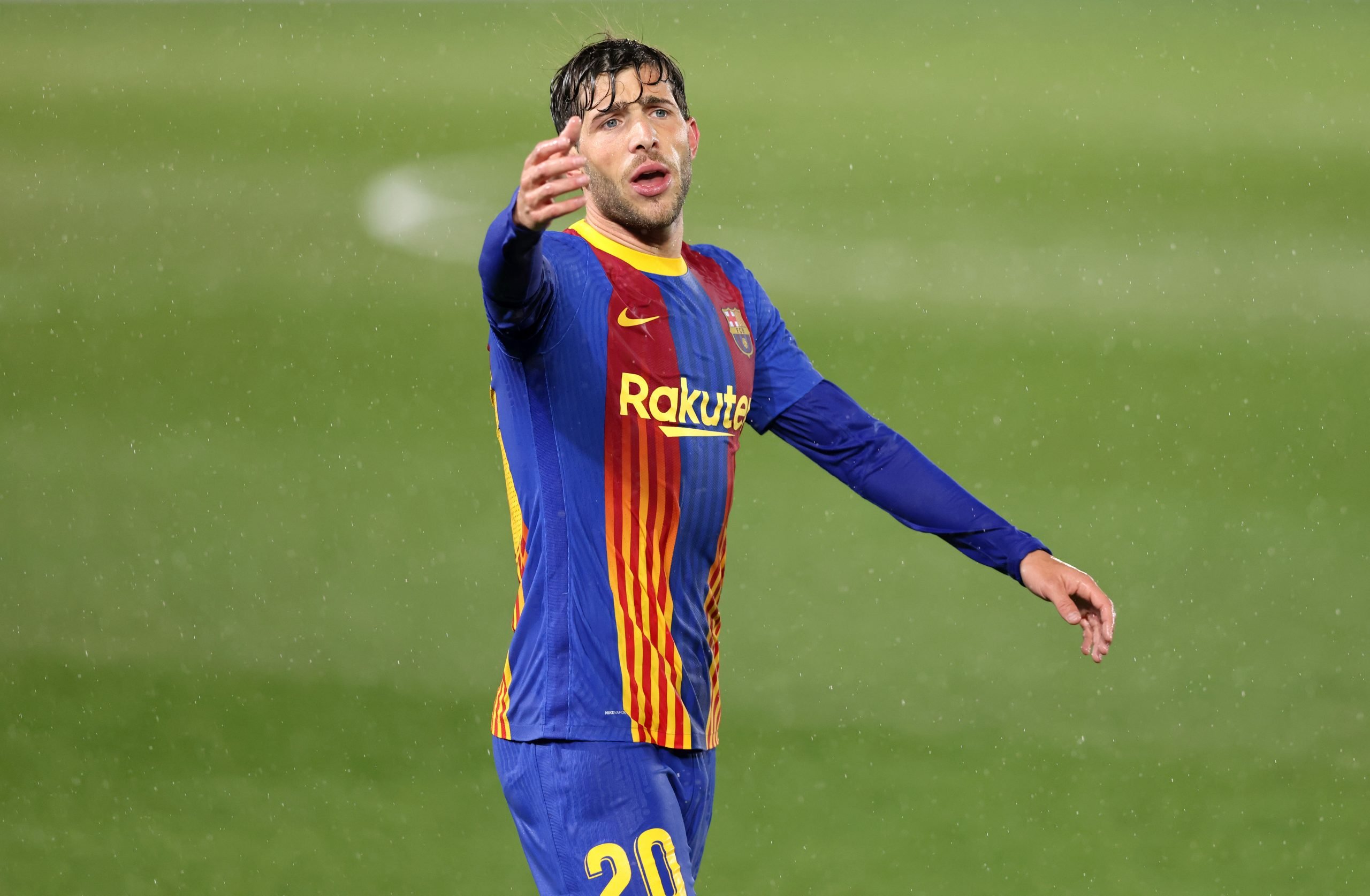 Earlier this week, reports emerged claiming that FC Barcelona’s fourth captain, Sergi Roberto, will not be renewing his contract with the club.

The 29-year-old, a graduate of the fabled La Masia academy, has been around with the first-team for eleven years now, having made his debut back in 2010. Never a regular starter in the side, the versatile Roberto has not enjoyed much favour under Ronald Koeman this season either.

The manager has opted to play either Sergino Dest or Oscar Mingueza at right-back while the likes of Sergio Busquets, Frenkie de Jong, Pedri and Gavi have been preferred over him in midfield.

Having entered the final year of his contract with Barca, Roberto had been in discussions with the club over a new deal that would incorporate a reduction in salary much like the other three captains, Busquets, Gerard Pique and Jordi Alba had agreed upon.

But with a resolution not being reached, negotiations have hit a halt and the Spaniard will not be renewing his contract. That means Roberto will be free to negotiate a pre-contract agreement with clubs over a summer transfer starting from January.

And, Barcelona’s La Liga rivals Atletico Madrid are interested in signing the 29-year-old utility man on a Bosman move in 2022, claims Fichajes. The Colchoneros have previously signed players that are not in Barca’s plans to strengthen their roster, with the likes of David Villa, Luis Suarez, Antoine Griezmann being standout examples.

Atletico Madrid manager Diego Simeone is hoping to replicate the same with Roberto, as per the report, as he values the experienced campaigner’s versatility. However, the reigning La Liga champions will have to battle their English counterparts, Manchester City, in order to secure the signing of the Barcelona man.

Pep Guardiola, who handed Roberto his first-team debut with the Catalans, remains a known admirer and had tried to sign him in the summer, the report states. With the midfielder now set to become a free agent at the end of the season, City could launch an approach for him if Atletico are unable to make a convincing-enough contract offer for the Spanish international.