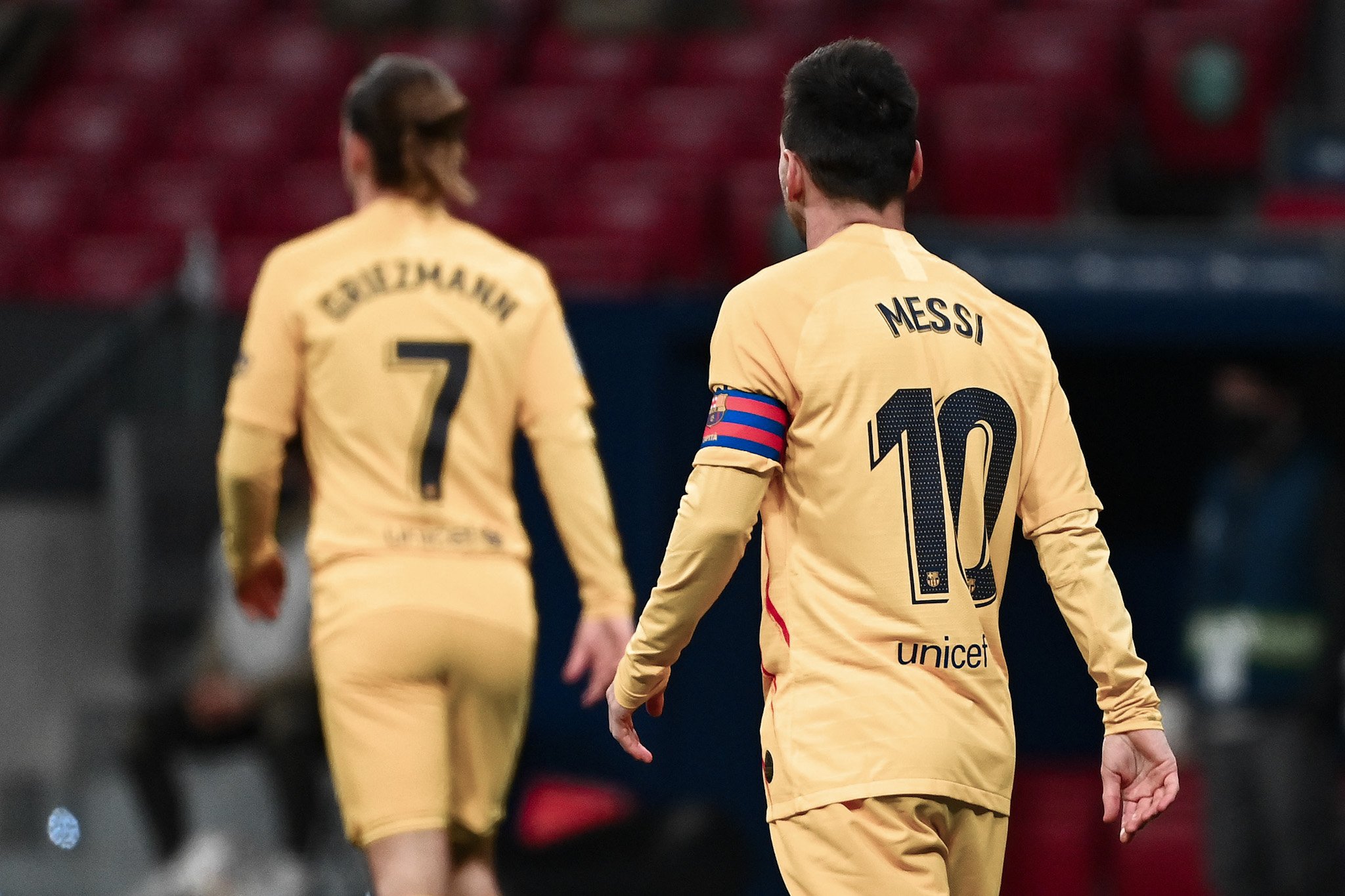 Barça had to perform against Atlético, a direct title rival, today and they did in most parts of the game. Away from home against one of the most in-form sides in the world, Barcelona had to weather the storm on many occasions and did meticulously.

Atlético had two great chances. One in the 14th minute where Saúl Niguez tested Marc-André Ter Stegen. The German stopped the midfielder’s shot brilliantly. A few minutes after, the surprising Marcos Llorente hit the bar. While Atléti started with confidence but weren’t really up to it later, the Catalans upped their tempo as the game went by.

Ousmane Dembélé started strongly. The Frenchman was his side’s best player and created many chances. In defence, the winger’s positioning was crucial to tame the scary Atlético defence. He was at the heart of nearly every opportunity for his side. Yannick Carrasco lunged in on the forward before half-time and nearly injured him.

Ronald Koeman’s men were also really tenacious in defence, leaving minimal spaces behind. In attack, the Catalan giants still need work, but it was not awful. If they can create more, they will score. Lionel Messi missed the best chance of the game when Jordi Alba’s splendid pass crossed his path. The Argentine’s shot was tame and didn’t trouble Jan Oblak. On the other side, Ter Stegen’s eccentricity wrecked Barça’s chances as Carrasco dribbled past him to score in an empty net. The German keeper is at fault for the opener and made his team sink before the whistle.

All in all, the visitors were competitive in defence while not so creative in attack. They have to improve some aspects of their game, but it was not particularly awful.

Barcelona’s second half was nowhere near good enough. The Catalans rushed too much, but it was mostly due to their keeper’s mistake in the first half.

Los Colchoneros played with ten men behind, and the only Blaugrana actions came from crosses. The Frenchmen had the best chances of the game. First, Lenglet had two clear headers on goal both caught easily by Oblak. Then, another headed attempt from Griezmann also did not trouble the Slovenian.

Perhaps the worst moment of the half came on the 60th minute. Gerard Piqué landed awkwardly on his foot, and it, therefore, caused a knee injury. The Catalan’s season might be done just like that.

Overall, this was not a bad performance from the visitors. However, their season seems to go from bad to worse by the day. This loss to Atlético will hurt them because they could have come away with a draw or perhaps win it had it not been for their needless mistakes. Hopefully, the Catalans learn from those appalling moments to come back more confident.

That brings an end to the Match Report of the Atletico Madrid vs FC Barcelona game.