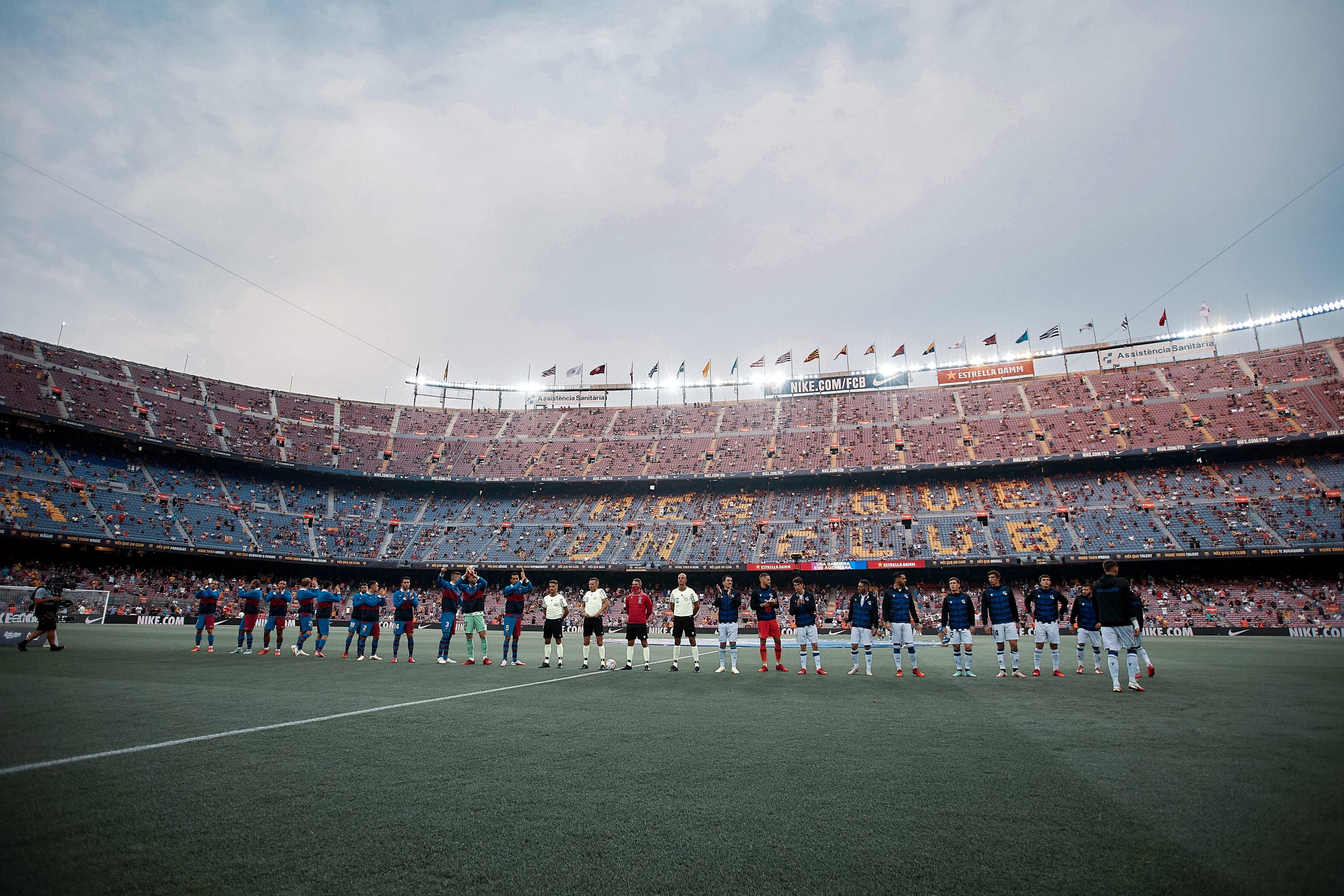 Subsequent to their thumping 4-2 victory over Real Sociedad, Barcelona travel to the Basque country to face an old foe in Athletic Club.

The last time Fútbol Club Barcelona and Athletic Club faced off, the Catalans ripped them apart in the final of the Copa Del Rey. This was a perfect way to exact revenge on Los Leones, who beat them in the Supercopa final just two months prior.

Owing to their enthralling opening day victory over Real Sociedad, Barça will be looking to replicate the same world-class performance away from home. The Basque giants are without a shadow of a doubt one of Barça’s biggest and longest-standing rivals and command respect.

Barcelona had the perfect start to life after Lionel Messi in their opening game against Real Sociedad. The Catalans won by a staggering four goals to two, but the scoreline doesn’t do real justice to the sheer superiority Barça had over their rivals.

Neto did not have the best of evenings in goal but will remain there nonetheless. The defence should stay as is given the fact there have been no injuries. Despite expectations, Pedri Gonzalez will play against Bilbao, but he will enjoy a much-deserved rest afterwards. His partners in midfield will remain unchanged, naturally, along with the rest of the attack.

Barça are expected to perform exactly the way they did in the previous encounter. The Garnet and Blue used an intense press, coupled with a fantastic offensive presence against their visitors last weekend. Much of, if not exactly the same, is expected from them in this crunch tie. With Ronald Koeman celebrating one year at Barcelona, he’d expect a top-notch performance.

Athletic Club did not have the most pleasant of starts to La Liga. The Basque giants played a lacklustre goalless draw, and for the significant portions of the first half, they were the interior side. If not for Elche’s abysmal finishing, the scoreline could have been far different.

Los Leones are quite a dynamic side. They possess a threat from the counter, set-piece, and more often than not, they are hard to breakthrough. They have the adaptability to play a low block when the game requires it and be as offensive as they please.

The lineup is largely expected to remain the same as it was on matchday one, with the exception of a few due to injury. The style, however, might not. With the presence of Iker Muniain, they have an imminent threat from set-piece chances and crosses.

He was at the heart of Barça’s heartbreaking loss in the Supercopa. A Messi-less team is one harder to concede against, and the Basque side as a whole will be more confident in their defensive game.

As captain and leader, Iker Muniain is an excellent player. Out wide, he consistently provides a threatening presence through his brilliant crosses into the box. He equally demonstrates his ability from set-pieces, a facet of his play he brutally hurt Barcelona with during their Supercup victory last season.

Against Elche, he was one of the few bright spots, and with Barça possibly at their most vulnerable in years, there is no better chance to get a league win against the old enemy than now.

Athletic Club are missing a few key players, and Barcelona should be able to take advantage of this. Their opening performance against Real Sociedad should instil some confidence into them, but the Blaugrana know that a trip to San Mames is always a daunting one. The writing on the script should have Barcelona winning, but as always, it will be an uphill task against Marcelino’s men.