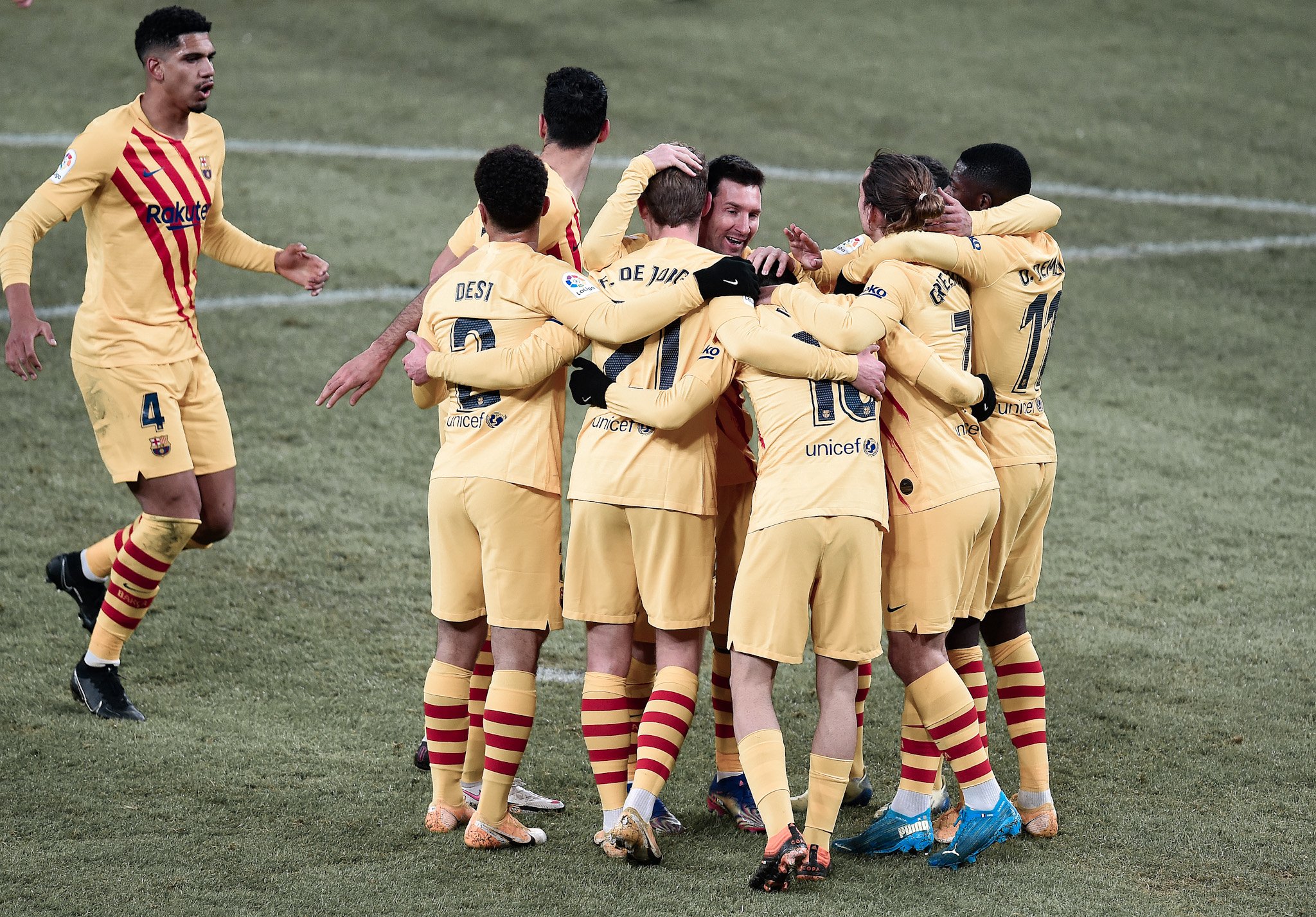 After winning their first game of the year, Barcelona went to Bilbao to play Athletic Club. Last weekend, the Basque club sacked Gaizka Garitano and got one of the best Spanish managers in Marcelino. Ronald Koeman had to make the right decisions: Ousmane Dembélé started alongside Antoine Griezmann and Lionel Messi, together with the usual Barça midfield and defence. Below, you can find our match review of the halves.

As Athletic Bilbao got the ball rolling against Barcelona, disaster struck quick when Clement Lenglet and Ronald Araujo’s ill-disciplined positioning helped Inaki Williams run through the Barcelona defence. The Spaniard made the most of his chance, and Barcelona were already trailing in the second minute.

However, Ronald Koeman’s system looked cohesive, and with Frenkie de Jong and Pedri running the midfield, Barcelona got their equaliser soon enough. Lionel Messi spotted de Jong making a deep run. The Dutchman reacted quickly to a deep cross, playing in a volley into the box where an unmarked Pedri headed the ball into the open net, hugely down to Unai Simon’s poor positioning.

Ousmane Dembele ran the show for the next couple of minutes and would have had an assist if not for Simon’s heroics against Antoine Griezmann. Nevertheless, a move started by the Frenchman resulted in Barcelona’s lead as Messi and Pedri combined to catch the Bilbao defence off their mark. The Argentine slotted the ball into an open net, and the San Mames scoreboard was forced to read 2-1 in favour of the Catalans.

In the second half, Marcelino tried to get something from his first game in charge of the Lions. Athletic Club started the half just like Huesca did in the last fixture. They got early chances resulting in nothing.

Ultimately, Messi got everything right. First, after some great movement from Dembélé, Messi’s shot cannoned off the post. The Argentine would get another chance minutes later after Antoine Griezmann’s astute play. Messi found the crossbar, but his shot was too powerful. Koeman’s men were 3-1 up before the locals could get a lifeline. Muniain capitalised on a late Messi mistake and scored a consolation goal. After a superb performance from the captain, he jeopardised his side’s lead. He took it upon himself to lose time in the last minutes, but Barça did not concede.

Koeman can look back at this display with confidence. Barcelona went behind early but annihilated their counterparts to get past Villarreal and Real Sociedad in the league. If players like Pedri, de Jong, Dembélé and Messi can keep their mesmerising form, PSG will not want to play them come February. Finally, the coach deserves a lot of credit after a lacklustre start. Barcelona won two difficult games in a row and will want to continue against Granada.

That brings an end to our review of the Athletic Club 2-3 Barcelona game.

A graphical representation of our starting line-up: