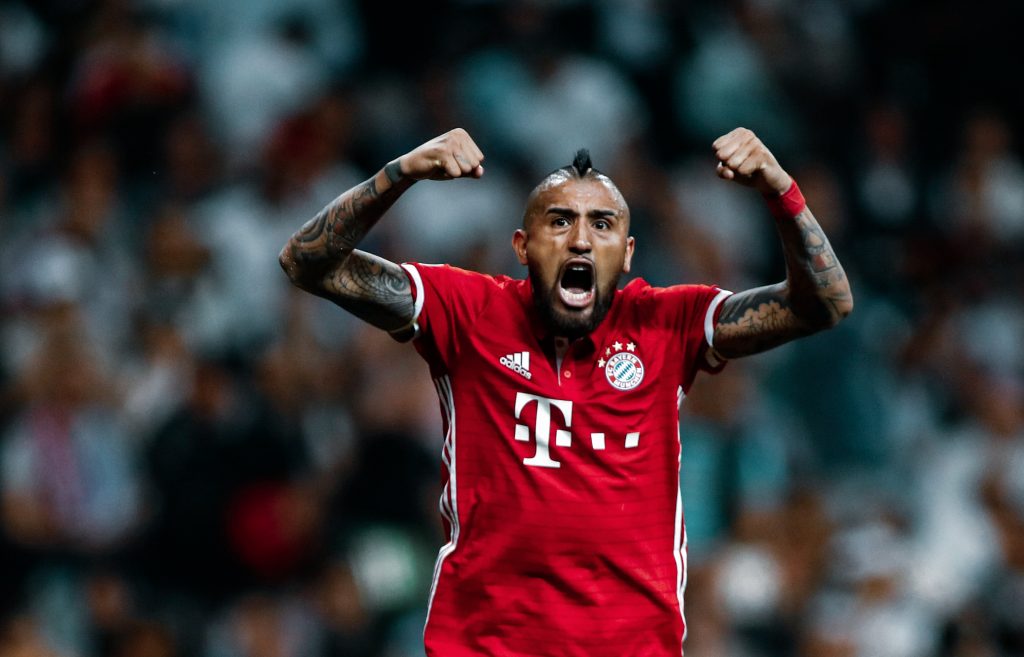 With the Bundesliga returning this weekend, let’s take a look at the current culé stars that have played in the German league. Arturo Vidal had two spells there, including one in Guardiola’s Bayern, and it is worth reviewing them.

Pep Guardiola is a football genius. Every culé has fond memories of the current Manchester City manager, as a player for the oldest fans or as a head coach for younger ones. His squad always tends to play some intricate football that he hates to call Tiki-Taka. That said, a common misconception would be that Pep always plays the same kind of midfielders: small and agile players that have an eye for a pass. In short, Xavi and Iniesta type of players.

When Arturo Vidal signed for Barça, there were some murmurs of discontent because the Chilean is more of a killer in the midfield and some felt he was going to eat up the youngsters’ minutes. What they ignored is the fact Arturo is a warrior, and even Pep valued him as an essential part of his squad in Germany. Of course, the beautiful game is played with the brain most of the time, but let’s not forget that football rewards the most passionate individuals. Vidal has been ever-present for both club and country for a decade now, and his two spells in Germany have been the pick of the bunch in terms of displays.

Arturo began at Chile’s Colo-Colo before Leverkusen snapped him up. In his first spell in the Bundesliga, the enthusiastic midfielder followed up from his excellent displays at the 2007 under–20 World Cup. However, his best stint in Germany was at Bayern, under the one and only Pep Guardiola and another sublime coach in Carlo Ancelotti. After another Scudetto clinched with Juventus, Arturo decided to pack his bags to go to the Allianz Arena. A world-class midfielder for 37 million euros was a steal at the time, and the return the Chilean had for the Bavarians was considerable, regardless of injuries.

In his solitary season under Pep, Arturo was a regular and a bully in midfield. Bayern were a fierce rival that 2015/16 season, as the Bavarians steam-rolled the Bundesliga, obliterated the German Cup and had memorable performances in the Champions League. Their European campaign was one of Bayern’s best under Pep and Vidal played a vital role in a dominant side. Games that had to be won by the players’ head and not their feet were made easier just with the addition of Vidal. That’s why Pep decided to play Arturo Vidal against Juventus in that thrilling 4–2 victory for the München side.

After a hard-fought 2–2 draw in Turin, Pep decided to go with a side that was ready for a comeback, if they needed to complete one. At 2–0 down, it looked like Juve were going to coast past Die Roten, but Arturo and his teammates lifted their game to come back. Pep instilled this mentality, and having determined players like Vidal on the pitch helps everyone when things are going wrong. The Chilean then assisted Thiago for the fourth and final goal of the game to settle it. He, just like the entire collective, was sensational on that night and he proved to everyone that Guardiola doesn’t exclusively play Xavi and Iniesta type of players.

While his looks and style didn’t make him Guardiola’s prototype midfielder, Vidal did perform really well under Pep | Photo by Dean Mouhtaropoulos / Bongarts via Getty Images

After the Catalan left, Vidal kept his place in the team and had more impressive performances, even though his enthusiasm got the better of him and he was sent off in the quarter-finals against Real Madrid. His stint at Bayern was great, but ultimately fitness problems got the better of him and his game time started decreasing because of a recurring knee injury. Now at Barcelona, Arturo Vidal has shown everyone that he deserves to be part of that squad, and his determination is appreciated at the Camp Nou.

To make it under Pep is no insignificant feat, but Vidal played football at an insane level for about two years in Munich and deserved to be picked week in week out. Also, his 2016 was more than complete when he won the Copa América at Leo Messi’s Argentina’s expense, and he played a significant role for Chile in their title win. All in all, Arturo Vidal’s career is littered with success. His trophy cabinet knew its first trophy in 2006 at Colo-Colo, and the last time he did not win silverware in a season was with Leverkusen in 2011. Since then, he has won every single league title in Italy, Germany and Spain and has played in a Champions League final, coming agonisingly close to his first big European title in 2015. An all-time Bundesliga great, Vidal’s name will be anchored in the history books for many years to come.