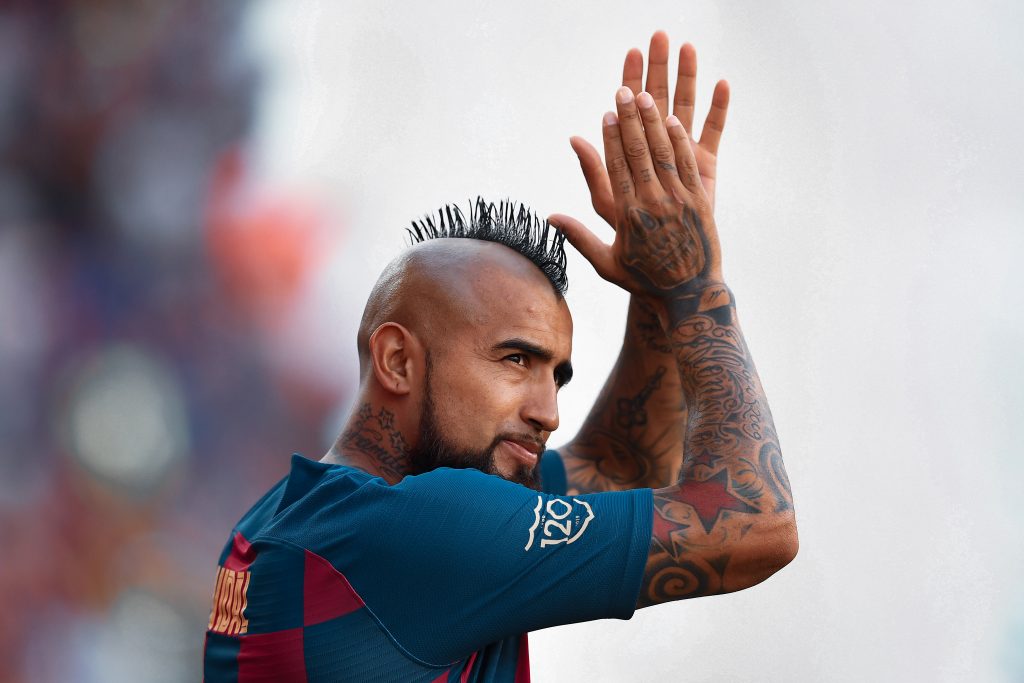 Today is the birthday of Arturo Vidal, powerhouse and warrior wherever he has gone. Playing for some of the best teams in Europe before joining Barcelona, he has come a long way in his career. His birthday gives us the perfect opportunity to take a look at his role at Barça, and how different his impact is from others’.

Throughout his career, Arturo Vidal has been known for his eccentricity. He may not be the most technically aesthetic midfielder, but he is rather a powerful player. Making lung-bursting runs, tracking back tirelessly, making stringent tackles, this is what people see in Vidal. In every team, there must be a player who does the dirty work. Meaning the heavily draining defensive duties that require one or two malicious tackles. These players tend to do anything and everything to make sure that the opposition doesn’t progress forward.

When the azulgranas announced his signing in the summer of 2018, many fans were sceptical. There was a clear mismatch in the player profile and the club. As Barça usually preferred to sign technically profound midfielders, Vidal’s role became a question mark. However, after seeing his performances, the fans and pundits began to mellow down.

It is a known fact that Vidal wasn’t bought for making line-breaking passes, or splitting open defences through crafty play. Rather, he was purchased to provide an extra grit and aggression, especially in the closing moments of matches. It is easy for the intensity to drop off as the game progresses. With fatigue getting the better of players, the room for mistakes due to lapses of concentration gets better. It’s during these moments that the team needs a player to throw his body onto the ball to lift the spirits.

The Catalan outfit lack such aggression in the centre. Despite Sergio Busquets being the default defensive midfielder, he can’t display such levels of drive. Former manager Ernesto Valverde used to bring Arturo on as a substitute towards the last 20 minutes of the game to increase the movement. With Vidal’s activeness combating the problems of defensive rigidity becomes easier.

While seeing Arturo Vidal in Barcelona’s red and blue colours was an odd sight at first, he has managed to win the hearts of many culés thanks to his hard work and commitment | Photo by Imago

The former Juventus man was signed only with a role off the bench in mind. Nevertheless, injuries in the midfield department increased his game time. Not only did he get a chance to start several crucial fixtures, but also provide a hand in goal contribution. Vidal scored 3 goals and made 7 assists in La Liga last season. He currently is at 6 goals and 2 assists in the league this campaign and is proving to be a handy player.

Indeed, this high-level aggression does come with a cost of being booked often, and Vidal is no different. Throughout his career, he has picked up several bookings for making tactical fouls, or through dissent. But as long as he keeps his temper at bay, he provides a fantastic shift in midfield. In the Catalans’ disappointing elimination against Liverpool last year, he was one of the only positives.

The problem with Vidal is that he can’t be relied on for creativity. Modern football enthusiasts and pundits tend to overlook the potency of vigorous players. In times of on-pitch crisis, it is this type of footballers that excel. Direct football is not Barça’s approach. While trailing, or in need of immediate goals, they don’t have many players to go direct. Continual feeding of crosses into the box was never the blaugrana way. But when in dire need, they have Vidal. His heading ability makes him an excellent option in both defensive and attacking set pieces.

Now 33, he knows that there is no guarantee of him being a regular starter for Barcelona. In spite of the rumours of the club looking to sell him to get funds for their high-fee transfers, the Chilean intends to stay.

❛ I am very happy and comfortable in Barcelona and of course I want to stay here. I am also feeling in better shape than ever. This is a good group and I have got great friends in the dressing room ❜

Arturo Vidal
on his future

No matter how long he stays at the club, it is clear that he will continue to give his 100% irrespective of the game time. Quique Setién should look to make the most of Vidal’s physicality and energy whenever the opportunity arises. He is certainly a versatile option and a player capable of giving an element of surprise.