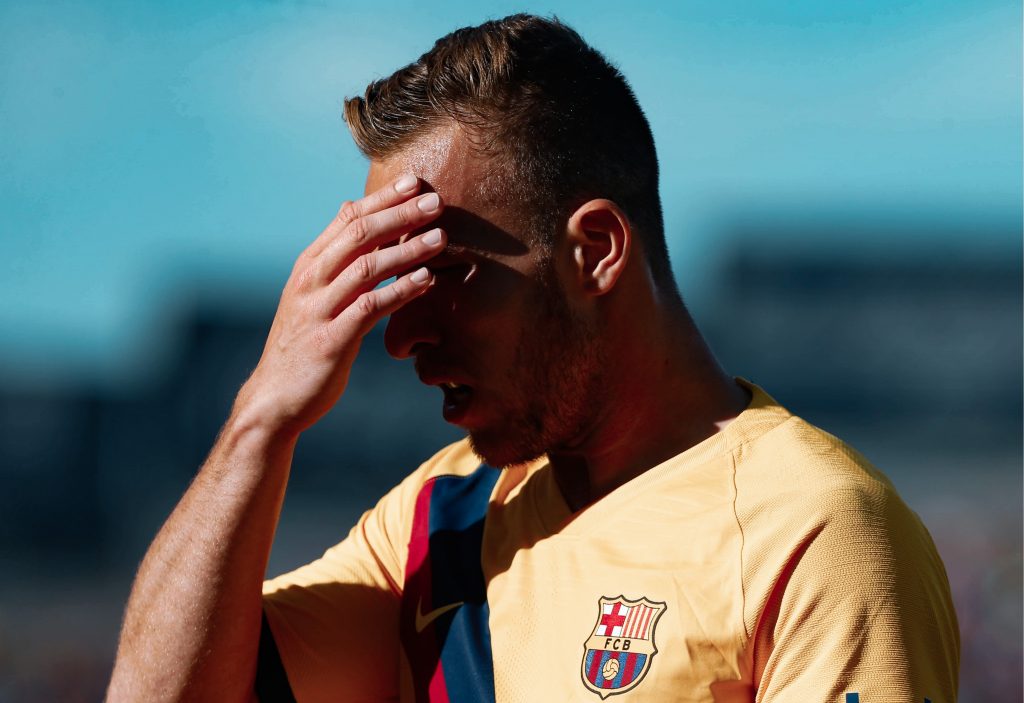 As Arthur demands an immediate exit from Barça once his transfer to Juventus has been confirmed, the midfielder may have shot himself in the foot. The board initiated this lose-lose situation and it could have been dodged.

Professionalism is the most significant trait a footballer can have. The most loved players tend to be the most reserved and the ones who show the most on the pitch, even when they are not the best. That’s how someone like Liverpool’s Jordan Henderson can win the FWA Player of the Year award in the Premier League while superstars like Kevin de Bruyne and Virgil van Dijk play in the same division and even the same team for some. Saying Henderson wasn’t better than De Bruyne this season does not discredit the Englishman and his passion, will to fight and professionalism got him where he is today.

At Barcelona, it seems like professionalism has died a bit since Pep Guardiola left. The former holding midfielder knew how to calm down his players and demand respect, even when he had fought hard against one of them. Samuel Eto’o, in an interview with Bein Sports France, said how much he despised his stint under Pep, but on the pitch the Cameroonian always gave his all even during his final years in Catalonia. That’s what being respected is.

Nowadays, Barcelona has had players walk on their badge, and the club watched without fighting back. The first significant watershed in Barça’s relationship with their stars was the Neymar Júnior transfer. The Brazilian disrespected the club off the back of the 16/17 season. The winger fought with new signing Nélson Semedo and sued the club in the process, demanding some sort of loyalty bonus. Since then, Jordi Alba has gone to say that his own fanbase is spoilt and the list goes on.

From lover to rebellious: a lot has changed between the arrival of Arthur Melo to Barça and his exit to Juventus | Photo by Pau Barrena / AFP via Getty Images

The latest one to spit on the club’s crest and image was Arthur Melo. The midfielder loved Barcelona. He fulfilled a childhood dream when he signed for the giants in 2018, and he was good at times while not being scintillating. It’s fair to say the Brazilian was inconsistent. Every time performances like the one at Wembley in October 2018 came, below-average ones followed.

The 23-year-old’s form after the lockdown was also really disappointing as Iván Rakitić played much better in midfield and Riqui Puig outshined him every single time he stepped on the pitch. However, Arthur did not deserve the treatment the board reserved for him as they forced his exit from Barça towards Juventus. The former Grêmio man was used as a sack of potatoes for money purposes by the board and what followed was even lower.

Quique Setién
before the final league game against Alavés, on Arthur Melo being left out of the squad

While Miralem Pjanić, the other player in an exchange with Juventus, is enjoying a superb run of form, helping the Bianconeri clinch their ninth Serie A title in a row, Arthur has played no minutes since the transfer was made official. When the news broke out that Arthur was still in Brazil ahead of the preparations for the tie against Napoli, there were many reactions from Barça fans.

Some fans understood him. At the end of the day, he was disrespected, and he is playing fewer minutes than ever before. He has gone through many shady businesses at the Camp Nou that he has the right to feel disgusted and ashamed to wear the blaugrana colours.

Others felt cheated by the midfielder. Indeed, the treatment he has received hasn’t been the best, but he is a professional. Why would a player like Ousmane Dembélé get so much backlash for his mistakes earlier and Arthur to be understood? This sense of equality some culés have has made them turn against Arthur, and some are completely with the lawsuit the board is preparing if Melo never shows up again. After all, he has a contract until August, and he should honour it.

Others feel like this is a lose-lose situation. And it really is.

This situation benefits no one. While Arthur should be more professional, the board lost his respect when they did that shady business, and they should have been prepared for the backlash they would receive. Nonetheless, Arthur is still a Barcelona player and could help in the Champions League, while making him an undisputed starter of Maurizio Sarri’s Juventus next season. He still has to be in shape and staying in Brazil while not doing any medical tests, which he missed on Monday, is not a good look on him. He could be seen as a temperamental asset by future clubs, and this could play right against Arthur’s way.

After his enforced exit, Arthur has the right to feel disappointed with the Barça board, but in expressing his anger he is disrespecting his teammates and fans too in their chances to win the Champions League | Photo by Imago

Barcelona still loses an essential asset of the squad, at least on the bench. The culés have a lesser squad in the Champions League as Sergio Busquets and Arturo Vidal will miss the Napoli game through suspension. That’s where Arthur’s presence could be crucial. Having Monchu or any B-team player on the bench instead of Arthur could prove to be bad for Quique Setién as he would only go with four first team midfielders for the Napoli clash. A midfield of Sergi Roberto, Frenkie de Jong, Riqui Puig and Iván Rakitic could be too thin, especially with Napoli’s pressing.

Arthur most definitely burnt his last chance to impress at Barça before his definite exit, and his despair is understandable while his disrespect is inexcusable. If he prolongs his stay in Brazil, he could kiss goodbye to Barcelona and another month of football, not ideal for someone who has just signed for one of the biggest clubs in the world.

This situation is awkward for everyone and could have been dodged by both parties had business been done later. No one is right, but Arthur has just rubbed salt in the deepest wound.