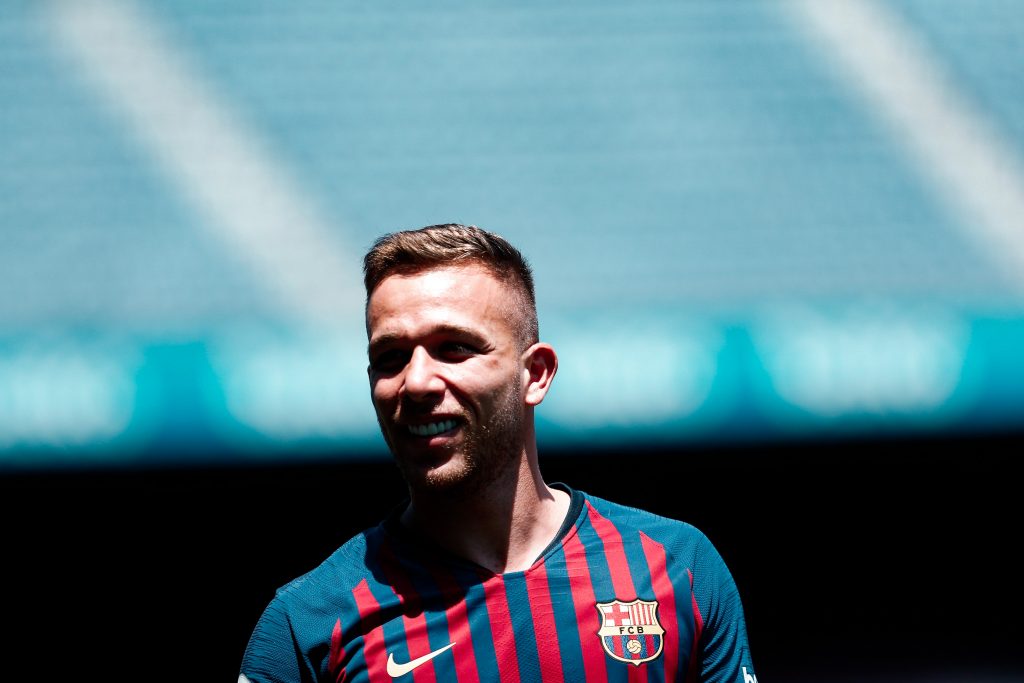 Having excited all fans since his opening days at his dream club Barcelona, midfielder Arthur Melo is now pushed out by Barcelona’s board.

The signing of Arthur Melo in 2018 generated a lot of buzz among Barcelona fans. Said to have the playing style of the legendary midfielder Xavi Hernández, the young prospect was set to be a major part of the club’s midfield. Yet two years on, he seems to be on his way out the door. What happened in this period that led to this unexpected outcome?

Arthur Melo is one of the most promising midfielders in the world. Calm in possession and able to resist pressure from the opposition, the Brazilian fits perfectly into Barcelona’s style. His stats over the last two years might not be incredible, but they hide what he gives to the club. Capable of carrying the ball, Arthur can often take on challenges and doesn’t panic on the ball. He might not be the paciest or strongest midfielder, but his passing certainly makes up for it.

Arthur is most known for his vision, passing and touch. He can string together balls that easily break down even the toughest of defences. He might not attempt as many as Xavi Hernández, but that is a trait that he will develop with experience. The former Grêmio youngster can find teammates with ease, and is more than good enough when it comes to positioning.

While he can sometimes invade the wrong zones, he always makes himself available for a pass, supporting others when he can and effectively forming triangles in midfield. His passing stats are astonishing, with the Barça man completing 90.88% of his passes and attempting 67.8 passes per 90. They are flattering for a 23-year old and indicate what a bright future he has.

Arthur has flourished under Quique Setién when fit. His expected goals, xG, and expected assists, xA, have both increased in Quique’s 12 games in charge. He has great chemistry with his partners in crime, Sergio Busquets and Frenkie de Jong. Moreover, the player himself has said that it has always been his dream to play for the blaugranas. Then why, if all the facts and figures are positive, and the footballer himself wants to stay, is this transfer falling through?

It has all got to do with the board. They have been reckless over the last few years. Spending hundreds of millions of euros on players has left the club in a money crisis. FC Barcelona desperately need to balance the books and are hence offering Arthur as a sacrifice. There is no denying that Miralem Pjanić, who will be bought in return, is an extremely talented player. But his age is against him and there is uncertainty regarding his compatibility with the squad, whilst Arthur fits in like a glove.

In his time as president, Josep Maria Bartomeu has made several questionable decisions and this will certainly be one of them. Arthur Melo has been prone to injury, missing 22 games in two seasons, but so have many of the other first team member. There just isn’t enough evidence to justify the transfer.

The board’s lack of confidence in Arthur is what made him change his mind. It will be another one of several decisions that the club may come to regret. Undoubtedly, Barcelona will miss him dearly. If youngsters like Riqui Puig fail to stand up and perform, even if faith must absolutely be had in him, then the club’s midfield will be incapable of maintaining intensity over the long, congested season.

It could be said that the funds will be used to buy young attacking talents such as Lautaro Martínez, but there’s only so much that a good attack can do. Without a good, bright midfield to help in the transition from defence to offence, the azulgranas will suffer.

Having a world-class attack is worthless without a midfield to supply and create chances. The likes of Carles Aleñá and Carles Pérez are just few of the youngsters who have had to leave. Replacing a bright young star with an ageing midfielder is just another point which proves the board’s lack of judgement.

Barcelona has already lost several talents and money owing to the board’s inability to trust youngsters. It has reached a point where logic fails to explain their management. The Catalan club needs to learn from Frank Lampard’s Chelsea or Julian Nagelsmann’s RB Leipzig. The large majority of culés are against this transfer and everyone will rue the loss of Arthur.

With just the final details remaining, the transfer is on the brink of being completed. Just how much it will affect the club remains to be seen, but there is no questioning that repercussions will be there. As said earlier, change is needed at the Camp Nou, but maybe it is the board what must change before Barcelona can go any further.