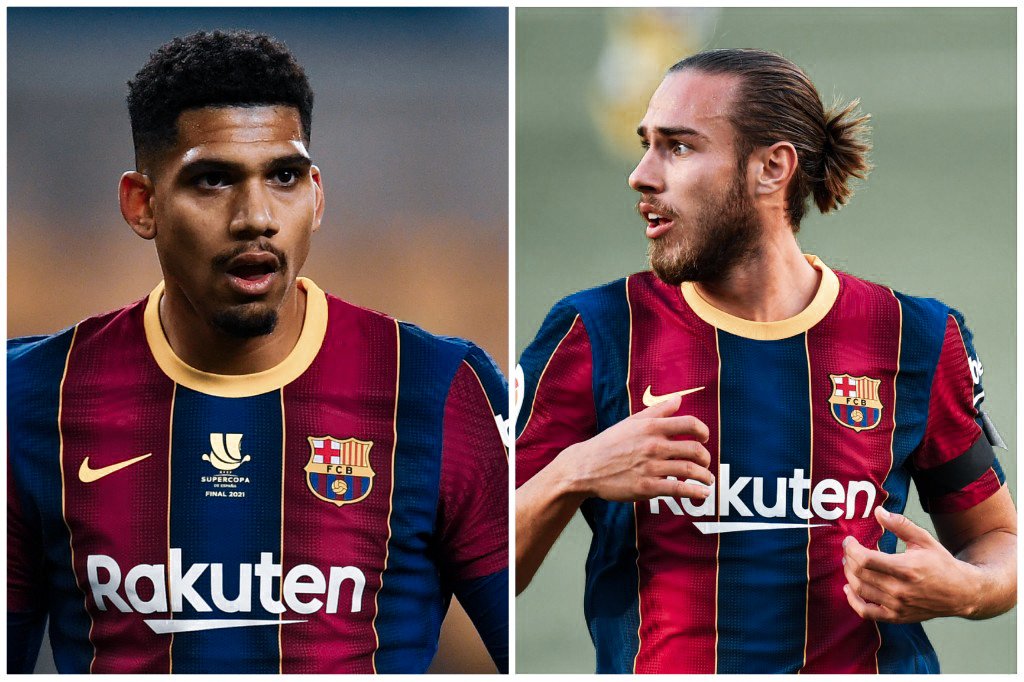 After years of poor squad planning, expensive signings and underperforming veterans, two young talents have, once again, shown the value of La Masia. This has come in the form of defenders Ronald Araujo and Óscar Mingueza. Both are establishing themselves as reliable and confident centre-backs with huge potentials.

This campaign is crucial for Barcelona. The club has been on a gradual decline for several seasons and, in that time, faced some of the worst defeats in its 121 years of existence. As Ronald Koeman has stated so himself, this truly is a transitional season for the Blaugrana.

The team was in desperate need of new blood and rejuvenation in the squad. Though this was partially completed, Barça found themselves short in some positions. This was particularly the case when Gerard Piqué sustained a long-term injury against Atletico Madrid. The Catalan side found themselves without any experienced right-sided centre-backs. On top of this, Samuel Umtiti has rarely been fit enough to start, and Clément Lenglet’s form has dipped this season.

However, from this concerning position, it has allowed others to thrive. Araújo and Minguea have both played nine matches in La Liga this season and are taking their chances. The Uruguayan has impressed with his imposing figure and defensive capabilities, while Mingueza has shown his versatility and confidence on the ball.

Being forced to rely on La Masia has meant both Araújo and Mingueza have been given first-team chances. The youth academy has been underappreciated and young talents have not been handled correctly. With the young defenders performing so admirably, surely these are the signs that Barcelona will show more faith in their homegrown players again.

Having played most of his youth career in Uruguay, Ronald Araujo joined Barcelona in 2018. The 21-year-old did not need long to gain first-team minutes. He appeared six times for the Blaugrana in La Liga during the 2019/20 season. After a slow start to the current campaign, Araújo looks to be establishing himself as the heir to Gerard Piqué.

The Uruguayan defender has the brains and the brawn to go with it at such a young age. Araujo is positionally aware and shows great anticipation and awareness of danger. This sense, combined with his pace and strength, means he is almost impossible to get past.

Having that pace is important as he is able to stop counter-attacks against quick oppositions. The La Masia graduate displayed this against Iñaki Williams in the Super Cup final as he limited his chances of getting in behind the defence.

Another one of the defender’s strengths is his ability to recover and make important challenges. On several occasions already, Araujoo has shown how quickly he can track back and stop strikers getting the chance to score. It is a useful trait as Barcelona play with a high line that can be exploited by opponents getting in behind the defence.

The big Uruguayan is not the finished product yet though. There are some areas where he could improve to become the ideal Barça centre-back. The most notable weakness is his passing, with Araujo not always looking the most comfortable on the ball. He struggles to find progressive passes into the midfield and break the lines of the opposition’s press. This is an important aspect of any Barcelona centre-back, but one he can develop.

Against Athletic Club, Araujo showed his aerial dominance winning five out of six aerial duels. Though his side conceded three goals, the young centre-back continues to show his leadership qualities on the pitch. The defeat will be a difficult one to take, but Araújo has a promising future at the club.

Óscar Mingueza is another young defender who is stating his claim for a starting position. At one point, he was considered the fourth-choice centre-back for the Barcelona B team. Now, Mingueza is playing regularly for the first team and is showing he is capable of performing at this level.

The Spaniard is a determined defender and is ready for a physical battle. He is fearless like club legend and former captain, Carles Puyol, and commits to every challenge. Though the number 28 has a long way to go to be compared to club legend Puyol, there are some signs. The 21-year-old times his tackles well and is confident in one on one situations with attackers.

Mingueza is versatile and has proven he can play as a centre-back and a full-back. Similarly, Carles Puyol began his career as a right-back and eventually transitioned to a central defender. This versatility has been an asset to Barcelona this season with injuries in both positions leaving the Spanish giants short of options.

In contrast to his teammate, Ronald Araújo, Mingueza is excellent on the ball and comfortable in passing. This is more natural to the Spaniard as he has spent more years in the Barça youth system. The two defenders complement each other well and are both fast, strong and committed.

Though the number 28 did not start for the Blaugrana in the Super Cup final, he came on at half-time to replace Sergiño Dest. In a difficult contest, Mingueza performed well and showed a great work ethic. He should continue to get regular minutes and develop with the first team. There is no doubting his quality and his future also looks encouraging at Barcelona.

With Eric Garcia’s signing in the summer almost inevitable at this point, it is safe to say that he will come to his hometown to face more competition than he would have expected. Ronald Araujo and Oscar Mingueza’s rise to the first-team is proof that La Masia can still be trusted. Or rather, should be. The season is long and hectic, but there is littl to no doubt that Araujo and Mingueza will keep shining.