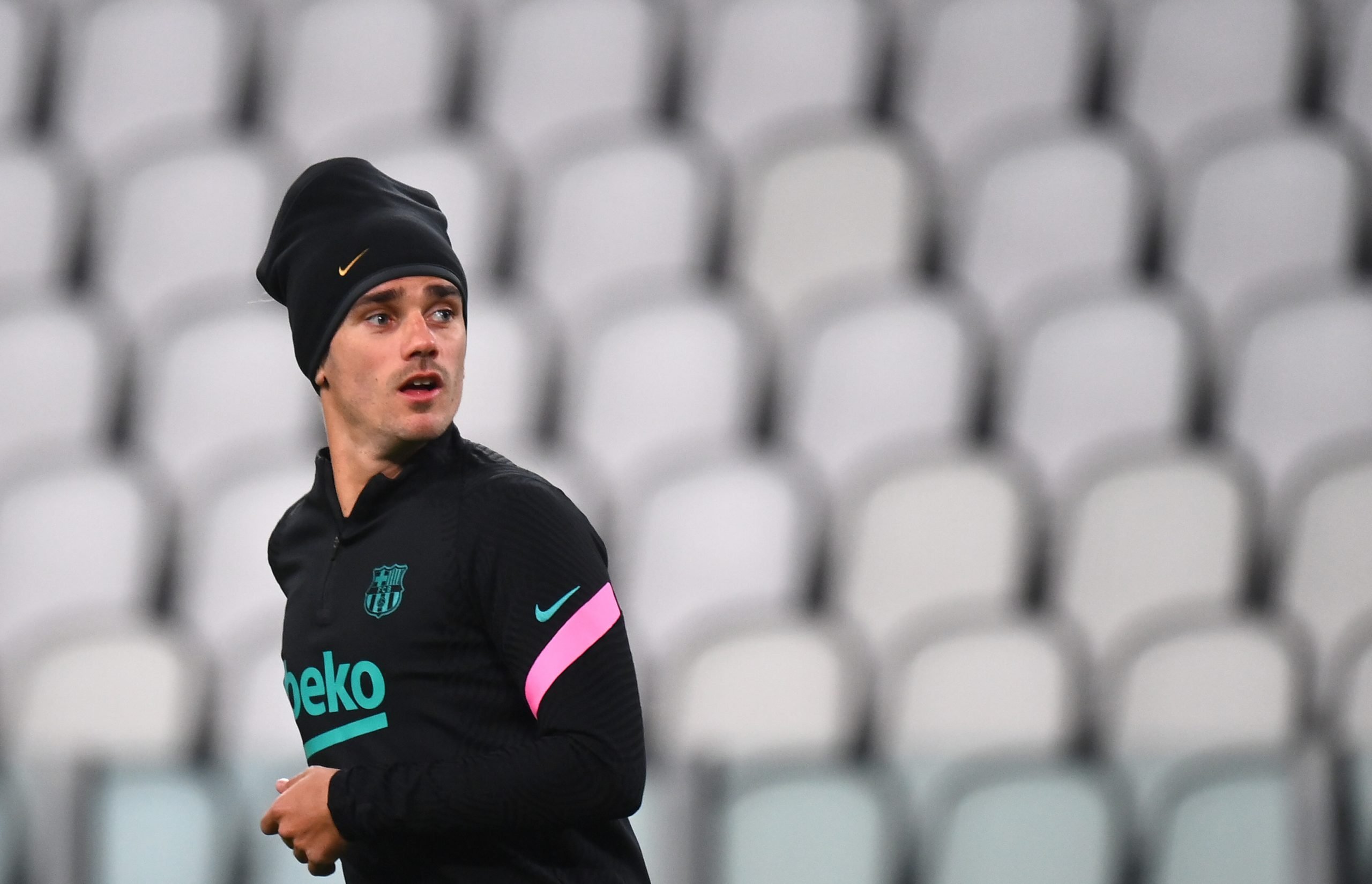 The Deportivo Alavés game will turn out to be one of the more frustrating games of the season when the team and the fans look back the season. Whether it is Neto’s lack of concentration or a lack of clinical finishing in front of goal, Culés would not like most of what they saw on Saturday from Barcelona. Apart from those disappointments, one happier instance occurred: Antoine Griezmann scored.

The out-of-form French forward finally scored a goal for Barça this season. His last goal for his side came on the 5th of July against Villarreal. His last few months at Camp Nou have been lacklustre, and no Blaugrana attacker should go through that lengthy of a drought.

However, his goal at Estadio de Mendizorroza was delicious. After a misplaced pass from Tomas Pina reached him right at his feet, on the edge of the box. He proceeded to take a touch before chipping the otherwise brilliant Fernando Pacheco. The goal was undoubtedly slick, but there is one huge question prevalent now. Will this help his confidence, or was it a fluke in the larger scheme of things?

Griezmann’s tenure in Catalonia has been plagued with quick passes, great runs, insane work rate but poor finishing. There is not one aspect of the World Cup winner’s game that has changed. The French forward runs as much as he did at Atléti, but can’t get a break in front of goal. Also, let’s not forget thata majority of his games of last season came from the left, and this season on the right. Antoine Griezmann is not and will never be a winger.

The Frenchman doesn’t possess the pace artillery to get past opponents, nor does he have the versatility to improvise on the wing. These are the reasons why Griezmann had such a bad start to the term. However, he did get a straightforward chance in the middle against Getafe two weeks ago but could only fling it into the stands. At the Coliseum Alfonso Pérez, Griezmann did not change anything in his game and still delivered a level of performance unworthy of a Barcelona forward.

Moving away from the horrendous Getafe game, the 29-year-old stayed on the bench for the next two fixtures. He didn’t get a chance against Ferencvaros and came on in the 80th minute in the El Clasico loss.

Nonetheless, Griezmann got his last chance to shine in Turin on Wednesday due to Philippe Coutinho’s injury. While there were no standout performers or disappointments, the World Cup winner was certainly unlucky as he hit the post in the opening minutes of the game.

Against Juve, had Lionel Messi not been indecisive in front of goal, Griezmann would have registered a stupendous assist through a backheel. His runs, as always, were also helpful to create space for the attackers to run into. His performance convinced Ronald Koeman who wanted to give his player another chance to shine against Alavés.

Griezmann was, like many others, nearly flawless against Juve. (Photo by Marco BERTORELLO / AFP)

Now, having scored against Alavés, Griezmann salvaged his team from a surprising loss. He even spoke after the game, acknowledging that his performances were not good enough. He wanted to show the world what he was capable of, and his goal is a testament to his determination.

However, despite his goal, Griezmann still epitomised the team’s lack of finishing in front of goal. The Catalans had 25 shots on goal and only scored once. The 29-year-old had the chance to open the scoring in the first-half, but his shot went wide. If he had scored on this occasion, the game could’ve been different, though the draw is far from his fault.

“We miss a lot of chances. I was failing the team and they need me to score.”

While seeing the former Real Sociedad star score after a long break is refreshing, his form will not skyrocket by itself. Griezmann’s problem was confidence and not hard work because he had always given 100% for his side, even when he was not clinical.

Ronald Koeman did not fail to acknowledge the goal either. Moreover, being your team’s saviour might make your confidence rise exponentially. If he keeps his hard work and every other aspect of his game intact but adds finishing, Griezmann could be the team’s primary weapon in attack, especially with the lack of a proper striker. Who knows, he might be able to dislodge Coutinho from the starting spot.

“Griezmann’s goal will help him and it will give him a boost in confidence.”

It is fair to say that the 29-year-old will not become the second coming of prime Luis Suarez after a solitary goal. He has to find his flow and score against the easier opponents he’ll play this week including Dynamo Kyiv and Real Betis, both at Camp Nou. A goal or two is the best way to win back his confidence, and it will do his mojo a world of good.

More importantly, the fans must back Griezmann. He got his fair share of criticism during his rough period. Confidence comes from being free, being allowed to breathe. If Culés keep suffocating their players in need, they will never overcome their rough patches of form. If André Gomes suffered immensely because of the Blaugrana fans, it could happen to anyone else.

The team needs Lionel Messi and Antoine Griezmann at their best in front of goal. (Photo by Cesar Manso / AFP)

Griezmann is a winner at heart. If he’s in the best conditions, he’ll pay back the confidence in him. Hating on him, or any player is never the right way to go. Now, it’s up to him to pick it up and repay the faith many fans had in him. If he does, he could propel Barcelona towards their season’s objective.