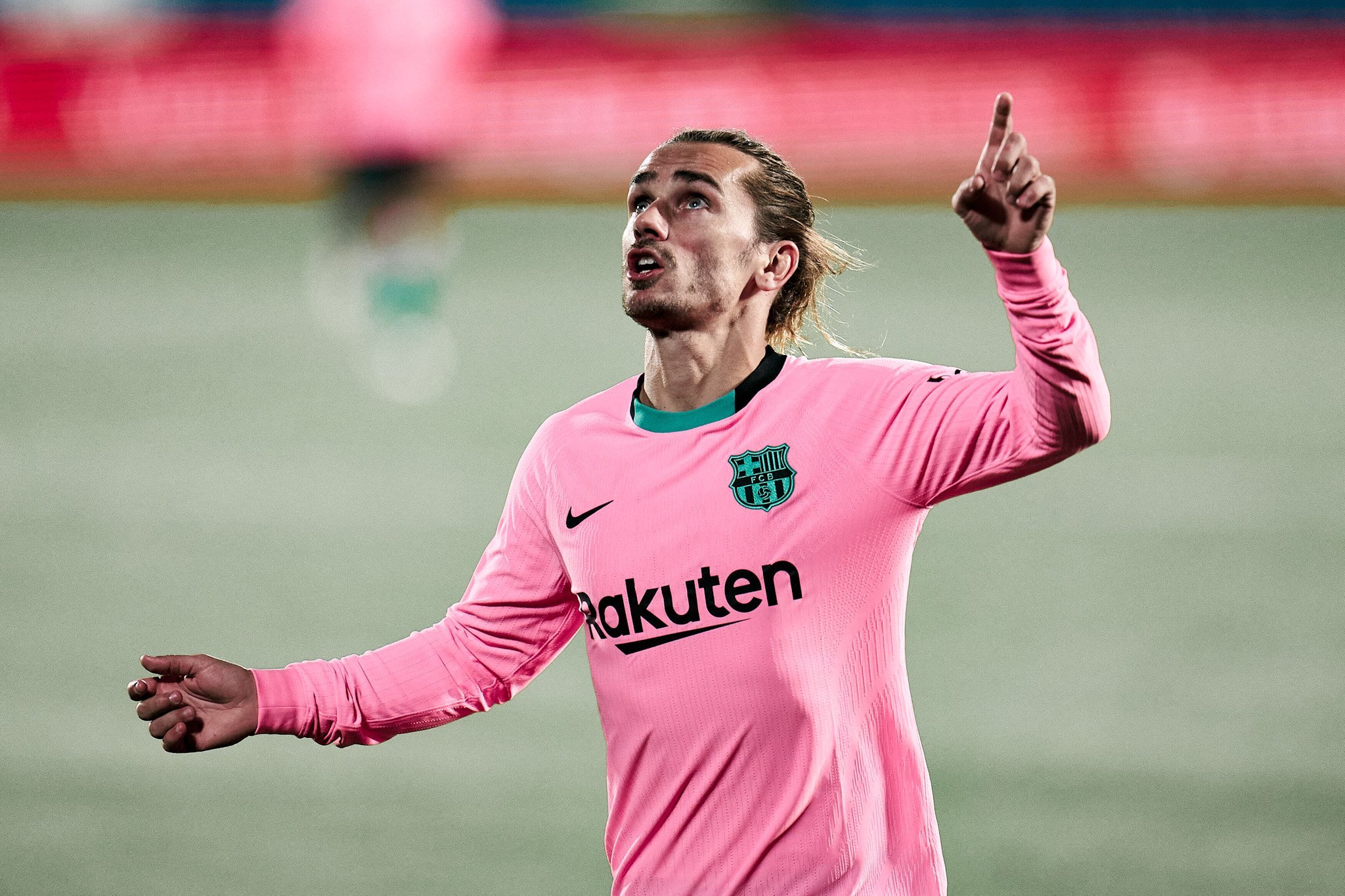 Photo by Perez Meca via Imago

With an injury to Philippe Coutinho, there is now a place available in the starting eleven, which also coincidentally happens to be Antoine Griezmann’s preferred position. If he is to succeed at Barcelona, now might be his chance.

Philippe Coutinho returned from his loan spell at Bayern Munich and was reassured of his importance to the team by Ronald Koeman. The manager promised to play him through the middle, where he is most comfortable, and the results were clear. The same cannot be said for Antoine Griezmann.

The Frenchman has been made to play out of position on the right and is to establish himself in his best role, in behind the striker. However, with the injury to Coutinho, this could be his chance to prove his worth in Catalonia. There is no doubting the 29-year-old’s quality, but he faces strong competition from others in the squad for a starting place in the team.

Will Griezmann get his chance?

Antoine Griezmann has found himself in an unfamiliar position both on and off the field recently. On the pitch, Griezmann has been played on the right-wing, and it has not suited him. Off the field, he has started from the bench in the last two matches. The World Cup winner is used to being one of the most important players in the squad and a guaranteed starter. However, his form has been poor this season, and his confidence plummeted.

“Griezmann no longer knows how to play football with the Barça jersey. He no longer finds his place. It’s been eighteen months, so it’s impacting his head, and the situation is really critical for him.”

The key to getting the best out of the World Cup winner is by playing him centrally. In fact, he has gone on to publicly say that he prefers playing centrally and that Didier Deschamps knows where to play him.

He prefers the ball at feet and being able to link with others around him. Griezmann loves creating chances and can also score goals. The forward wants to be involved in the plays and dictate the game constantly. Therefore, he must convince his the manager that he is the man for the attacking midfielder position, where he can function as a second striker.

Antoine Griezmann is one of the best players in the world; but is not being treated like one. (Photo by LLUIS GENE / AFP)

The former Atletico Madrid star needs to recover his form if he wishes to regain a starting position. On his day, the World Cup winner unplayable and amongst the best in the world. He could be influential in helping Barcelona win trophies this season. Furthermore, having such an expensive price tag and a huge salary means it is difficult to leave him on the bench. Therefore, it is likely that Koeman will give him opportunities to convince himself, especially against Juventus, as he is yet to find the right balance within the team.

Barcelona are absolutely stacked both in the forward and midfield areas. Against Real Madrid, Koeman opted to play Lionel Messi as the attacking midfielder, after five games of being used as a false nine, previously so it will be interesting to see where he plays against Juventus on Wednesday night.

Another player that can play as in that role is Pedri. The 17-year-old already looks to be a perfect match for the Blaugranas and should be considered for the game against the Old Lady.

The former Las Palmas player has already shown positive signs and was Barcelona’s only bright spark in the 1-0 defeat to Getafe. Pedri is an all-round AM and has amazing positioning and awareness. Additionally, he boasts of some impeccable footwork, vision and is creative in the final third. Most importantly, at the age of 17, he has displayed immense confidence and is slowly becoming Koeman’s favourites, so it is likely he features in some capacity.

One player that culés have been crying out for this season is Riqui Puig. It has been disappointing to see one of Barça’s best talents accumulate just five minutes as a substitute this season. This is not a way to treat or develop such a talent. In fact, when the Spaniard has played, he has consistently been one of the Catalan side’s best performers and deserves more game time based on merit.

Finally, another La Masia graduate that has been overlooked this season in Carles Aleñá. He possesses all the right attributes to play as an attacking midfielder. Aleñá is energetic, quick at moving the ball, and can play in tight areas. As part of the La Masia for several years, he also has adept positional play, and the ability to pick out a pass. The 22-year-old is too good to remain on the bench all season and should get opportunities to prove himself on the pitch.

The injury to Philippe Coutinho is unfortunate and comes at a horrible time for the club. However, this does leave the door open for others to fight for a starting role, and impress Ronald Koeman in his absence.

Leading this competition is Antoine Griezmann, who is looking to capitalise on his favoured position becoming available. He needs to take his chance quickly, though if he is to secure it for himself. There are young talents that are desperate to play and show the manager why they should be starting. Whoever does start, the competition for places should be a strong incentive for the players to give their all.