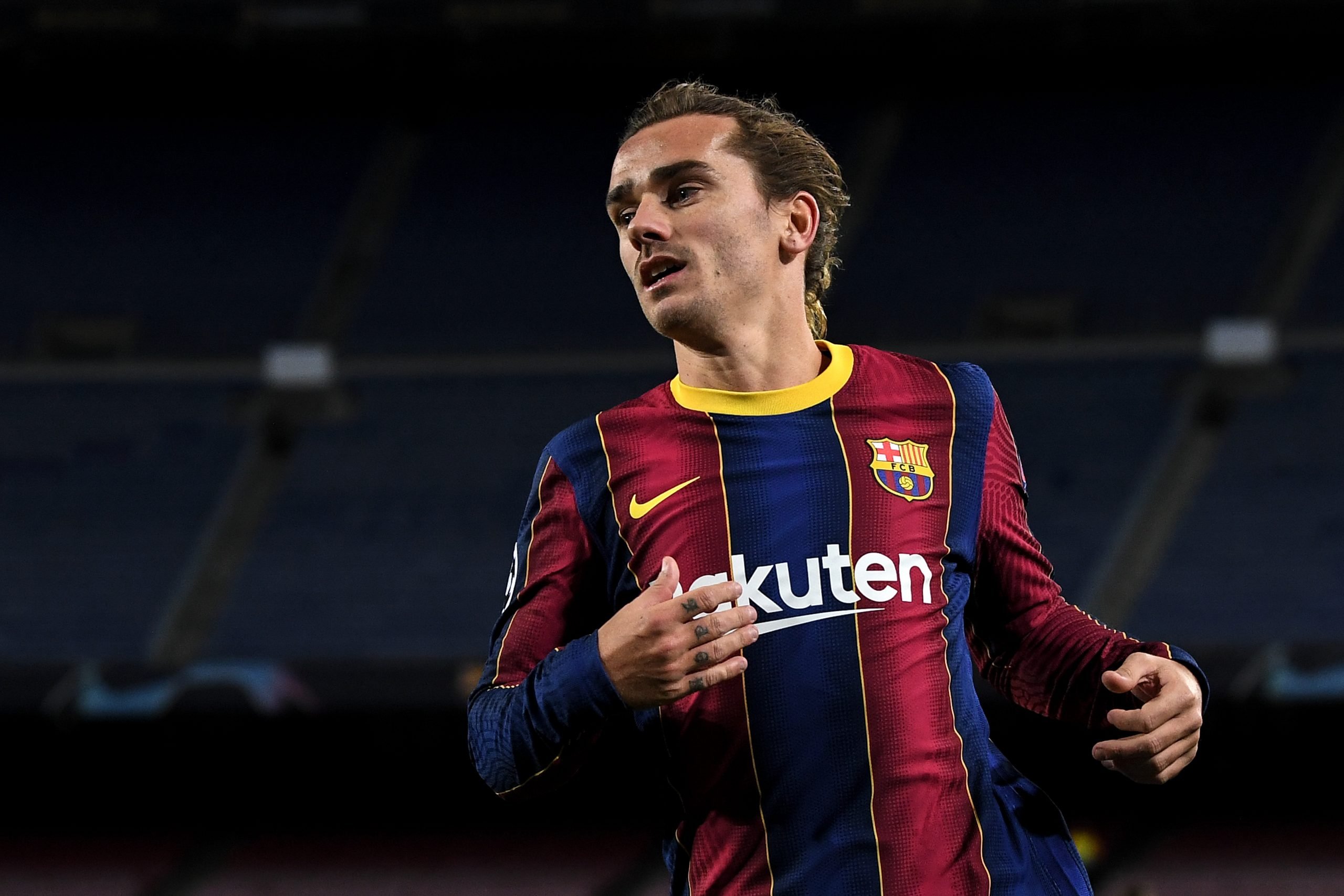 After a very poor Champions League performance from Barcelona in the 0-3 loss against Juventus, Antoine Griezmann spoke to the cameras (via Barça TV+). While all eyes were (and probably still are) on coach Ronald Koeman, the Frenchman took the responsibility on his team:

“We’re responsible for what’s happening, we weren’t in the game.”

Griezmann himself had a lacklustre display too, failing to shoot at certain moments. It is surprising how the Blaugrana’s did not turn up for such a big clash, especially considering an iconic feature attached to the game, namely the Messi – Ronaldo rivalry.

For the first time since 2006, Barcelona finished the group stages in second place, which came over shocking to Griezmann as well:

“The result is shocking, but it will make us work on the mistakes. We gave a bad image to the fans tonight, and we will work to overcome the crisis with training and dedication.”

“The best way to get back on track, is to train, and train more. We have the talent and skilled players. We just have to believe in ourselves, and we will get out of these negative results.”

It is true that on paper, the team has an enormous talent pool, but when it comes to big cames it looks like the Blaugrana forget everything they know. On top of that, it is interesting how everyone at the club, from players to staff, seem to be very quick in forgetting about what happened and focus on the future.

“Now we have an important game on Sunday, and we must win it.”

If Barça can beat Real Sociedad, and that is a huge if, the morale might get better at the club. However, the Catalans seem in quite a bad form. It will be hard to beat a Real Sociedad team going head-to-head with Atletico for the league title. It looks like this season will be a long one for the Culés, especially if the players keep letting everyone down.