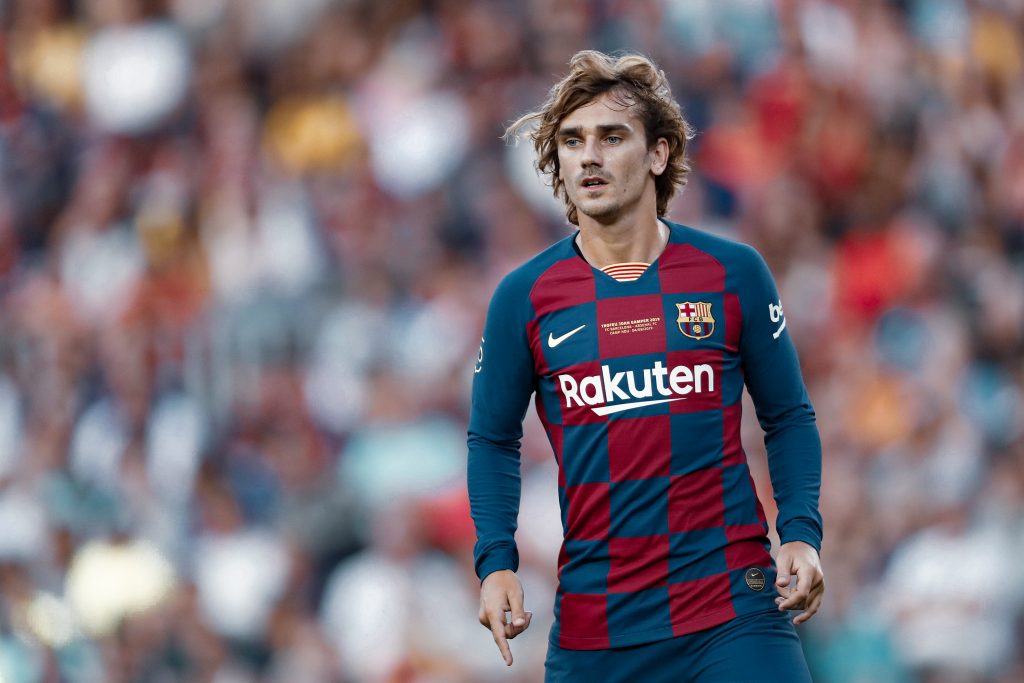 Antoine Griezmann was signed from Atlético de Madrid ahead of the 2019/20 season. His first campaign in Barcelona has been mixed, although circumstances out of his control have had an unquestionable impact. But should culés be expecting more from the Frenchman, and does Griezmann have more to offer?

Rumours of Antoine Griezmann leaving Barça have died down in recent weeks and it looks like he will stay at least for another season. Though his performances so far this season have not exactly set the Camp Nou alight, it would be too harsh to say that he has disappointed. In a campaign disrupted by a change of manager and a global pandemic, Griezmann has still not had a fair chance to prove himself at the club yet. There are areas where he still has to improve and Quique Setién must find the position that gets the best out of the former Atlético de Madrid star.

In the summer of 2019 Barcelona signed Antoine Griezmann for €120 million from Atlético de Madrid after paying his release clause. His signing was divisive amongst fans as in the previous season he had rejected Barça with a controversial short film. When Griezmann’s Atleti came to the Camp Nou in the 2018/19, the striker was whistled at by many of the blaugrana fans.

Furthermore, Atlético complained that Barcelona had agreed a deal with the player when his release clause was €200 million. They threatened legal action as they believe the amount they were receiving was “insufficient”. However, there were no repercussions for Barça as they were found to have done nothing wrong.

With La Liga scheduled back on June 8th or 12th, the season is not over for the number 17. It has taken him a while to find his feet in the team as the playing styles of Atlético de Madrid and Barcelona are very different. At Madrid, Antoine was the main goal scorer and often playmaker. In 257 games for Los Rojiblancos, Griezmann scored a total of 133 goals and a further 50 assists. This is an impressive return for a team that are renowned for their defending.

At Barcelona, who look to attack more, it is not unfair to suggest that the forward should be looking to equal or improve on that record. So far, he has played 37 times for the club, managing 14 goals and 4 assists. Considering it is his first season and with competition for places and a change in coach, the statistics look good on paper.

❛ When I’m close to the penalty area, that’s when I feel more comfortable ❜

Nevertheless, sometimes statistics only give half of the story. Fans can put too much emphasis on them and not appreciate other parts of the game. One of the biggest questions over any new forward joining Barcelona is how they will link up with Messi. This has been a bit of a hit and a miss with Griezmann. At times they have looked good together, while at others there has been a lack of chemistry.

Antoine has also struggled to be involved in some of the games, either as a winger or as the central striker. This is especially true when teams set up in a deep and compact formation. But the French forward has also proven valuable in the team with important goals, strong performances and an incredible work ethic. Not to mention he is only one of two players, alongside Frenkie de Jong, not to have suffered an injury this season.

Where he fits best into the team

It is difficult to pinpoint where the best position is for Antoine Griezmann in Catalonia. He started as a winger at Real Sociedad, and has played there for Barça this course. At Atlético, he often played alongside another striker in a front two. In addition, he played and plays behind the striker for France too. His days as a winger are behind him, though.

While it can’t be said that Griezmann’s season has been bad, more is expected from him in terms of overall influence in the side | Photo by Joaquin Corchero via Imago

At Barcelona, there are already enough wingers and he does not possess the pace that is required. His best position in a 4–3–3 could thus be as the main striker in the team. He has the ability to link the play, score goals and press relentlessly. This only issue is he is then competing with Luis Suárez and possibly Lautaro Martínez, if he is signed in the summer. The board must consider this carefully as all three of these centre-forwards would be expecting game time.

❛ The more matches I play, the better I feel on the pitch ❜

What he needs to improve

Though his time at Barcelona has been short, there are areas where Antoine Griezmann should look to improve. The first is his movement off the ball. This is difficult for any newcomer to Barça, but he needs to learn to stretch the opposition more and when to make runs in behind the defence. Another improvement would be his decision making in the final third. A lot of this will be solved when he develops a better understanding with the team.

Lastly, his positioning still needs some refinement. Griezmann must continue to look for space in between the lines and be an asset out of the ball for the team at all times. He needs to position himself either to create space for others, or make space for himself, especially against teams defending deep. If all this requirements are met and joined by his undeniable quality, the next time Griezmann steps on the pitch for Barcelona is bound to be even better than the previous one.

• The new role of Ter Stegen under Quique Setién