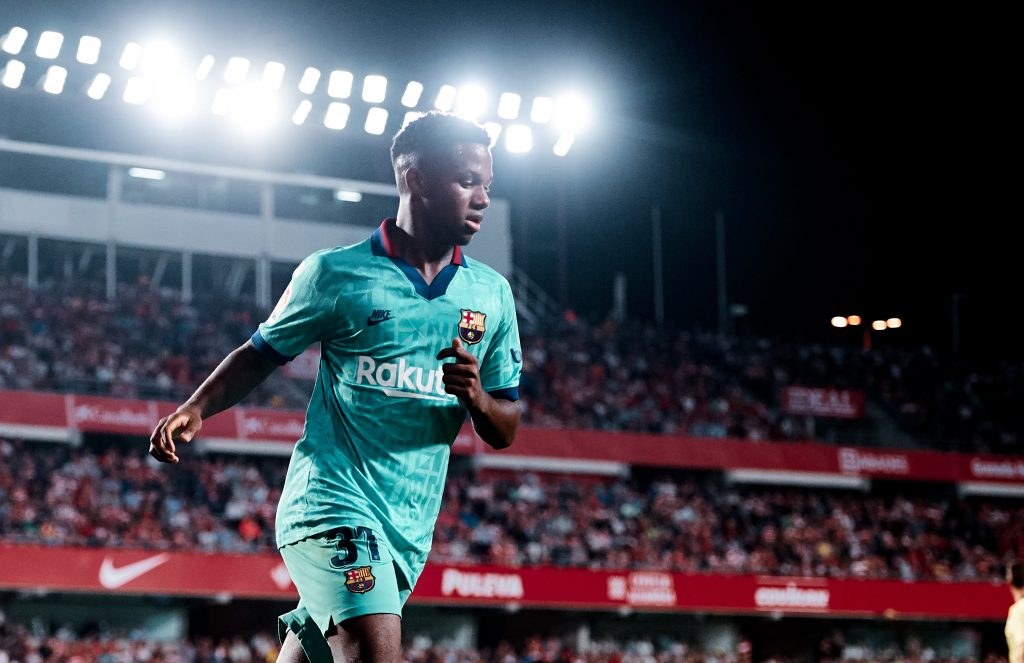 Friday will be a big test for both Barça and Bayern. While we don’t know anything about the line-ups, we could imagine potential rivalries, and one seems very exciting: Ansu Fati against Joshua Kimmich.

Football is a sport of duels. Whether it is two teams, countries or players going head-to-head, the rivalries in football are always fun to watch, as long as the fans don’t spoil it as they did with the eternal Lionel Messi vs Cristiano Ronaldo debate. This debate has been dragged for long enough, and fanboys of both have used supernatural logic to defend their superstars. While any culé would prefer Messi, they should not take anything away from Cristiano, his longevity and his dedication.

Often, fans think that to settle the debate, there should be an important encounter between the two rivals to see who would win, be more decisive and clinical. As Barça and Bayern have a great history, which revolves around the sport and no animosity between the two giants, they play each other on Friday in the quarter-finals of the new World Cup-like Champions League. One leg, no home advantage or away woes, just football at its purest.

As Manuel Neuer will still try to show Messi who’s boss, many other duels are set to be close encounters, especially given the position of some of the stars that will play on Friday. The duel presented here is between a teenager and someone who can play everywhere.

Ansu Fati is bright, probably the brightest talent in over a decade to emerge from La Masía, but Quique Setién doesn’t start him as often as he should even though he deserves the gametime with his form and Ousmane Dembélé’s repeated injuries.

Ansu Fati is unlikely to start against Bayern, but could wreak havoc if utilised | Photo by Alex Caparrós via Getty Images

On the other hand, Joshua Kimmich came as a midfielder under Pep Guardiola, was trained to be the next Philipp Lahm and excelled at every level of the pitch. As a holding midfielder, a right-back or even a centre-back, the German international has fit like a glove in Hans-Dieter Fick’s system and has had many standout performances, including the one against Borussia Dortmund about a month and a half ago where he scored the winning goal with a chip. However, with Benjamin Pavard absent for the clash, it is likely that Joshua will feature on the right of the defence, and if Ansu Fati starts on the left, the duel will be tasty.

Kimmich isn’t the quickest and Ansu would outrun him as he did against Levante in the 2–1 win a few months ago. Kimmich is intelligent, though, and he would never surrender much space to a player like Fati, who is known for his runs in behind and his unpredictable dribbles and shots such, like the one that went in against Villarreal or against Leganés post-lockdown. Kimmich knows how to position himself to leave Fati with no choice than to face his rival. But if Barça are well-equipped tactically, the Guinea-Bissau native could harm Kimmich in a big way.

Bayern play with a high line, as Barça do. Ansu Fati craves the empty spaces in the back of the full-backs and culés see him do it two to three times a game, even though he is many times ignored. Fati could leave Kimmich dumbfounded as the defender could have to mark Ansu during the whole game, basically as Mateo Kovačić did in Barça’s 3–0 demolition of Real Madrid in El Clásico in 2017. In this game, Zinedine Zidane sent his Croatian midfielder to man-mark Lionel Messi, and that caused the first goal of the game, where Kovačić was left wondering if he should close down Messi or the ball-carrier in a dangerous position. He chose Messi and conceded the first subsequently.

If Ansu starts –– which, nevertheless, seems unlikely now ––, Kimmich could be given the duty to stay next to the La Masía graduate for him not to escape, and that could hurt Bayern a lot. If Ansu plays a free role, Joshua would have to follow him and lose his stamina in the process, while at times he would have to let his right-back duties to counter Fati’s inside runs. As Messi already plays a free role and will attract most defenders towards him, Kimmich will have no choice than counter the other free role in the team, if Ansu starts.

This battle on Barça’s left flank could open many breaches, especially for Jordi Alba, who hasn’t been given as much space in the past few seasons to play his trademark Messi one-two that worked so well under Ernesto Valverde in the first season.

Besides, Ansu’s role combined to Messi’s could open doors for the striker. If Fati starts, Griezmann could be the lone striker to cover the most distance on the pitch as he always does. Griezmann would also free some space for other attackers, namely Fati who would have acres of space to run into when in behind Kimmich’s back. Nonetheless, Bayern could counter that by choosing to play a zonal defensive shape. By relieving Kimmich and the defence from marking three runners in Messi, Griezmann and Fati, Bayern would save energy for the next phase when they got the ball.

Kimmich is also an attacking full-back, and Ansu will have to be wary of the tricky German, who can hurt both Fati and Jordi Alba while relieving Serge Gnabry or any Bavarian midfielder on the right to distract Alba from the real threat.

The battle will surely be tactical but will rely on the individual prowess of the two gems. First, Kimmich’s intelligence can’t be doubted, and Ansu’s physical prowess neither. If Setién opts to make his winger run in behind, Hansi Flick could try and counter in many ways as the battle would be special between two bright spots in modern football. Whether Ansu or Kimmich lose or whether Bayern or Barça lose with their protégé as the winner, the battle will be worth the wait. Barcelona could surprise a few, and so can Anu Fati.