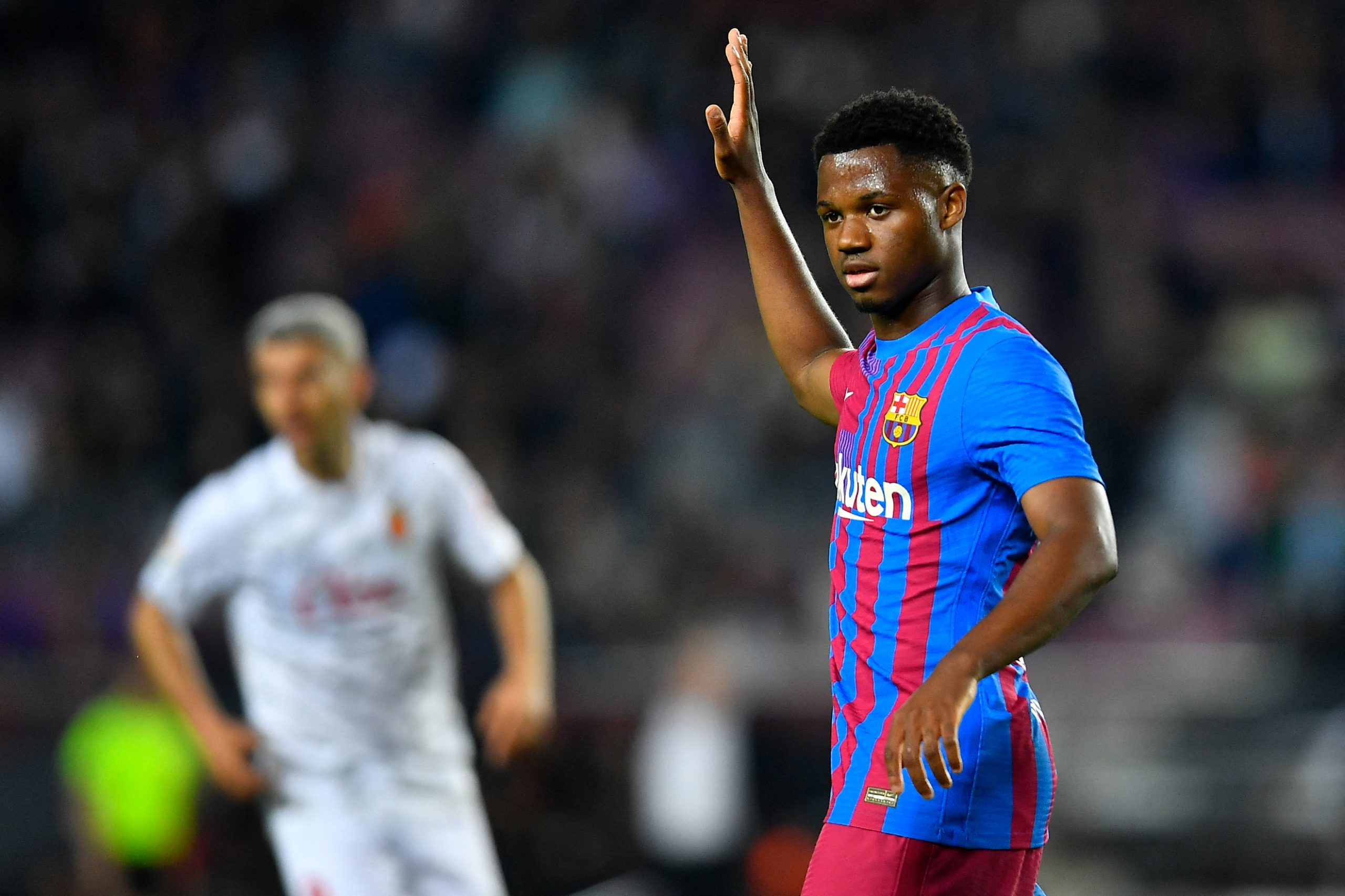 Ansu Fati has had a difficult 2021/22 campaign with injuries preventing him from getting a regular run in the side.

The 19-year-old missed most of the last season due to a serious knee injury. Upon returning in September last year, he started well but soon succumbed to another injury in early November.

While he did make a comeback in January earlier this year, Fati lasted just three games before picking up yet another injury that sidelined him for more than three months.

The teenage prodigy returned to action this past weekend, making a substitute appearance in the 2-1 win over RCD Mallorca at Camp Nou.

Having endured a torrid campaign, the La Masia graduate is now looking forward to finishing the season solidly with Barcelona, following which he will hope to stay injury-free and achieve great success with the club.

Manager Xavi Hernandez has a lot of faith in the 19-year-old and is planning to make him a leader of this Barça side despite his young age.

And, Fati, speaking in an exclusive interview with Sport Bible’s Jack Kenmare, has outlined his long-term ambitions with Barcelona, saying:

“My main ambition is to win titles with Barça. To achieve that for the club and the fans is my number one goal. If this means I also achieve personal records, then amazing. I’ll work hard and stay dedicated.”

The teenage sensation has not played much under Xavi due to injuries but insisted that it was a privilege to be trained by the club legend.

“It’s a privilege to be able to train with someone who knows the club so well. It’s great to know how much he cares about Barcelona,” Fati said.

Fati also reminisced about his first call-up to the senior team in 2019, which happened when he was training for Barça’s B team. Speaking about the moment, the La Masia graduate said:

“I remember training with Barcelona B and suddenly, I was called to train and eventually play with the first team. It was a dream come true that was almost impossible to understand at the time. I remember it as if it was yesterday, genuinely.”

The 19-year-old also touched upon his idols growing up, naming Chelsea legend Didier Drogba as someone he looked up to a lot during his youth football years.

“I followed Didier Drogba a lot when I was younger, he was incredible. But rather than looking at one player in particular, I prefer to look at footballers more generally, and enjoy all of the great players we’ve seen over the years,” Fati stated.

The FIFA World Cup will be played out this year in Qatar. And, Fati, who has four caps for the Spanish national team, is hopeful of making the cut for Luis Enrique’s squad for the quadrennial extravaganza later this year.

“I’ll fight very hard to be there. To be with the national team is always a dream of mine, especially during a World Cup. I’ve dreamt about winning that trophy my whole life, so let’s see,” he said.

Ansu Fati, in his fledgeling career, has been linked with a big-money move to Manchester United in the past.

However, when quizzed if he has ever thought about leaving Barcelona, the youngster replied: “No, honestly. Barça have given me everything. This is my club.”

Ansu Fati has featured 11 times for Barcelona this season, scoring five goals and setting up one more. He will be hoping to help the team seal a second-place finish in La Liga with four more games left to be played.