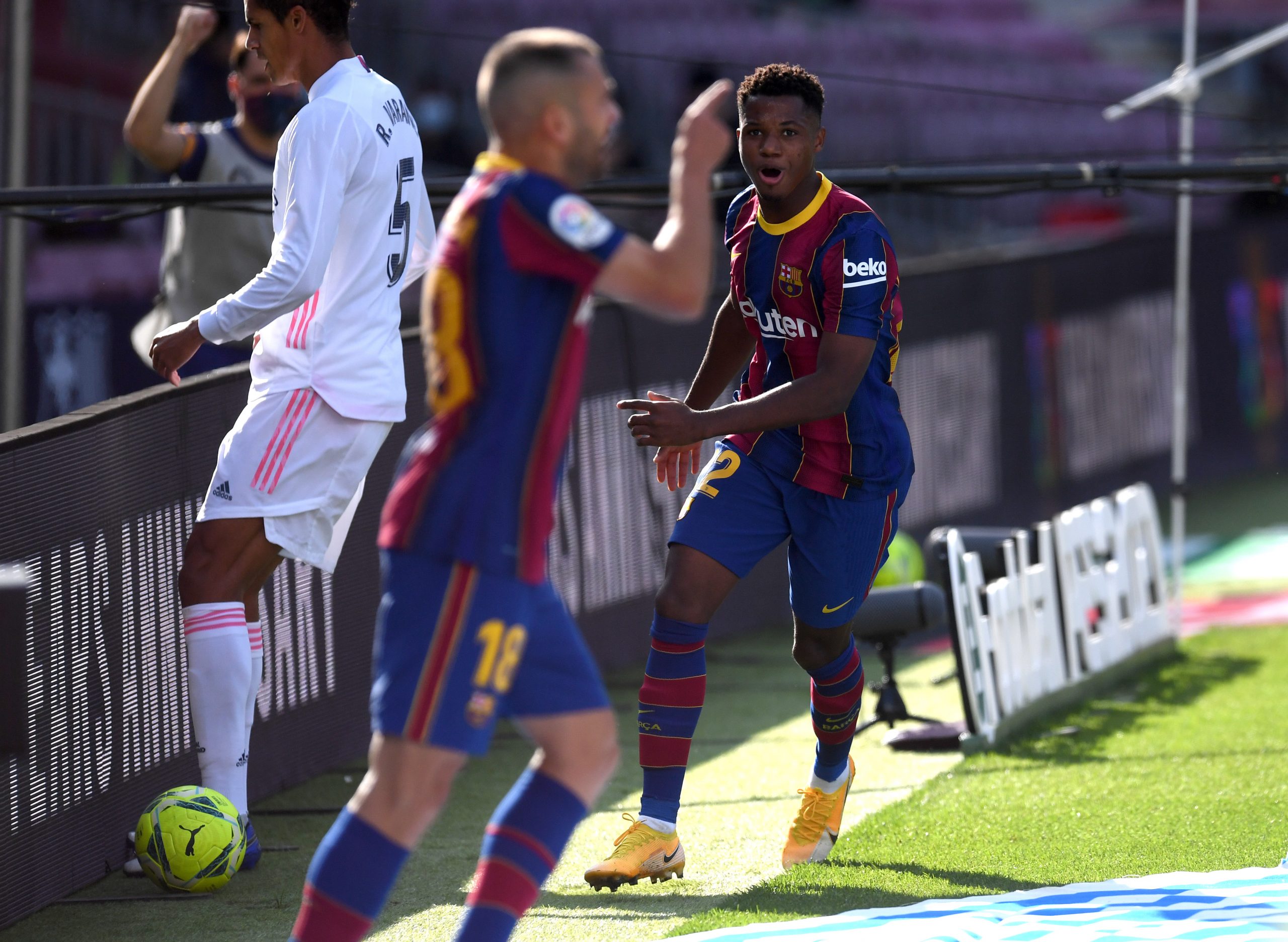 Everyone had already gathered knowledge about Ansu Fati’s brilliance last season when he took La Liga by storm scoring seven goals in 24 games, out of which just 11 came as starts. While it was fairly easy to predict that Fati would continue at a similar or a higher level this season, nobody expected him to perform at the level he is operating at.

Fati has already registered four goals in the league in as many starts, while also striking one in the UEFA Champions League against Ferencvaros. Not only do his numbers put him on top of Barcelona’s goalscoring charts, but the four goals also mean that he is the joint leading goalscorer in the La Liga, with none other than two former Barcelona strikers Paco Alcacer and Luis Suarez level with him.

? — Ansu Fati for Barcelona this season:

In many situations, a 17-year-old top as the top-scorer would raise the concern of quality within the squad, but not with this Barcelona, who have the likes of Ousmane Dembele and Fransisco Trincão often warming the bench, and Lionel Messi, Philippe Coutinho and Antoine Griezmann starting alongside the Spaniard.

There are clear signs of a world-beater in Ansu Fati, who has already bagged several records to his name, and capped off the previous month as the La Liga Player of the Month. The award was officially bestowed to him before the game against Real Madrid, after which he became the youngest ever goalscorer in the El Clasico as well.