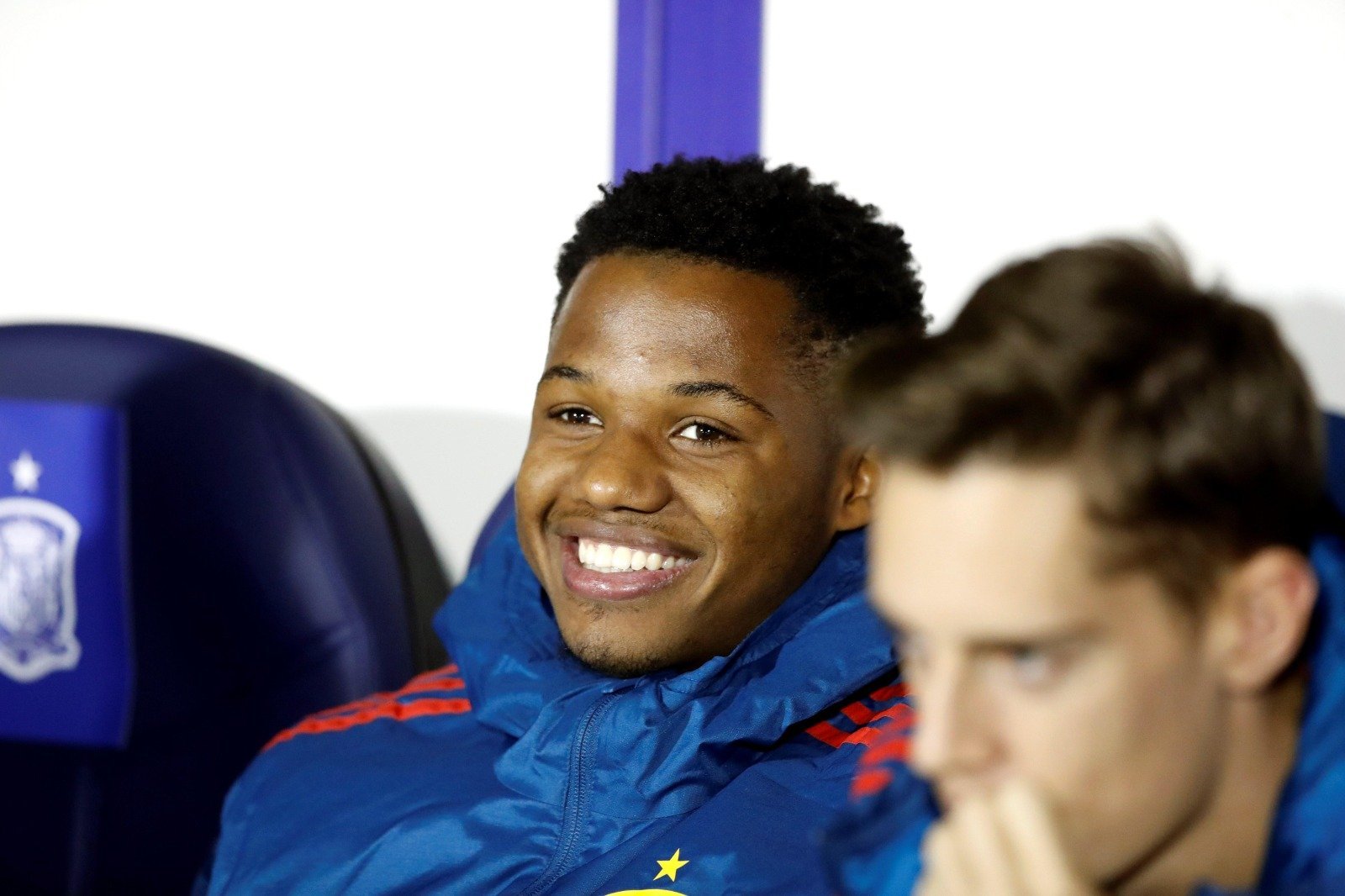 Photo by Rodrigo Gimenez via Imago

Ansu Fati keeps making the headlines as the great youngster has once again gotten a video viral while showing his skills with his friend Adama Traoré. Traoré spoke about Ansu earlier as he stated that they knew each other since La Masia. The video showed their friendship as they showed many skills and complemented each other really well.

Earlier, Luis Enrique spoke about Ansu and how he wants him at 100% for the next game, and that explains why he did not start him or at least sub him on. Perhaps, he wants him and Adama, who won his first cap for Spain, to play together against Switzerland on Saturday.

“Ansu Fati needs patience, tranquillity, and a calm climate that we will try to give him. To keep playing for the national team, you need to keep running in defence. We would do him a disservice if we wanted him to solve each game for us. He’s still a teenager.”

Adama is an ex La Masia graduate who left the Camp Nou in 2015 for Aston Villa. After a few unsuccessful stints in England, with Villa and Middlesbrough, he made a name for himself at Wolves, where he’s excelled and faced former La Masia player Eric Garcia who’s playing for Manchester City. At least Ansu is still excelling at Camp Nou.