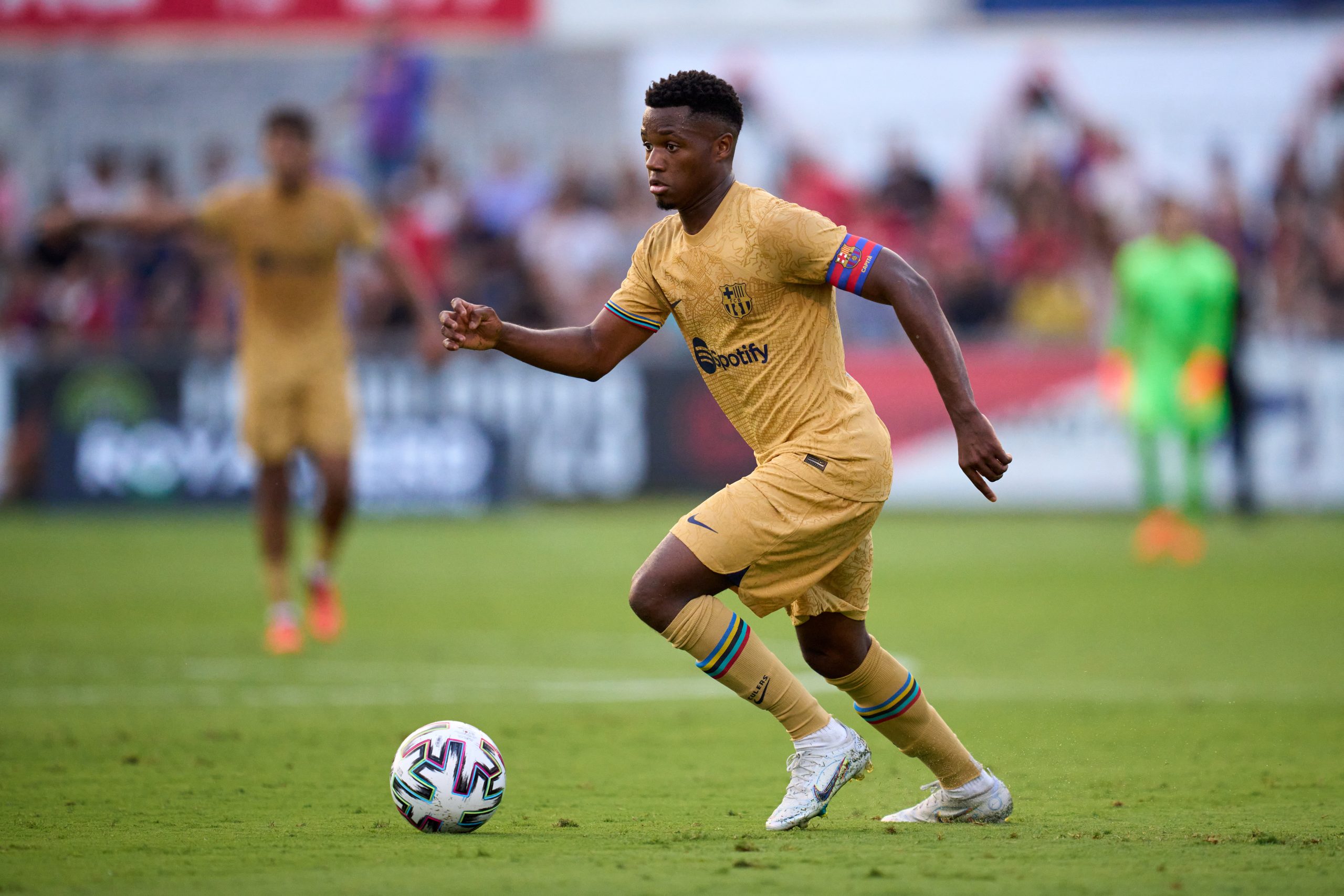 Speaking to Catalunya Radio, Barcelona prodigy Ansu Fati claimed that he will be back at his 100% after his injury ordeals over the past couple of years.

Fati missed large chunks of the last two seasons due to injury troubles. A knee injury in November 2020 sidelined him until the start of the last season. Following that, the Spanish forward struggled with a hamstring issue which restricted him to just 13 appearances in all competitions last term.

However, having completed his rehabilitation and recovered completely, the La Masia graduate is confident that he will be back to his best in the upcoming campaign.

“I’m convinced I’ll be able to become the player I was before my injury. I am working hard to achieve it. Right now I’m not 100%, but I’m very close,” Fati said.

When quizzed if the thought of retirement crossed his mind amidst the injury issues, Fati said that he never had any such notions and insisted that he has a long career ahead of him. “No, I have never thought of retiring. I am very young and I have my whole future ahead of me,” he stated.

Talking about the new signings made by Barça and the number of options at manager Xavi Hernandez’s disposal, the teenage sensation said: “We are building a competitive team. The new signings will offer us a lot.”

Talking about the competition for places in the team, he said: “We know that if you don’t work well, you won’t play because there will always be another player that can come in and play in your place. This is great because it will always keep us on our toes.”

Barcelona have endured somewhat of a barren run in terms of trophies in the past few seasons. And Ansu Fati exclaimed that the Catalans must end this run and get back to winning silverware.

“Barcelona are a team that wants to win titles. We know that we have only won the Copa del Rey in recent years… Barça cannot afford that,” he said.

Fati has featured in all three pre-season games for Barça against UE Olot, Inter Miami and Real Madrid, and even scored in the contest versus Inter Miami last week.

Manager Xavi and the Barça fans will be hoping that the youngster’s injury ordeals are a thing of the past heading into the new season.