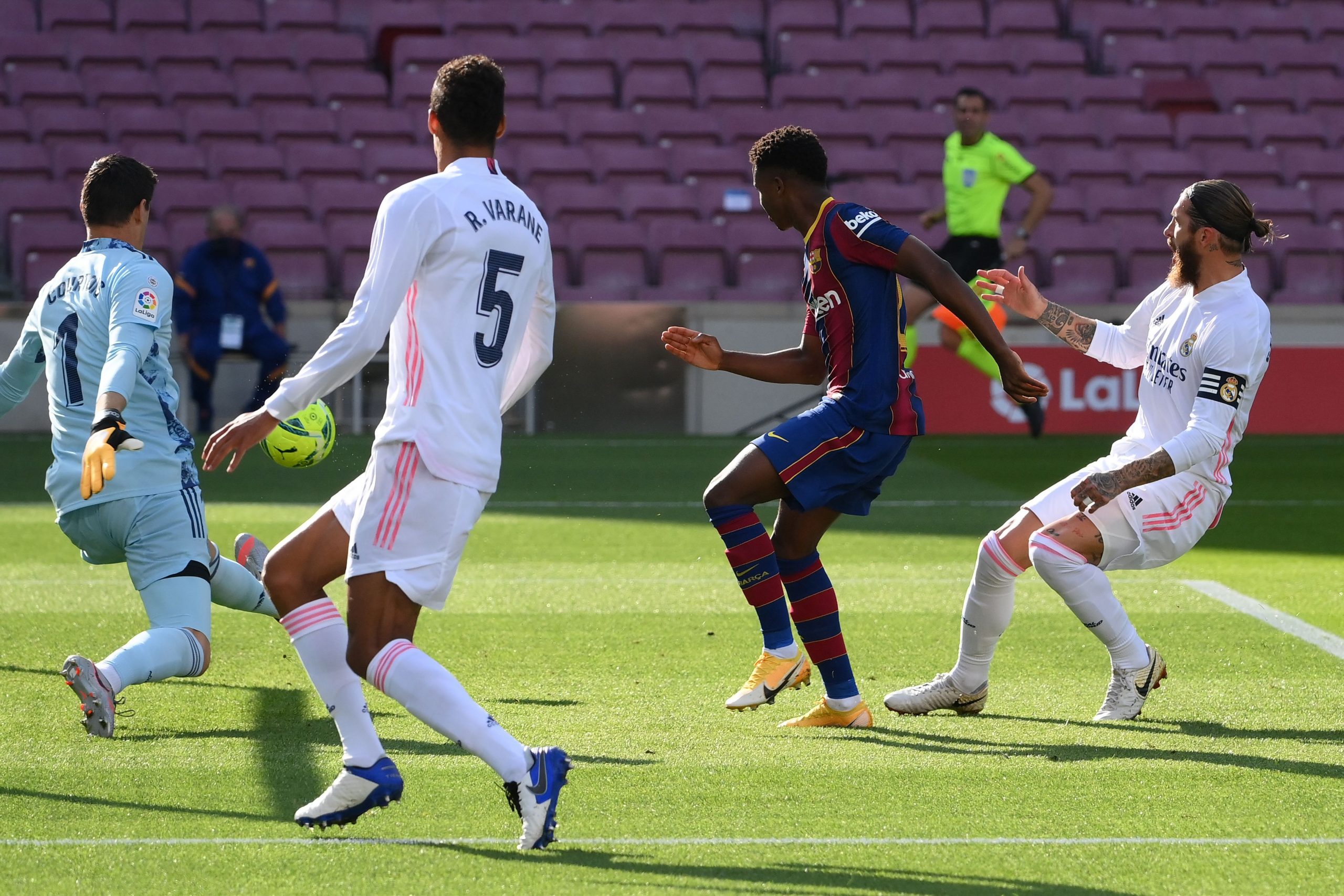 Barcelona started El Clasico in the worst way possible after Federico Valverde opened the scoring at Camp Nou early on, but Ronald Koeman’s side knew how to reply almost instantly and made Culés breathe a bit. The scorer was Ansu Fati, who now breaks another record in his young career.

After his equaliser, Fati is now El Clasico’s youngest-ever scorer, scoring in the most important fixture of the year a week before his 18th birthday. After an ingenious pass from Leo Messi, Jordi Alba ran with the ball and gave the ball to Fati, who scored in Thibaut Courtois’s net. Koeman utilised Fati as a striker in El Clasico and his choice paid dividends as the teenager already opened his El Clasico account.

Barça fans began panicking after Valverde opened the scoring early on but the Culés, after a few minutes where they struggled, managed to get back into the game and level the scoring. Moreover, Ansu Fati isn’t the only teenager on the pitch as Koeman surprisingly started Sergiño Dest and Pedri for their first El Clasico. Dest is now the first American to appear in the prestigious fixture.