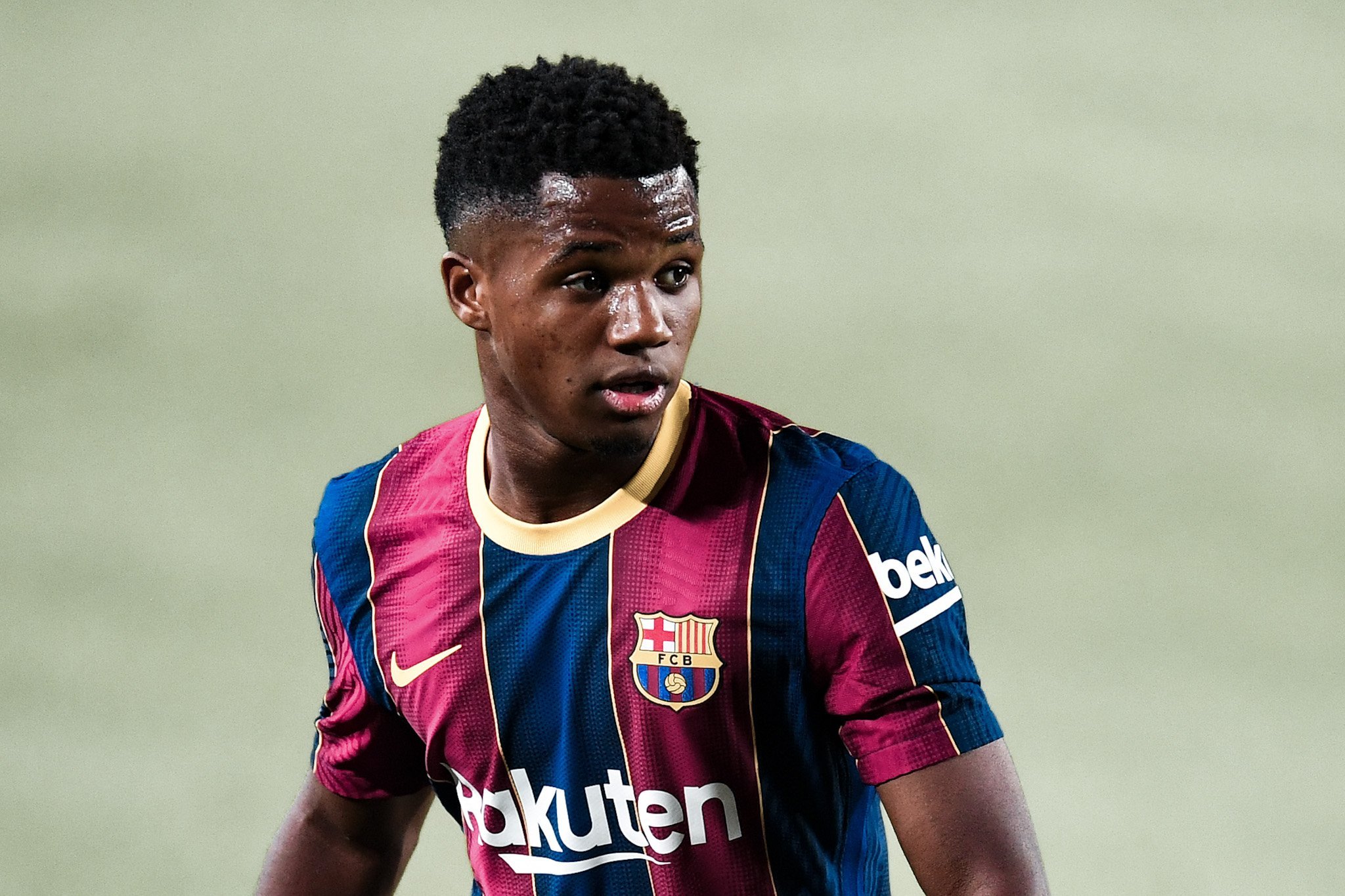 In Ronald Koeman’s La Liga debut as manager of Barcelona, he handed Ansu Fati a starting place in the team. It proved to be the correct decision as the youngster stole the show. It was great seeing Barça play with proper wingers again which helped unlock the Villarreal defence.

On Sunday night, Barcelona played a strong Villarreal side. As the Blaugrana kicked off their campaign, the Yellow Submarine had already played two La Liga games. The Barça defence looked shaky at times but in the end, kept a clean sheet. They passed the ball out from the back well with Clément Lenglet breaking the press with a beautiful left-footed pass on several occasions.

In midfield, Sergio Busquets struggled to adapt to the double pivot role and was off the pace with his passing. On the other hand, Frenkie De Jong looked more comfortable in this position. His build-up play was excellent, and he covered a lot of ground. Miralem Pjanić also impressed in his cameo and will be pushing for a starting role.

In attack, the Catalan side went with a front four. Antoine Griezmann was the quietest of the forwards and sometimes found himself too wide again. Philippe Coutinho looks to be regaining some form in his preferred position. He was involved in the build-up plays and gave a great assist to Fati. Lionel Messi put in another impressive performance and seemed to be enjoying himself. The attackers linked well and there was a lot more movement than recent seasons. Their understanding should continue to improve as the season progresses.

However, the real stand out of the game was Ansu Fati. The 17-year-old started on the left-wing and was a constant threat down this channel. Most of Barcelona’s attacks came down the left side with Jordi Alba having one of his best games in a long time. The two players combined well and seemed to effortlessly know where space was. When Alba and Neymar used to play on the wings they would sometimes compete over the same areas. But with Fati and Alba, they looked like a great partnership

On the night, Ansu Fati scored two goals and won a penalty for the team. His first goal came after a beautiful pass from Lenglet over the top of the defence found Alba. The left-back produced one of his classic cutbacks, but this time found Fati instead of Messi. The Spanish international unleashed a confident first-time finish leaving Sergio Asenjo almost static on his line.

Minutes later, Coutinho played the young winger through and again Ansu finished at the near post. Again, Lenglet found the pass through Villarreal’s press that started the move. Fati is proving to be a clinical finisher with 9 goals from just 14 shots in La Liga. Such composure in front of goal is rare for any player let alone a 17-year-old.

“When I am handed a chance to play, I become eager to take it and make the best out of it.”

The young winger was involved again when he was brought down in the penalty box by Mario Gaspar. Once again, Fati demonstrated his ability to take defenders on and beat them. His pace caused a lot of problems for the opposition’s defence. Ansu showed just how good he is tactically, as he is technically. His positioning and decision making were almost flawless, especially for someone who has had so little minutes in the first team. When he was substituted in the second half, he received a warm embrace from Koeman for his fantastic display.

The performance of Ansu last night also highlighted how important is it for Barcelona to play with wingers. Almost all the attacks came from the left-hand side where Alba and Fati played. However, there was only a handful of attacking plays coming from the right side where Roberto and Griezmann were. Having that width and pace really stretched the Villarreal defence and created space for others to exploit.

“I criticized Ansu for his performance in pre-season. That’s what gave him a boost. He made a huge impact, especially on the wings.”

The second goal of the evening shows how important having that width is. With Coutinho running through the centre, Griezmann was directly ahead of him. Two defenders were then dragged into the area around Antoine which allowed Fati more space to run into. If there was no left-winger, that space could not have been exploited and the goal would not have happened.

With the success down the left-wing, the manager may consider playing with a more natural winger on the right too. The right-wing was almost invisible for Barça over the 90 minutes and this is unsustainable for the full season. The substitutions of Francisco Trincão and Ousmane Dembélé showed how having two natural wingers could work. Dembélé was positioned on the left and Trincão on the right. Both offer width in the team and are can dribble past defenders. It is something to consider when playing against teams that play in the low block.

Overall, Barcelona’s first game of the season looked promising. There was a lot more intensity in the team and plenty of movement. The competition for places should keep players’ levels high and allow for rotations. So far, the 4-2-3-1 formation seems to be working and allows for some to play in their favoured position. Ansu Fati impressed during the game and showed why having pace and width is so important to any Barça team. The performance levels should continue to improve as players get used to the system and get more minutes on the field.